Earthquakes are super rare in this region. 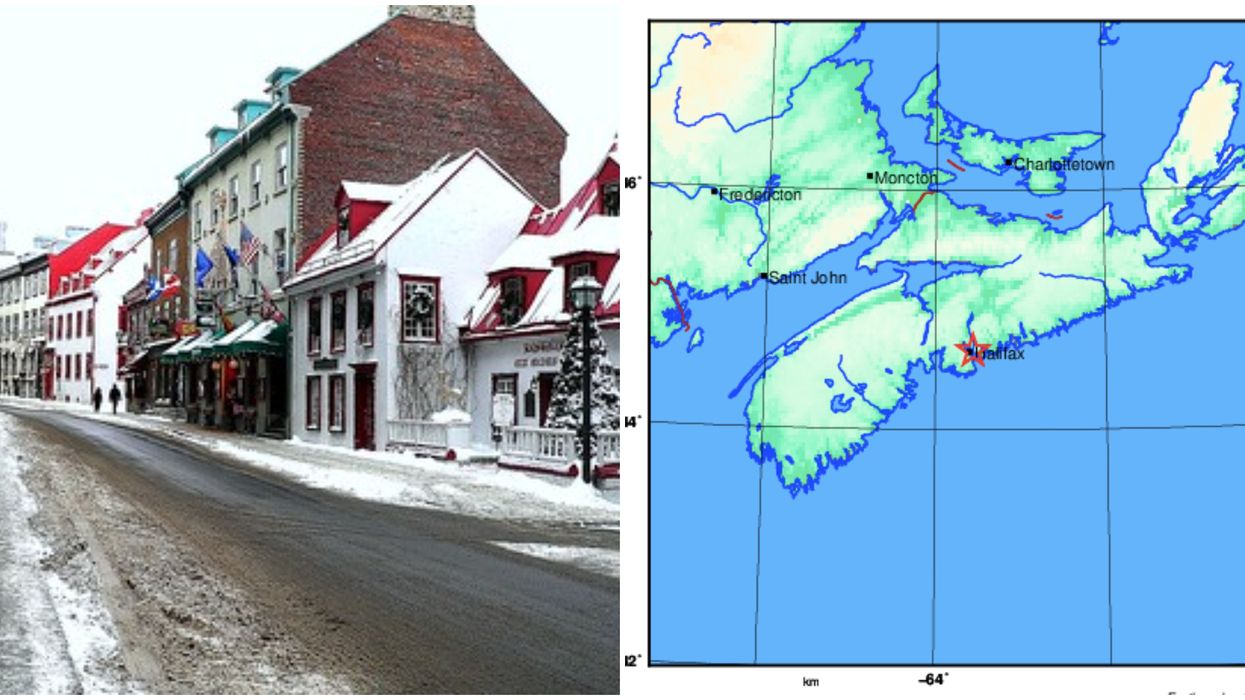 Residents in Dartmouth, Nova Scotia were shaken on the weekend after an earthquake hit the area. Citizens initially thought that the loud noise they heard was an explosion, but it turned out to be a 2.6 magnitude earthquake. The Dartmouth earthquake happened just before 9 p.m. on Sunday, and there were no injuries reported.Police started receiving calls at around 8:40 p.m. on March 1, according to a news release.

People called 911 to report hearing an extremely loud blast that lasted several seconds, and that their houses were shaking.Police say that the tremor was felt most intensely near Lake Mic Mac, Waverley Road, Montebello Drive and Caledonia Road.Crews were immediately sent to investigate and to speak to residents in the area. About 35 minutes later at 9:15 p.m., a seismologist with Earthquakes Canada confirmed to police that it was an earthquake that had hit the region.It was a minor convulsion, and there are no reports of property damage. CBC reports that it is unlikely that any earthquake under 5 on the Richter scale would be strong enough to cause any serious damage. Halifax Fire spent around an hour looking for damage, but luckily there was none.

Police are currently on scene in the Montebello area of Dartmouth, investigating reports of a loud noise. Please… https://t.co/IICdbBrHoW
— Halifax_Police (@Halifax_Police)1583111760.0

Many residents took to Twitter to recall the sounds that they heard when the earthquake hit.

"There was an earthquake in Dartmouth and everyone thought it was an explosion and called the police...," wrote one user.

"There was a small (2.6) earthquake here in Halifax last night. Unusual for this area. It was felt near Mic Mac Lake in Dartmouth. Our daughter lives near there, she felt the quake and heard a loud sound like an explosion," wrote another.

There was an earthquake in Dartmouth and everyone thought it was an explosion and called the police lmfao
— Alex (@Alex)1583119694.0

Halifax Today reports that earthquakes are extremely rare in that region. The earthquake had a depth of two kilometres, CTV News reports.

"An event this small isn’t usually felt by a lot of people unless it occurs in an urban area," Seismic Analyst Nick Ackerley told CTV. "We don’t expect it will have caused any damage."