Who knew you could pave a parking lot with plastic? 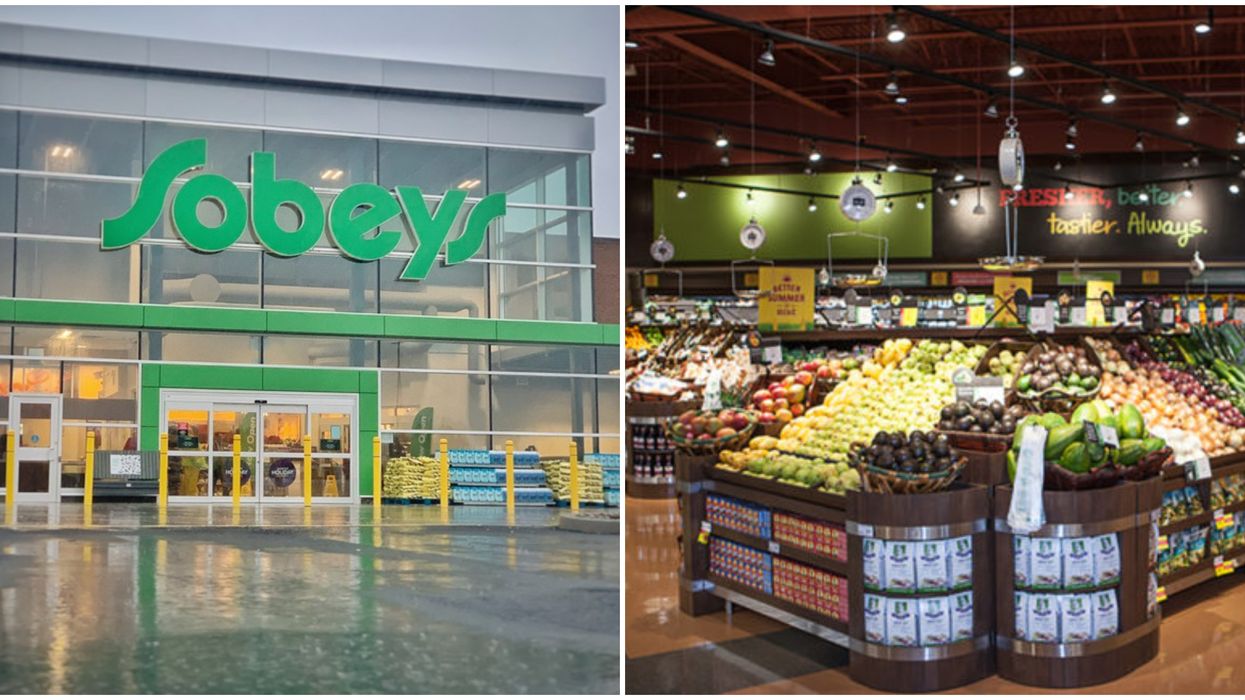 When you think of parking lots, plastic probably doesn't come to mind unless it's the plastic garbage you see blowing across them in the wind. It turns out that there is a connection between the two. A Sobeys plastic parking lot is now open in Nova Scotia.

It might seem a little weird to have one paved with plastic but it definitely happened.

On November 28, Sobeys opened a new store in Timberlea, Nova Scotia that has one of the first plastic-paved parking lots in Canada.

This parking lot is one of the first in the country to use post-consumer plastics that have been diverted from local landfills.

In the mixture used, the amount of recycled plastics is equivalent to more than six million plastic checkout bags.

"The post-consumer plastics parking lot and picnic bench out front, is one more way we are doing our part to integrate sustainability and innovation into our business. Projects like this represent the changes we all want to see – reduced single-use plastics, more reuse, and increased recycling of plastic waste," said Vittoria Varalli, vice president of sustainability with Sobeys Inc., in a news release.

In July, Sobeys announced that it will completely eliminate plastic bags from its locations Canada-wide by the end of January 2020.

Sobeys will be providing reusable mesh bags in their stores that are made out of recycled water bottles. Customers can return those bags to the store to be reused or recycled.

It makes sense that Sobeys is trying out new sustainability ideas in Nova Scotia like the plastic-paved car lot at the new Timberlea location.

Sobeys is headquartered in Nova Scotia, where the provincial government has passed legislation that bans single-use plastic bags in grocery stores and other retailers in the province.

Even though that law won't fully come into effect until October 2020, Sobeys is already ahead of the curve with its reusable bags and now this unique undertaking.

"As a company, we are proud of our Nova Scotia roots, that's why we're especially thrilled to continue growing our store network right here in our home province while finding unique ways to innovate locally and drive sustainability," said Varalli.

This might not be a conventional parking lot but it could be how they'll be made in the future.