This Canadian Cat Just Became Famous Across The World

A video of a Halifax cat has gone viral on Facebook! 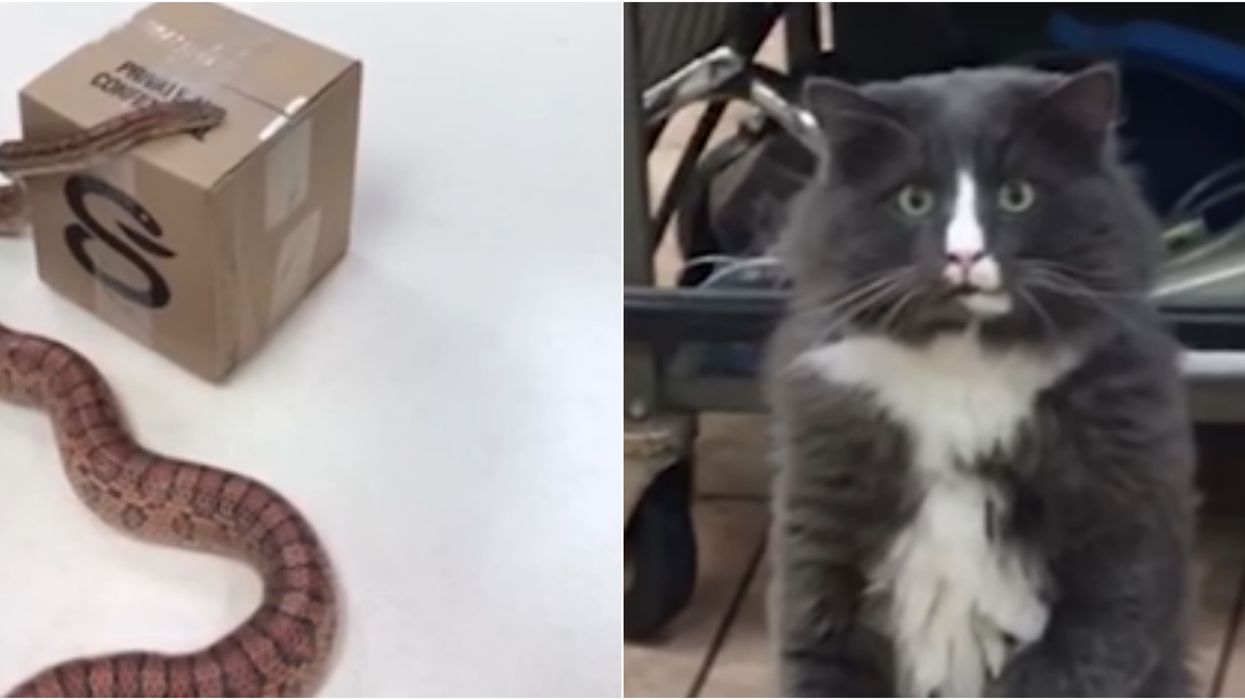 Sometimes, you just need a good laugh. YouTube has become famous as a place where you can watch endlessly adorable (and hilarious) videos of cats doing silly things. Ellen Degeneres has even dedicated segments of her TV show to showing adorable videos of cats because people just love it!

According to Global News, the cat is from a Halifax-area animal hospital. The resident cat was just minding its own business when a slithering snake took him by surprise.

In the video, you can see the snake is positioned behind a cardboard box on top of a white tabletop. The now-famous cat was sitting on the ground when she suddenly caught sight of the scary creature.

The cat amazingly got up onto his back feet (like a human, I might add) in order to get a better view of the snake. The camera zooms in on the stunned cat and his expression is priceless. His eyes are wide, his jaw has dropped and he literally can't believe what he's seeing.

Like most humans, the cat was terrified when he realized that he was within slithering distance of the terrifying reptile.

Here are some of the best comments.

It looks like most Facebook users agree that if it was them stuck in a room with a snake, they'd be pretty terrified too. Back in 2015, a Persian cat from Quebec named Atchoum went viral too!  Atchoum is a male kitten from Quebec, Canada. Due to a rare hormonal condition called hypertrichosis, he suffered from extreme furriness resulting in a "werewolf appearance".

Atchoum was super adorable and the internet loved him too! Apparently, Canada is famous for their funny and adorable felines.