Visit Tiverton, Nova Scotia for an incredible trip of a lifetime. 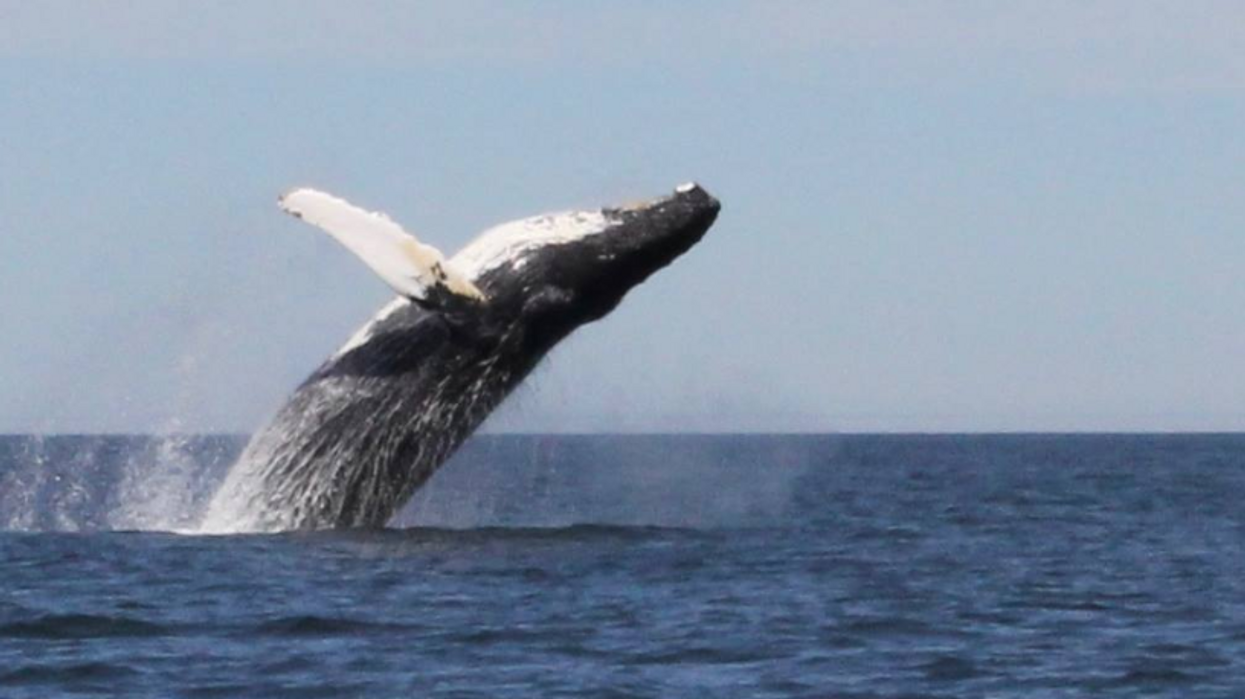 Just because summer is coming to an end does not mean that adventuring in Canada does. In fact, there is a new tourist destination in the eastern side of the country that has been growing more and more popular over the last few years.

Nova Scotia may be known for the capital city of Halifax but there is a new tiny, fishing village that's got a big reputation. That's because you can see the worlds largest mammal as soon as you leave the shore. If you've never heard of Tiverton, don't worry. This small village is located on the provinces Long Island at the north-west tip and has become a major attraction for their whale watching expeditions.

READ ALSO: A Canadian Woman Was Killed By Her Pitbull-Boxer Dog Yesterday And This Is What Will Likely Happen To The Animal

While the main industry in the area is lobster fishing, there are a growing number of tourists who are only interested in exploring the magic of the village and to adventure out to see some whales.

Ocean Explorations Zodiac Whale Cruises proves just what all the fuss is about and honestly, it's magical. Just two weeks ago they caught not one, not two, but three whales diving under the water in a triple breach.

READ ALSO: These Are The 10 Highest Paying Jobs For Students Across Canada And They're Hiring Now

The video shows just how magical whales are as you can see the massive creatures swim and dive. It's easy to understand why people have been taking the time to visit.

Tiverton may be known for the whales, but there are plenty of sea creatures to see, including orcas, dolphins, and even puffins too. If you love marine life and have been dying to see a whale in the ocean this is the perfect opportunity!

A whale watching tour is $85 per person and will last for around 2.5-3.5 hours per ride. That being said, sometimes trips out on the water will run longer to ensure that visitors will be able to see the marine life! Just make sure you dress warmly (even in the middle of the summer) because it's cold on the water. Not only has the boat tour been reviewed on Trip Advisor, it's actually been credited with an award of excellence since 2014. That's because of the team at Ocean Explorations Zodiac Boat Cruises never approaches or "wakes up" the whales, instead opting to let them approach if interested.

Tourists are required to wear safety gear before heading out on the cruise, which will be provided by Ocean Explorations. By creating a safe environment for the marine life both the tourists and the whales are safe and happy! Not only can you see whales, Tiverton actually has plenty for tourists to see for a village of only 300 people. Visitors are encouraged to explore the Boar's Head Lighthouse and enjoy the view.

Tourists can also take a 2.5-kilometre walk along the trail to Balancing Rock, a vertical column of basalt that stays balanced on the tip. The trail will lead you to a 235-step staircase that lets you look out over St. Mary's Bay and take a good look at what they call "Nature's Time Post."

You seriously do not want to miss out on visiting Tiverton in Nova Scotia. From the natural beauty of the landscape, the beautiful marine life, and the friendly people, it's a must-visit destination for any Canadian.

The only issue now is figuring out when you're scheduling your trip, but don't delay! Boat tours run from June to October so make time to see the whales before you have to wait for 2019!