This needs to be on your IG ASAP. 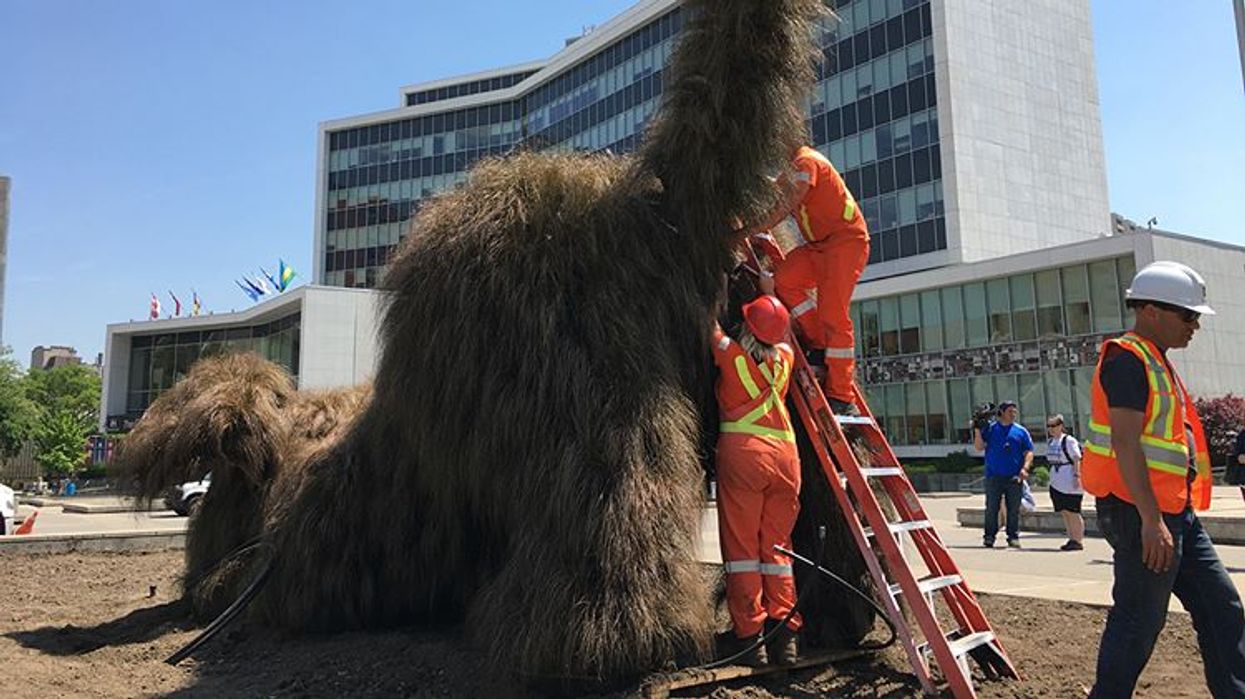 Ralph the dog is the latest weird sculpture that everyone wants to see. He's 15 feet long, and has shaggy fur made entirely out of grass from New Zealand. Ralph made his debut on Wednesday, and he's already attracted hundreds of curious visitors.

You can find him outside of the city hall building in Hamilton, Ontario. His fur is expected to keep growing all summer, but he'll probably be needing a trim at some point by one of the many horticultural staff that put him together. Ralph took over 100 hours to create. He's made out of three separate wire frames, including his tail. Built into the frames are several irrigation hoses and tons of soil, basically turning him into a dog-shaped grass garden.

The creators even built a giant butterfly to keep Ralph company. It's made out of multicoloured leaves to give it detail, like an actual butterfly. Just to install his tail was a massive operation. Four city staff members and a giant crane had to get involved. Here's what it looked like: Via City of Hamiliton

Via city of hamiliton

Via city of hamiltion

You've got all summer to take a trip to Hamilton and meet Ralph. He'll be sticking around until October, or the first frost.