Tim Hortons claims that they'll be updating accessibility training in response to the incident. 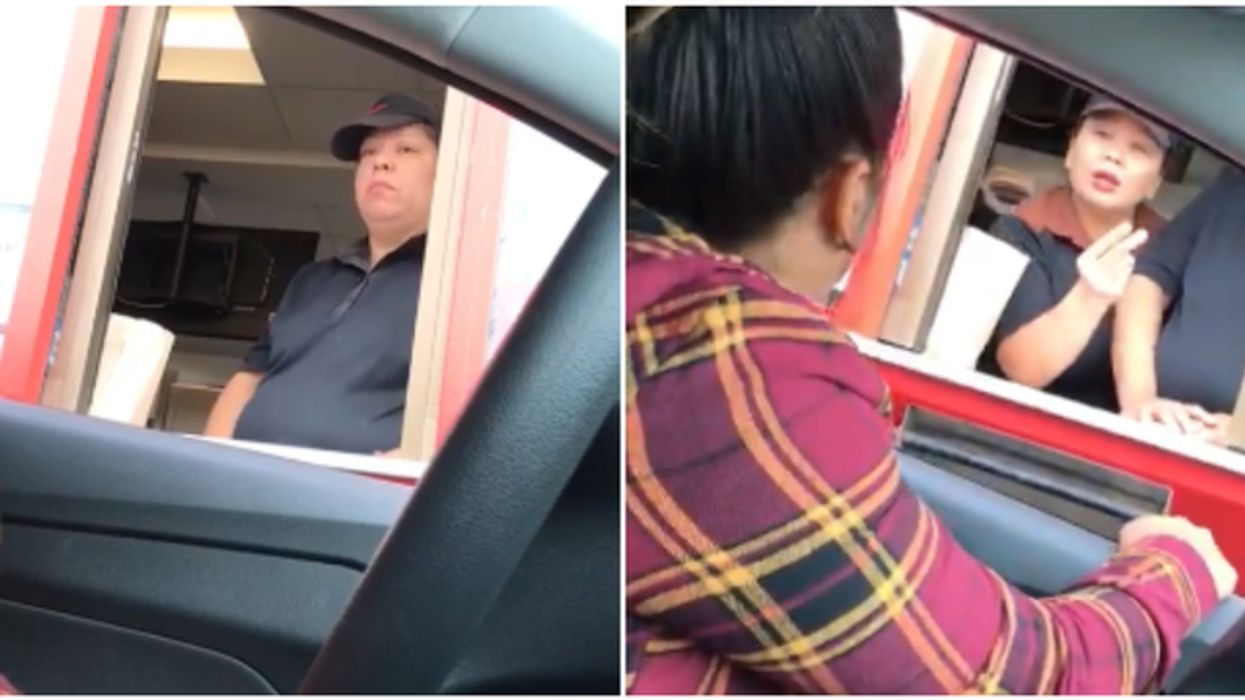 Making your way through a Tim Hortons drive-thru is a quintessential Canadian experience. We’ve all done it, and it usually goes off without a hitch. However, that wasn’t the case for Danna Morales, a deaf Hamilton woman who claims she was discriminated against by an employee. The alleged Tim Hortons mistreatment incident was captured on video and shared on social media.

Morales told CTV News that she showed the drive-thru cashier the order she'd typed up on her iPhone, which the employee reluctantly put through. However, Morales claims that the restaurant left out some of the items that she paid for. The problems started when Morales went back through the drive-thru to find out about the missing items.

A video of the incident was later posted on Facebook by Morales’ partner Francis Mena, who was in the passenger seat, with the following caption: “The lady at the window told Danna to go away and not come through the drive-thru again. After that, I took a videotape because two items were missing, then Danna told the lady at the window that she forgot about iced cap and Timbits. She then refused to give us the iced Capp and Timbits. She refused to read Danna’s phone.”

It looks like Morales eventually got her order after several minutes of arguing with the employee. A video showing part of the incident was posted to Facebook last week. The Facebook post currently has nearly 4,000 likes, 5,400 shares and has been viewed over 318,000 times.

Tim Hortons later responded to the situation in a statement to CTV News. “We want all of our guests to have a positive and welcoming experience at our restaurants. The restaurant has been working to rectify this,” a spokesperson said while calling the incident “unfortunate.” Tim Hortons also informed CTV News that they will be updating their accessibility training.

The City of Fredericton recently made plans to combat their own Tim Hortons drive-thru chaos by spending $40,000 to build a "traffic circle”. The move is an attempt to limit the amount of traffic that is clogging up the roads near one of the coffee shop's drive-thru locations.

The 25-year-old suspect was returned back to Canada on Monday.


Hamilton Police announced on Tuesday that the female suspect in the murder of 39-year-old Tyler Pratt has been returned to Canada.

Oliver Karafa and Yun (Lucy) Lu Li, who were wanted in an international manhunt, were arrested in the "party district" of Budapest, Hungary on June 12, reports CTV News.