This state is no stranger to ghosts. 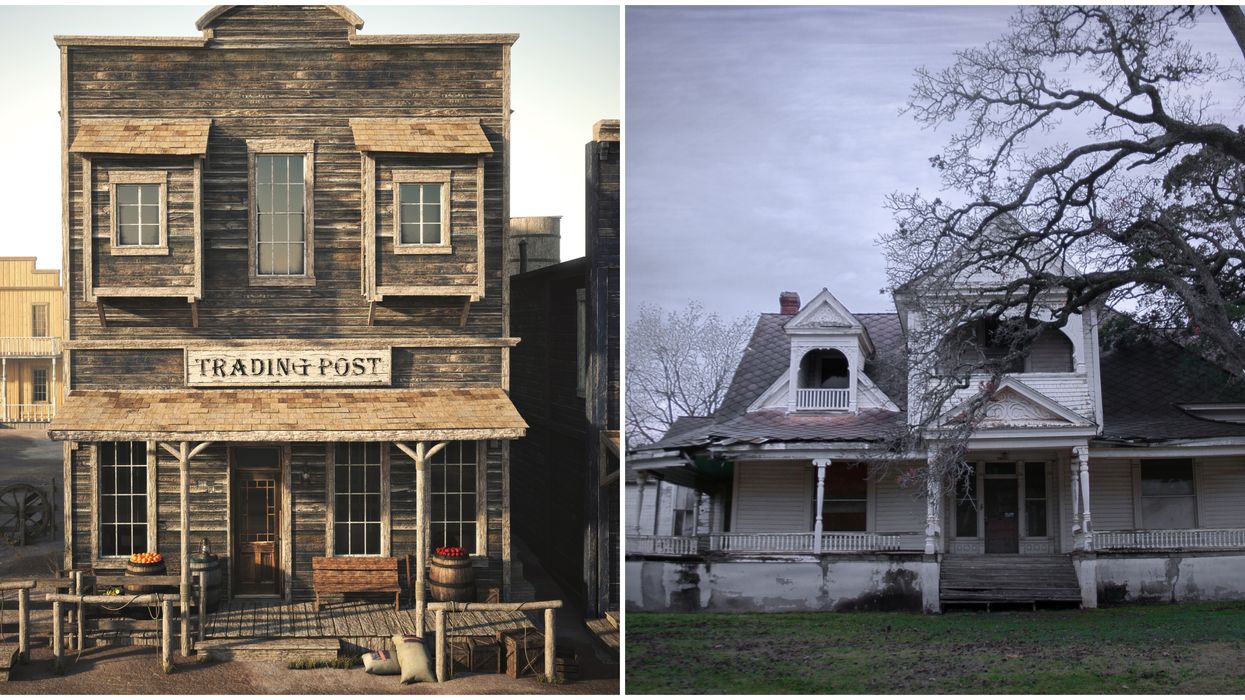 Texas is often seen as the Wild West, with tons of old ghost towns and barren land with tumbleweeds blowing across it. Though Texans know that there is much more to this state than just our farmland, we also know that those spooky places still exist. Some of the most frightening spots in the Lone Star State are hidden across miles of desert, but most are right under our noses. Here are 13 of the most haunted spots in Texas with legends that are worthy of Reddit's NoSleep.

The Legend: This hospital was opened in 1950 by the “Felician Sisters,” a group from the Roman Catholic Church, to rehabilitate drug and alcohol abusers. The center ended up closing only 30 years later and was completely abandoned. Daring ghost hunters and explorers have claimed to spot sinister figures such as giant dark apparitions with red eyes and potentially evil spirits.

The Legend: The bridge connects Denton and Copper Canyon and is 135 years old. There have been multiple murders that have occurred at this location, but the most notable is the one of a goat farmer named Oscar Washburn who was hung from the bridge. There have been people who have claimed to see the goatman creeping in the shadows late at night.

The Legend: Between the years of 1930-1940, a train collided with a school bus full of children, leaving children dead from the impact. According to the legend, the ghosts of the children appear around the haunted railroad tracks and you can even hear them giggling. You can visit these tracks to experience something like no other. Stop your car on the tracks and put it in neutral and the children will push your car off of the tracks.

The Legend: The hotel was built in 1840 as a sophisticated inn. After many years of being open, now 13 ghosts roam the building, according to the hotel's owners Erin and Jim Ghedi. There are many stories surrounding encounters that guests have had with the multitude of ghosts, making it a hotspot for ghost hunters and paranormal investigators.

The Legend: The U.S.S Lexington is a real decommissioned World War II aircraft carrier that you can take tours on and even occasionally ghost hunt on at night! Having been through a global war, the spot is highly active with paranormal activity. However, those who have spotted spirits claim that they are kind, with people claiming to have seen a uniform-wearing sailor who actually helps lost guests get back to the top deck.

The Legend: Stories claim that a murderous ghost walks the halls of old Bexar County Hospital. The ghost appears as a woman nurse in an old-fashioned uniform. According to the legend, she likes to kill patients in order of their room number, going one by one down the halls.

The Legend: The stories claim that travelers will come across a drenched girl who will ask them for a ride home. She tells the driver her address is in Oak Cliff, but once they arrive at the house, the girl will have disappeared into thin air but will leave the seat she was sitting on still wet. Legend has it that the girl drowned in White Rock Lake and is still trying to make it back home.

The Legend: This bridge in San Marcos is claimed to be a paranormal hotspot where passerby have spotted the ghost of a Confederate soldier. He appears in uniform with a rifle and becomes more frequently spotted before or during wartime. The story explains that the soldier lived nearby and had made a promise with his brother that they would both return home after fighting in the Civil War.

The Legend: The Driskill Hotel is an iconic staple on Downtown Austin's 6th Street. The hotel is elegant and historic, with a tasty cafe too. However, the 130-year-old building is known to hold a haunted history. People have supposedly spotted multiple ghosts throughout the big hotel’s hallways and rooms. Some have even said to have seen the ghost of the original owner, Jesse Driskill.

The Legend: The closer you get to New Mexico, the more paranormal things will get. This west Texas town past Route 67 has had many reports of people seeing spooky glowing lights in the sky. These "Marfa lights" will occur very randomly and move around unnaturally, splitting into multiple lights and moving across the desert. Spectators have guessed that their origin comes from heat mirages, the presence of aliens, or glowing spirits.

The Legend: Deep in East Texas' Big Thicket forest is the haunted Bragg Road, where people have claimed to see what is referred to as the Ghost Road Light. It only appears at night to those driving down the dark, quiet road. Though there are many stories speculating what the figure might be, from the ghost of Mexican laborers to a war deserter to a lost hunter, all the stories told by witnessed include the same floating ball of light.

The Legend: There are multiple versions of the story behind this haunted spot since it has been around for many years. One version claims that a family near San Antonio met a tragic end when the father set fire to his home, killed his kids, and burned his wife until she was horribly disfigured, vaguely resembling a donkey. She still haunts Elm Creek and attacks those who try to cross over the bridge.

The Moody Mansion on Galveston Island

The Legend: The mansion was first built in 1895 and became a Recorded Texas Historic Landmark In 1967. There have been many reports of a high number of distortions in photos taken at the mansion that could possibly be apparitions along with unexplainable noises being heard in various rooms.