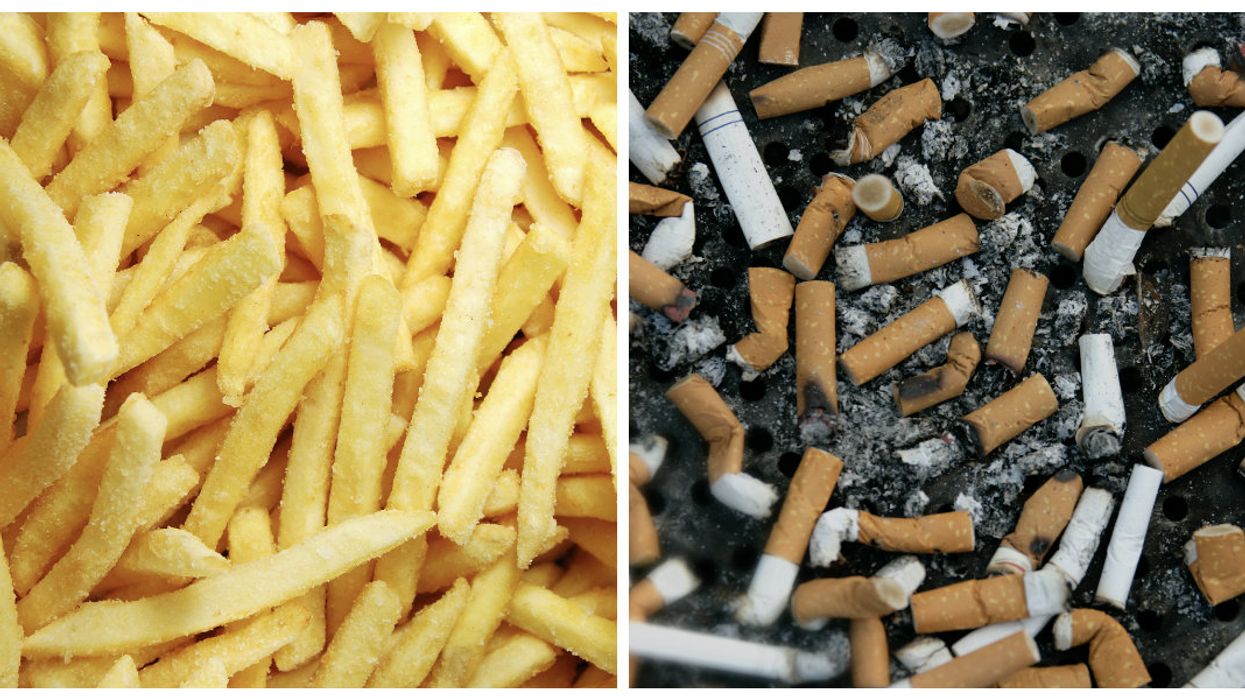 If you've been finding it challenging to commit to your New Year's resolution of eating healthier this year, this article will probably provide you with all the motivation you need. Health Canada has identified an ingredient in processed foods called acrylamide, which is a chemical that turns into a substance called glycidamide when it breaks down in the body.

Both acrylamide and glycidamide have been known to be carcinogenic (cancer-causing) in humans and animals.  Shockingly, acrylamide is the same chemical as one of the cancer-causing agents found in tobacco smoke.

A new study by the scientific journal "Genome Research" has also identified and confirmed a link between processed foods, like French fries and potato chips, to genetic mutations that could result in cancer. The study, which was initiated by the Molecular Mechanisms and Biomarkers Group, suggests that acrylamide is a “probable human carcinogen.”

According to the head of IARC's Section of Nutrition and Metabolism, Dr. Marc Gunter, "The potential role of acrylamide in cancer has been under scrutiny for some time, although actual exposure to acrylamide has been challenging to measure in epidemiological studies."

He also explained in a press release, "This new study provides intriguing evidence that acrylamide can cause specific mutations in humans that may lead to cancer development."

Health Canada has stated that acrylamide is not deliberately injected into food, but rather, exists as "a chemical that naturally forms in certain foods, particularly plant-based foods that are rich in carbohydrates and low in protein, during processing or cooking at high temperatures" for long durations of time.

French fries and potato chips are now found to have a cancer causing chemical now... we all know the effects of these unhealthy foods on increasing risks for obesity, diabetes and heart disease. #stopjunk #peelawaydiabetes https://t.co/dlMtNwp9Ci

Me, discussing with friends: there are plenty of articles stating that eating meat can cause cancer, maybe u should cut down a bitMe, finding an article telling me fries can also cause cancer: pic.twitter.com/0gkRVwguDP

Research conducted by the federal government has indicated that the foods that contain the highest levels of acrylamide are French fries and potato chips. However, acrylamide can also be found at lower levels in foods like "cookies, breakfast cereals, bread, as well as other foods that are also processed at high temperatures such as coffee, roasted almonds, and grain-based coffee substitutes."

In commercial settings, acrylamide is used to manufacture some forms of plastic, in addition to other materials. Although acrylamide is often used in the manufacturing of some food packaging, evidence has not been found to suggest that packaging contains acrylamide at levels that could potentially cause a health concern, unlike in food.

The IARC's study determined that of the approximately 1,600 different types of cancerous tumours that were tested, nearly 30 percent had glycidamide-linked "mutational signatures".  The vast array of tumours included cancers of the liver, kidney, bile duct, colon and uterus - all deriving from exposure to dietary and occupational acrylamide.  Additionally, researchers examined smoking-related cancers involving the lungs, head, neck and liver.

Dr. Jiri Zavadil, a scientist at IARC and the study's senior author, commented in a press release that the study "provides important mechanistic evidence that a commonplace dietary and lifestyle agent can produce highly characteristic DNA damage, thereby potentially contributing to the development of cancer."

Health Canada advises Canadians to eat a diet that is consistent with Canada's Food Guide, including limiting your consumption of fried or deep-fried foods and snacks such as french fries and potato chips. It is important to note that Health Canada has stated that occasional consumption of these products is not likely to be a health concern.  The Canadian government has also prepared information on how to minimize acrylamide formation if, and when, you make french fries at home.