Would you expect anything less? 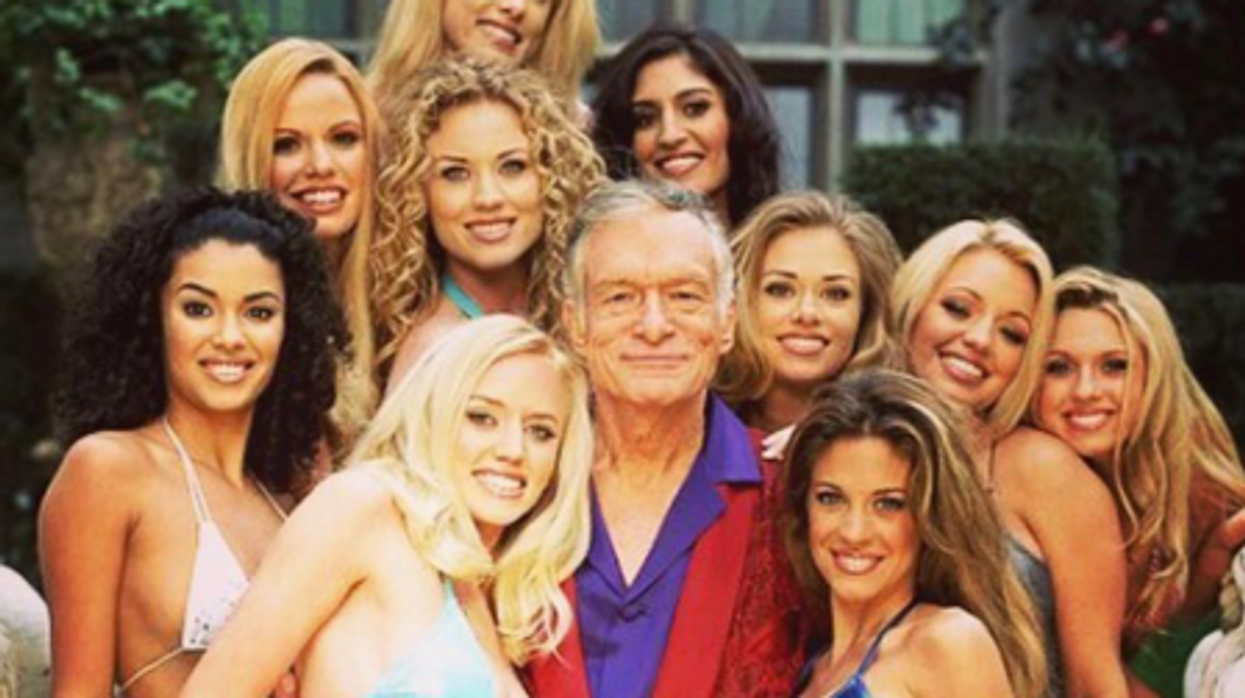 Since the passing of Hugh Hefner Hollywood celebs have been taking the time to honour the infamous Playboy and all of the amazing times shared within the Playboy mansion. Whether they're former playmates, cover stars or simply guests, it's undeniable that you left the Playboy mansion without a story.

Hef celebrated literature, poetry, politics and civil rights but is most fondly remembered for his parties, their extravagance and raw sex appeal.

70's movie stars used secret tunnels to get into the mansion

In the 70's, when Playboy was very much a hot commodity, there were rumours that the movie stars of the moment like Jack Nicholson, Warren Beatty, Kirk Douglas and James Can had a secret entrance to the mansion. This was recently uncovered when the mansion's blueprints were released in 2015 that showed a network of tunnels underground.

Rihanna and Leonardo DiCaprio reportedly made out at a Playboy party

While the rumours of their relationship were never confirmed (or denied) apparently the two cuddled up and kissed at a party celebrating designer Nikki Erwin in 2015.

After a challenge in a 2006 episode of The Apprentice, Trump brought his winning team to the Playboy mansion as a celebratory event. A former contestant recalled that Hef and Trump sat around a fire where the contestants chatted with dozens of Playmates. "It's hard for me to tell which of these girls are yours and which ones are mine," Trump said. While Trump was pictured on the cover of Playboy in the 70s and was a big Hef fan himself, Hef favoured Obama and did not support Trump's presidency.

The parties were exactly what you think they were

"Girls were everywhere, giggling, laughing," says Playboy cover model Pamela Anderson. "It was a very sexy time. All wild but respectful. The men were elegant and you wanted to badly get the most charismatic man to talk to you."

Hef made sure his guests were comfortable and well-fed

An ex-girlfriend confessed that while there were plenty of A-listers partying or getting down and dirty there were also moments were people just got a free dinner and movie. Hef's favourite was Casablanca which he would often play on Friday movie nights.

Bill Cosby had a Playmate girlfriend while he was married

"It was unusual to see any men at the mansion that much, especially a family man like Cosby." Confesses a former Playmate.