Here Are The Best Kardashian Costumes From Halloween 2017 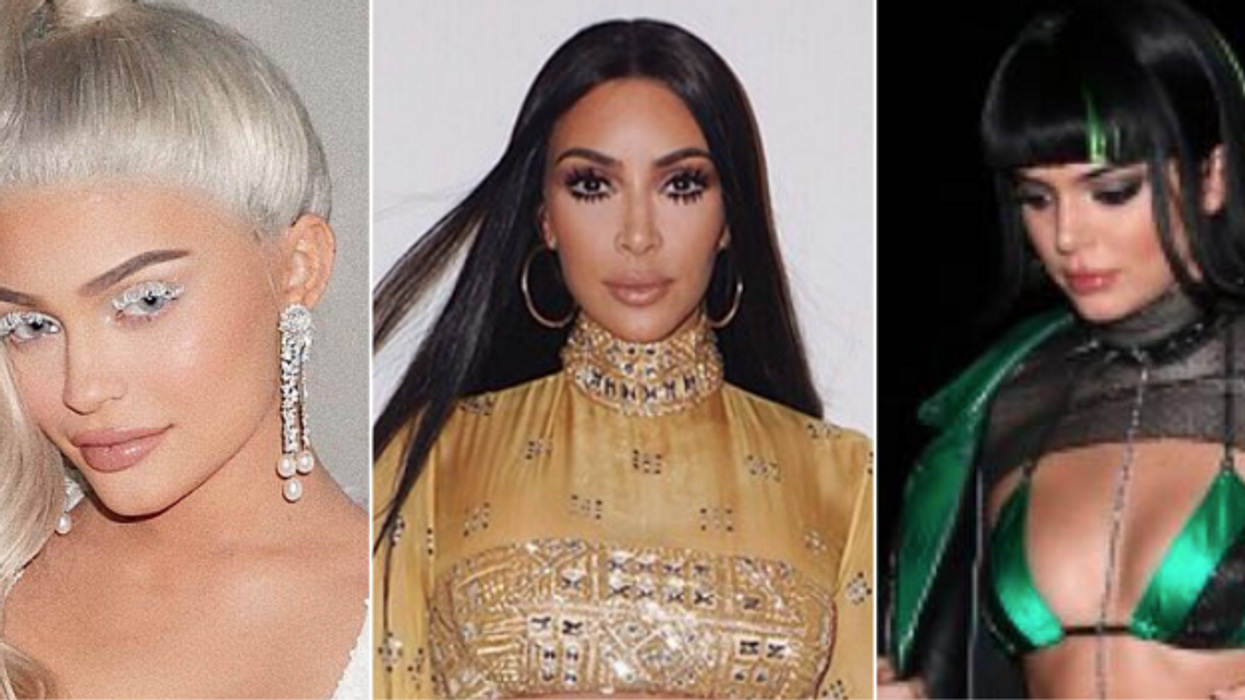 Now that it's officially November 1st, I think I can confidently say that Halloween is basically over for everyone but the Kardashians. After 5 days of costumes spanning from Thursday to Tuesday, we got a lot of crazy good looks from our favourite famous fam.

I'm going to detail them from best to worst, because I'm petty, and because Kylie Jenner totally slacked on Halloween this year. For someone who went hard as Christina Aguilera last year, she definitely let me down. Which only almost verifies that KJ is indeed pregnant. But anyways, on to the looks.

Kim definitely wins Halloween this year, at least in the Kardashian fam, considering she rocked a total of 4 very elaborate and well-executed costumes. Each were very specific, creative and super gorgeous. From Cher and Madonna, to Aaliyah and Selena, Kim had a very iconic Halloween. While I still think Demi Lovato pulled off Selena a bit more authentically, Kim still looked drop dead gorgeous.

Kourtney definitely shook all of us with her depiction of Michael Jackson for Halloween with Kim. Really, who knew the cute little Kardash could look so much like MJ? She did a quick costume change from the Tin Man, trick-or-treating with her kids, to Bonnie and Clyde with her boyfriend Younes.

Kendall Jenner only scores higher on my list because of this dope rendition of a Buttercup costume. Kendall went as the spunkiest Power Puff Girl for Halloween with Hailey Baldwin as her Bubbles. While the duo had no Blossom (shame), they still managed to look pretty rad. A couple days before, Kendall was *vintage* for Halloween which made me roll my eyes for 3 minutes straight. But she still looked pretty glam, so.

While Khloe only rocked one Halloween look, it was a good one. She and Tristan Thompson went as Khal Drogo and Khaleesi from Game of Thrones and looked pretty fking sick doing so. Khloe managed to hide her tummy for most of the night and also captioned a photo of Tristan 'That's Daddy" on her snap. Is she being kinky or fuelling those pregnancy rumours?? Idk, idk.

While Rob seemingly skipped out on Halloween this year, Dream did not sleep. She had 3 adorable costumes that were all very different and equally cute: Raggedy Anne, a lobster and a skeleton to match her half-brother King and mom, Blac Chyna.

Kylie unfortunately takes the L this Halloween. Not only was her costume a huge yawn compared to last year, but she again only posted photos from the chest up, basically confirming that she's hiding a baby bump at her waist. In my opinion, Halloween was the perfect opportunity for Kylie to joke herself with a 'Pregnant Kylie Jenner' costume or something to showcase her belly.