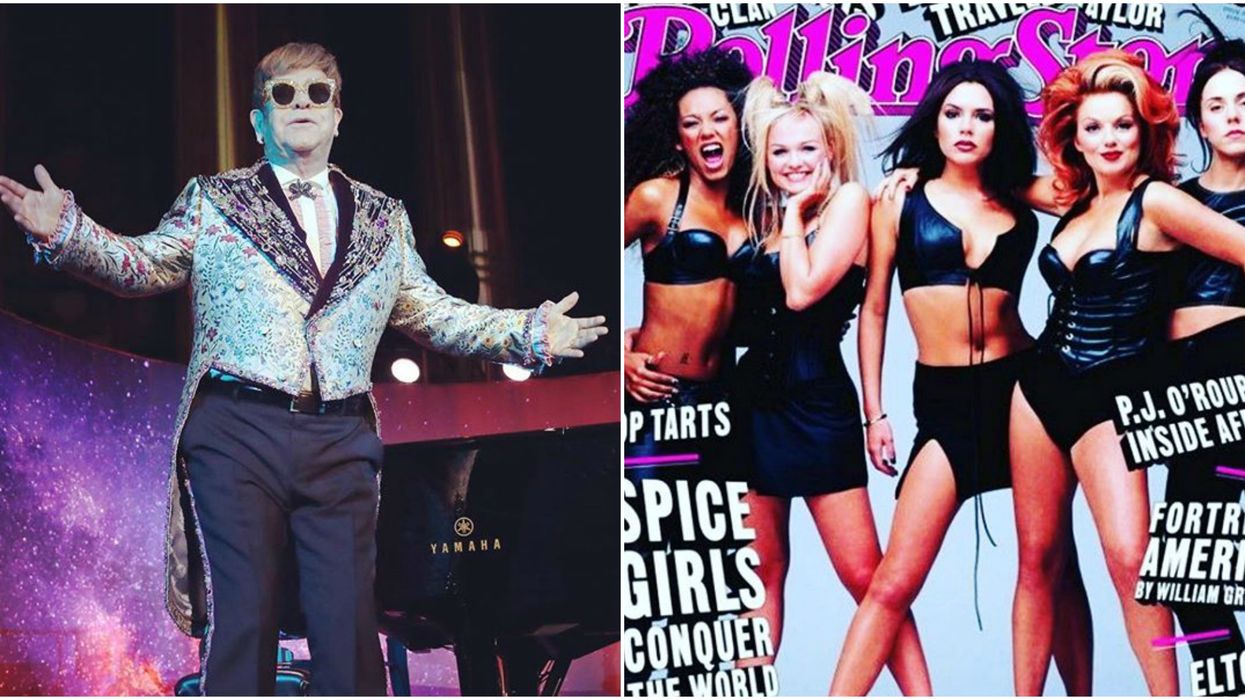 There have been a lot of rumours swirling about who will be performing at the Royal Wedding. As the coveted event slowly draws near, we have a better idea of who will actually be performing!

Elton John, who also sang at Princess Diana's funeral, will be performing at the Royal Wedding. The English mega-star will definitely be the most highly anticipated performance of the evening. You can't beat those vocals. It was rumoured that Elton wouldn't be at the wedding because he had multiple shows in Vegas, but we just learned from TMZ that the shows were been rescheduled due to a "scheduling conflict". It's no surprise that Elton is very close to the Royal Family and we just know that he's going to be there for Harry's big day. Mel B. gave it away on The Real that the Spice Girls were all invited to the royal event. When probed further, she ultimately spilt the beans that the English singing group would be performing at the wedding too.

In addition, Mel B. posted the picture above only seven days ago with the caption, "Gotta get with my friends #lovemygirls #winkwinknudgenudge #spicepower question? Where are my butterflies Bunton". The girls are clearly rehearsing before the big day! It's also been rumoured that Ed Sheeran will be performing at the wedding. The pop star definitely has a few romantic tunes that would be perfect for the most romantic day of Prince Harry and Meghan Markle's lives.

According to one source, Prince Harry personally requested the Ed perform at his wedding and when Ed was asked about playing at the wedding he responded by saying "Yeah, why not". Some other artists that have been rumoured to sing for the Royal couple are Stormzy, Sam Smith and Adele. Although Adele retired from touring last year, we have to admit that she would be the perfect person to bring the entire crowd to tears (in a good way). She did decline to play at Prince William's wedding, but maybe she changed her mind this time?