A love story for the ages. 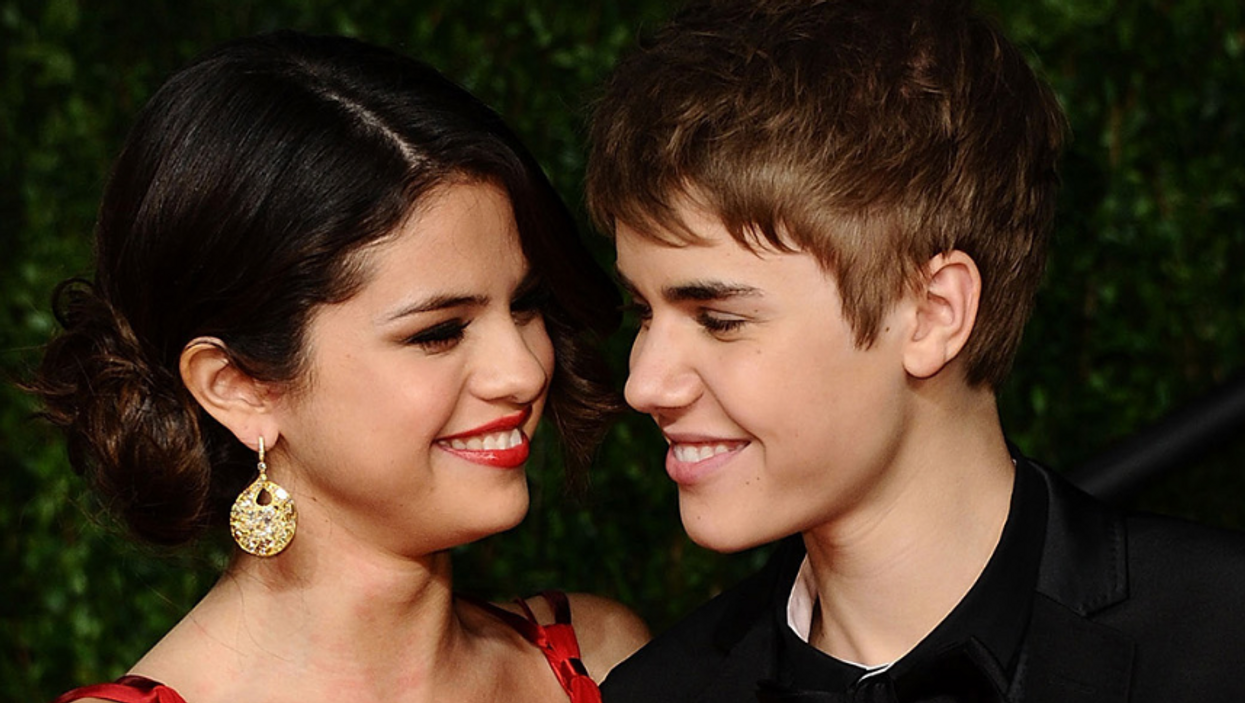 If you're a Jelena fan, I don't have to tell you that the chances of Justin Bieber and Selena Gomez getting back together look pretty damn good. It was announced yesterday that Selena and her boyfriend of 10-months, The Weeknd, had parted ways shortly after he unfollowed all of her friends and family on Instagram. This was all in the wake of Selena reuniting with her childhood sweetheart and super-famous ex-boyfriend, Justin Bieber, several times over the past week.

Justin and Selena have had a rocky relationship in the past - there's no denying that. But there were definitely a lot of golden moments too. Let's take a look back at the highs and lows of #Jelena, from then to now.

@selenagomez good seeing u. Until next time. Maybe new years ;)

JB and Selena were first spotted when the stars were 16 & 18 respectively, looking awfully cuddly at an iHop in Philadelphia. They would be seen together later in the month on Justin's tour bus. The two kept rumours of their relationship casual, breaking it down to just having fun and hanging out.

The two are caught kissing on a yacht in the Caribbean looking undeniably like a couple.

The two make their debut as a couple at the Vanity Fair Oscars Party in Santa Monica, California.

Selena publicly chats about Bieber and her as a couple with Ellen. Ellen makes fun of Selena for dismissing Bieber years earlier, and gifts her with a Bieber pillow that Selena claimed, "[Justin] is going to make me sleep with this every night so thank-you for that."

The two looked incredible at their first Billboards together. Justin kissed Selena when he won his award for the world to see.

The two were nothing but love and PDA on their Hawaiian vacation. The paparazzi soaked up pictures of the couple kissing and playing in the water.

Justin and Selena were all smiles during award show season, serving some strong Jelena vibes.

Selena interview Justin at an award show and he sneaks a kiss on camera. Classic Biebs.

Bieber infamously rents out the Staples Centre so that he and Selena could watch Titanic together.

The couple sparked engagement rumours when Selena shared this photo of a diamond J ring. Hm, wonder what that could stand for??

Selena and Justin put on an adorable display court side at the Lakers game and are later caught on the kiss cam.

Justin Bieber and Selena part ways after rumours of cheating. It's said that Justin hooked up with Victoria's Secret Angel, Barbara Palvin.

Bieber and Selena share a cozy snap of them cuddling in the studio. Justin captioned it "You've been making music for too long babe, come cuddle - her."

i hope taylor gives selena THAT LOOK after seeing her with justin again🙄😑 pic.twitter.com/6xLHVs3oPI

Taylor Swift made sure Selena knew she was not down for her reunion with Justin with one, quick facial expression.

After some proposed time apart, Justin shared this sweet snap of Selena cuddling him captioned, "Love the way you look at me." The two were spotted riding segways in Beverly Hills, much to everyone's surprise.

The couple breaks up for a second time and Selena releases new music like Come and Get It. She says she feels "powerful" being single. Yeowch.

Selena goes to an Oscars party, JB reposts the photo stating, "The most elegant princess in the world."

After some incidentals, the two have an on-again off-again relationship until Selena gets a dramatic tattoo which reads, "Love Yourself First" in Arabic.

After some chill time, the two reunite to ride horses in Canada. By September, they jet away to St.Maartin for a baecation.

Selena releases the emotion tune about JB, which causes some upset. While JB was initially hurt, he later called the song 'beautiful'. Later that month, Justin would unfollow Selena on Instagram. Sources cited jealousy of Selena's video co-star that caused the couple to drift.

Selena Gomez's name is spray painted on a wall in Justin Bieber's "What Do You Mean" music video.💕 #Jelena pic.twitter.com/c3boNK8HMl

After a decent break between the two stars, Justin releases new music inspired by Selena. Where Are U Now and What Do You Mean? are both rumoured to be about Sel. Justin includes her name in the back of his music video.

Selena shares some nice sentiments about the singer, saying, "I’ll forever support him and love him in a way that … We grew up together. I think people want it to be different … [but] I respect him. And I think he respects me, in a healthy manner. I don't know [whether or not we'll get back together]"

JB confirmed that Sorry, What Do You Mean? and Mark My Words are all about Selena Gomez. He speaks nothing but kindly about his ex and hopes they can get together and make an 'awesome duo' someday.

Later that month, Selena And Justin are spotted together in California as he serenades her at a hotel bar.

Bieber takes home his first Grammy for What Do You Mean? Selena congratulates him publicly.

Justin literally captions this photo 'Feels'. It quickly becomes the most liked Instagram photo of all time.

video of it happening 😂 pic.twitter.com/dZ0X0ilMzi

Despite some sweet throwbacks by Justin in March, Selena rips up a "Marry Justin Please" sign on tour.

JB asks his fans to stop leaving negative comments for Sofia Richie. Selena Gomez chimes in and says,“If you can’t handle the hate then stop posting pictures of your girlfriend lol. … Funny how the ones that cheated multiple times, are pointing the finger at the ones that were forgiving and supportive, no wonder fans are mad. Sad. All love.”

Justin responds with “I cheated… Oh I forgot about You and Zayn?” He soon after deletes his account and doesn't come back to Instagram until The 2017 Superbowl in February.

Did Justin Bieber break up Selena Gomez and The Weeknd??? #chicksintheoffice #jelena @fmariano920

Justin and Selena are spotted 3 times in 1 week, stirring up reunion rumours. A day after photos surfaced of Selena and Justin, reports also claimed she had split from her boyfriend of 10 months, The Weeknd.