The 'Game of Thrones' Finale Broke The Internet Last Night: Here's How 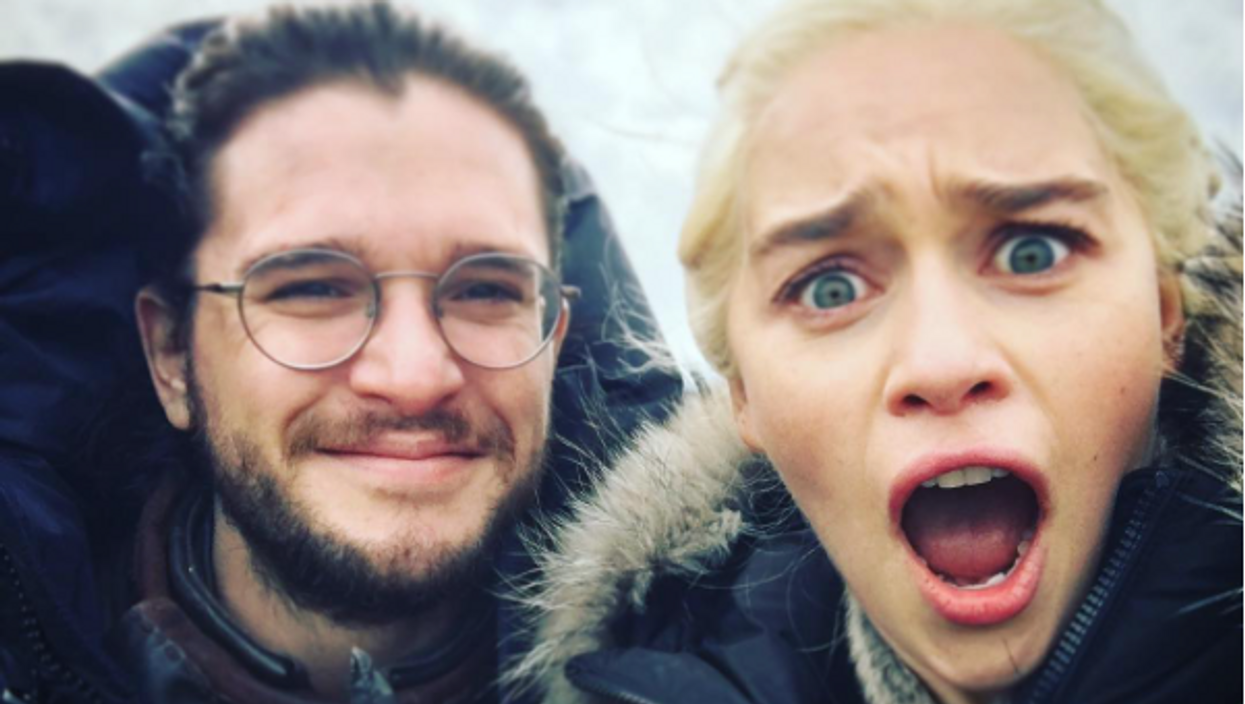 It's the episode we've all been waiting for - the season 7 finale. Filled with sex, dragons and SECRETS galore. It was almost good to hold us over till season 8 - but let's not get ahead of ourselves. If you haven't watched season 7 episode 7 - don't ruin it for yourself. Watch, then come back to me, and savour all the incredible details. Alright? Cool. Let's recap the most dramatic moments of last night's cinematic masterpiece.

THE STARK SIBLINGS WHEN THEY SQUAD UP AGAINST LITTLE FINGER #GameOfThronesFinale pic.twitter.com/oDQ66m380k

"MY SISTER ASKED YOU A QUESTION." #GameofThrones pic.twitter.com/hGWT4nwu8V

First up, the death of one Petyr Baelish. If you're like me, you've been waiting for this guy to catch an axe since season 1. All of the backstabbing, scheming and treachery has been making me cringe for quite literally years. Also, the blatant obsession with Sansa for looking like her mother?? Barf. He really had me stressed out this season as it really seemed like Sansa and Arya were ready to kill each other. But thankfully, the girls had each other's back and Littlefinger's throat in the end. Atta girl Sansa.

And the pick-up line of year goes to...

Daenerys Targaryen: "I can't have children."
Jon Snow: "Have you even tried?"#GameOfThrones pic.twitter.com/unsmbeVe6F

THAT sexy GOT hook-up we've ALL been waiting for. Mmmmmmmmm yes. Fire and ice together at last. We LIVED for this sexy time moment, even if it was incestuous af. But they don't KNOW okay guys. Jamie and Cersei? Not great. But Jon and Daeny??? FOREVER.

ALSO this scene sets up a HUGE potential plot line for the next season. Is. Daeny. Pregnant ? ! ? ! When she was cursed by that witch back in season 1, crazy lady said: "When the sun rises in the west and sets in the east. When the seas go dry and mountains blow in the wind like leaves. When your womb quickens again, and you bear a living child. Then he will return, and not before."

Considering all the cray-Z shit going on in Westeros right now, I think it's pretty likely that a little Snow Dragon is on the way. And if there is, does this mean Drogo will RISE FROM THE DEAD?????? And if he does, will Drogo and Jon fight in a sexy shirtless battle for Daeny's heart???????? Excuse me while I hyperventilate and rewatch this scene 6 more times.

When you solve the mystery of the centry but you're man takes all the glory #GameOfThrones #GoTS7Finale pic.twitter.com/WwX7O5XVUf

Jon Snow's real identity is confirmed and SNAKED by Sam Tally. Goddamn Sam. Bran, Sam AND Gilly all put the pieces together to finally crack that good-old Targaryen code. Bran sees the wedding between Rhaegar and Lyanna in a vision while Gilly read some transcribed notes that struck Sam like a lightning bolt. Daddy Rhaegar was going to name his son Aegon, after his first son that was killed.

So Jon Snow is technically Aegon Targaryen, 6th of his name. Rightful heir to the Iron Throne and nephew of the Mother of Dragons. We still ship it though. And it should be noted that Targaryens have a history of marrying & mating each other to keep bloodlines clean, so. I have zero issues with this incest FOR ONCE.

Everyone is so hung up on the wall and incest that we've forgotten one thing... IS TORMUND BLOODY OKAY OR NOT?!?! #GameOfThronesFinale pic.twitter.com/akvHNRqFqU

Last but not least, WTF is up with Tormund right now????? This beloved Wilding has become a fan favourite in seasons past and has survived a HELL of a lot. White Walkers, life beyond the wall, even Jon Snow at points. He was last scene at The Wall during its collapse, which we PRAY HE SURVIVED. He does NOT get to die until he hooks up with Brienne of Tarth, do you hear me George R.R Martin??????

All in all, it was an amazing end to an incredible season that I'll have to soak up and rewatch indefinitely.Who knows how many years it'll be until we see season 8??