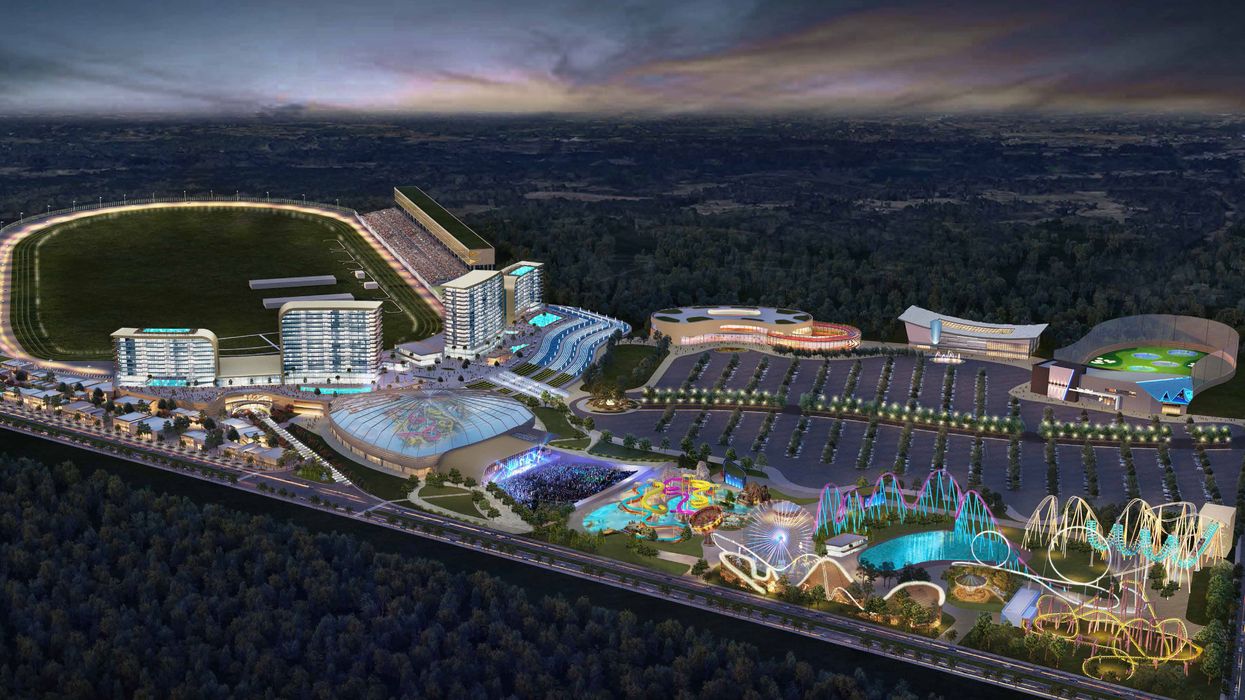 Can you wrap your mind around the concept of gambling in Georgia? We get excited just thinking about the idea of a casino here and it actually might be happening in the near future. Although previous bills to legalize gambling in the state have failed, it appears those opinions might change in 2020. If Georgia legalizes gambling, Atlanta Motor Speedway plans to open a $1 billion resort and casino.

Atlanta Motor Speedway, home to the iconic Nascar races, is more than just a motor facility, according to President Ed Clark. "We have diversified events including airshows, the Georgia State Fair, Imagine Festival, fun runs and color runs, says Clark. "We have all kinds of activities...we are more of an events facility rather than motor facility."

This popular event venue that has seen tremendous growth since it's establishment in 1960 is the ideal ground for building a massive resort and casino. Ed pushes the idea of opening the concept on Atlanta Motor Speedway because it is a prime location only 20 miles from the airport and less than 30 miles from downtown Atlanta. Nearly 8.5 million people are within a two-hour distance from the speedway making the tentative attraction accessible to a massive target market.

"We are interesed in putting our stake in the grounds to be considered for this type of development," says Clark. "If gaming is allowed in the state, we will sit down and plan it with our [tentative] partner."

We are crossing our fingers that the bill will pass because Ed told Narcity that the concept includes way more than just a casino. He wants to emphasize the addition of an indoor and outdoor waterpark, amusement rides, ampitheatre, high-rise hotel and convention center that will complete the well-rounded 52-week-a-year resort. "[We want to] truly create it as a destination," says Clark.

Obviously, we don't want to get ahead of ourselves here because we have to wait and see if the bill passes. According to 11alive, state tax collections are flat and the governor has ordered agencies to cut spending, so this type of deal could really help expand Georgia's economy. Especially because we can expect it to create roughly 5,000 jobs. "We hope they will put it on the 2020 election ballot and let voters choose whether they would like to allow gambling," expresses Clark.

Although there is no final plan, Clark is excited about the possibilities. "We have a great local business and political environment that would make it somewhat easier to accommodate this development," he says.

There would tons of ongoing research, planning and execution to bring this dream to fruition but hopefully it will soon become a reality in 2020. Fingers crossed!

New exciting developments that will also contribute to Georgia's rapid expansion is this massive replacement of "Murder Kroger" with a bar and BeltLine access and this massive "mini city" underway in Atlanta that will create 15,000 jobs.