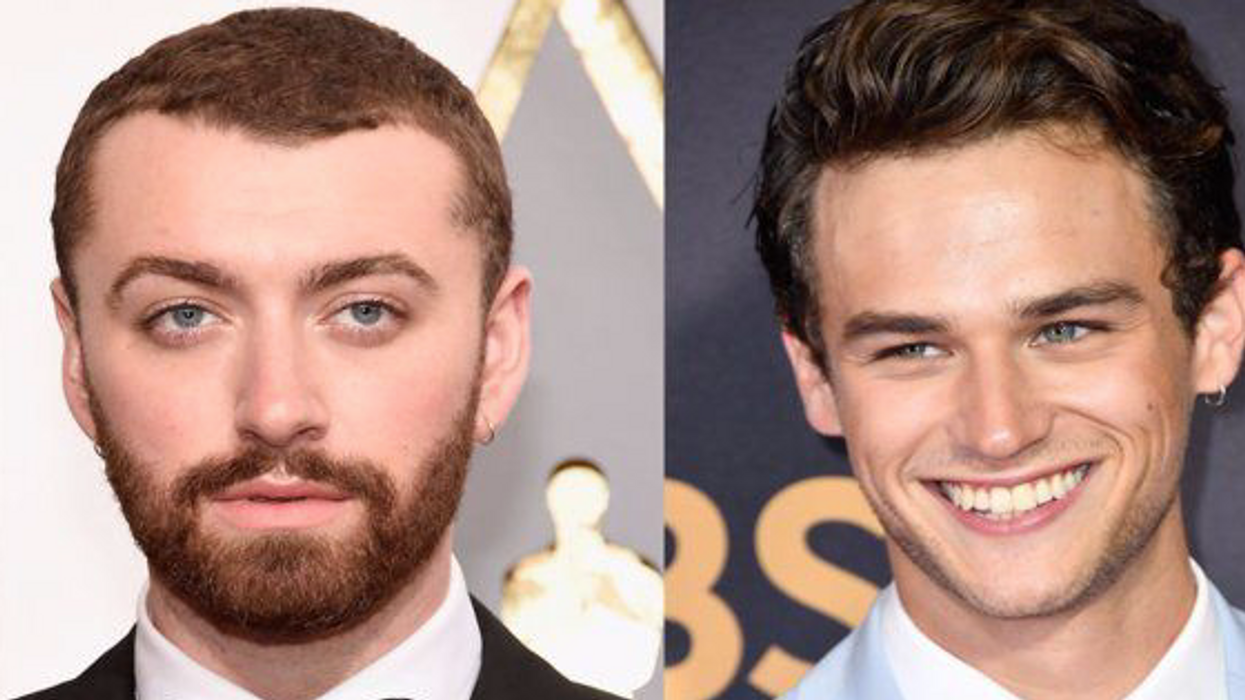 It wasn't very long ago that Brandon Flynn, 23, stole our hearts - and confused the sh*t out of us - as Justin on 13 Reasons Why. Although his character was a glorified POS, Brandon was adorable and we were smitten.

Brandon then proceeded to shake us all by posting adorable and couples pics with his co-star, Miles Heizer. When photos of the two surfaced looking cozier than 'just friends', the internet exploded in chants of OTP.

Fast forward to today, October of 2017 - exactly one year after their couply photos and adorable captions arose and it turns out, Brandon Flynn is great at goodbyes. No longer dating his co-star, but British singing sensation Sam Smith, 25. Flynn had kept pretty quiet about his sexuality but openly shared this photo on social media with a moving caption about equal rights.

Just saw the "vote no" message in the sky, looming over Sydney. Thank you for raising money and hiring on a plane to write your lack of support amongst the clouds. I hope your hate and lack of understanding fades, just like those words will. Too many of my friends have been kicked out of their homes, kept in the closet, beat up, killed, ridiculed by church and state, institutionalized... and you are scared that if we vote YES, you won't be able to show your hate for Us. Fuck that. We've been scared shitless our whole lives thanks to all the stigmas that surround Us, stigmas that were set in place by the same kind of people who flew that plane over Sydney. We've fought, we've come out bravely even in our fear, and you wrote a message in the sky because you're scared. Equality takes courage, it worries me that too many people in this world lack the balls to stand up for what is right. #fuckhate

Sam Smith affectionately commented an 'x' or kiss, which could be misinterpreted as simple support to the naked eye. And yet. Not so simple.

sam smith and brandon flynn are dating now, the heterosexuals are shooketh. pic.twitter.com/GyIXi8GOV0

It's hard to pinpoint when exactly the two went from mates to dates - Sam Smith did call himself insanely single at the beginning of September - but this is Hollywood! Things move fast! And in apparently adorable directions. Shoutout these two for looking and being exceptionally cute!!