Beatrice Bouchard is famous in her own right. 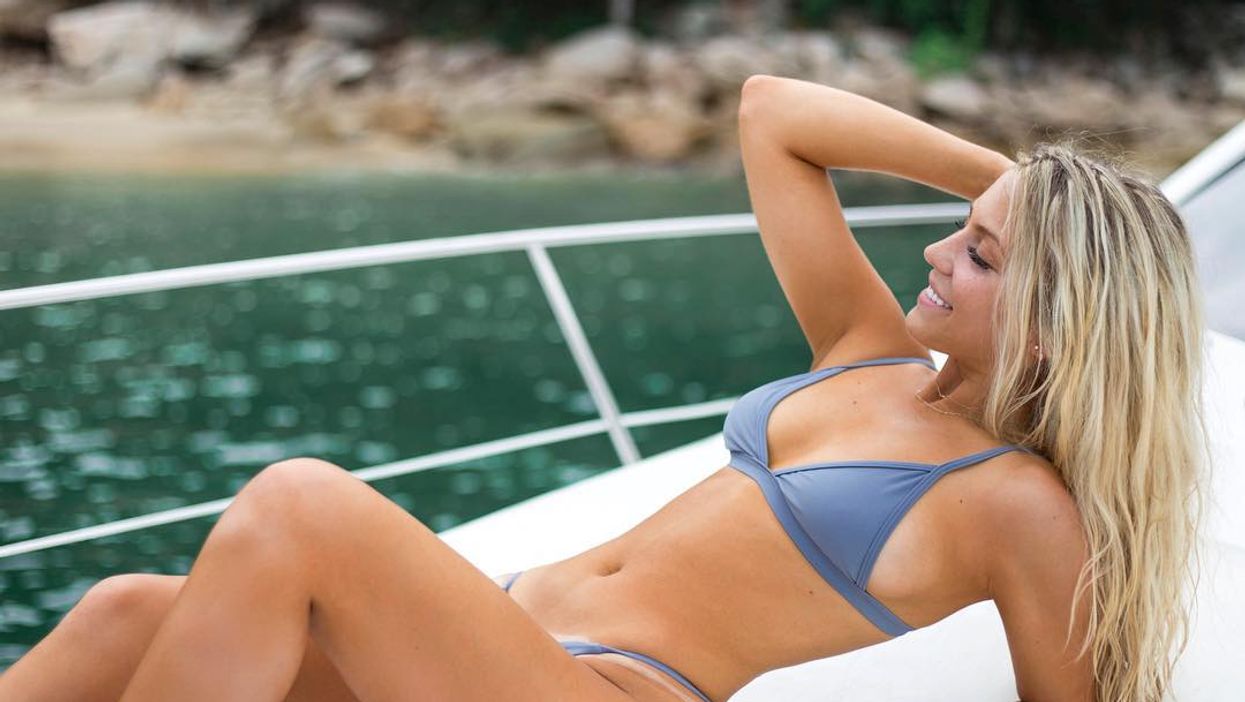 Eugenie Bouchard is an athlete and Canadian sweetheart, but did you know that she has a twin sister? While Eugenie was racking up wins during the Wimbledon 2018 tournament, her twin, Beatrice, has been enjoying a tropical trip in Jamaica.

Some twins have difficulty living separate lives but these two blonde bombshells are proof that twins can be the same but oh so different. One may be the queen of the courts, but Beatrice has become a social media queen on Instagram.

Both Beatrice and Eugenie were born on February 25 in Montreal Quebec, making them 24-years old. Beatrice went on to study at Queens University in Kingston, Ontario before she graduated from Concordia University in 2017.

While her sister has been a training athlete since the age of 12, Beatrice is a model signed to Dulcedo Management and has appeared in L'Oréal, La Senza, and Lace Canada advertisements. While her twin may be the professional athlete, modeling has kept Beatrice in tip-top shape. She regularly shares her work out photos on Instagram, where she can be seen training at Victoria Park in Montreal. Beatrice is obviously in a sports family but her taste extends beyond tennis. The model has posted multiple pictures at Montreal Canadian's hockey games and Blue Jay's baseball games in true Canadian fashion. As a woman with many interests and looks that are out of this world, it's no surprise that Beatrice has a boyfriend by the name of Brad Soloman. His Instagram bio links to a website called Global Metals, a worldwide leader scrap metal recycler, which is apparently founded and owned by the Soloman family.

The couple started to appear on each other's social media in 2016 but have been posting pictures together as of two days ago.

What's interesting is that the Bouchard family seems to be full of beautiful blonde bombshells, beyond just the twins. They have a younger sister named Charlotte who seems to carry on the amazing Bouchard genetics.

Not only that, there are two darker haired Bouchard cousins, Mimi and Celeste. Talk about one good looking family! Celeste has over 25,000 followers on Instagram while Mimi has a whopping 166,000 followers and is the only Bouchard family member who has a verified account. If there is one thing that is for sure, it's the Bouchard family seem to be the Canadian versions of the Kardashians. Good looks, talent and models? The parallel is uncanny.