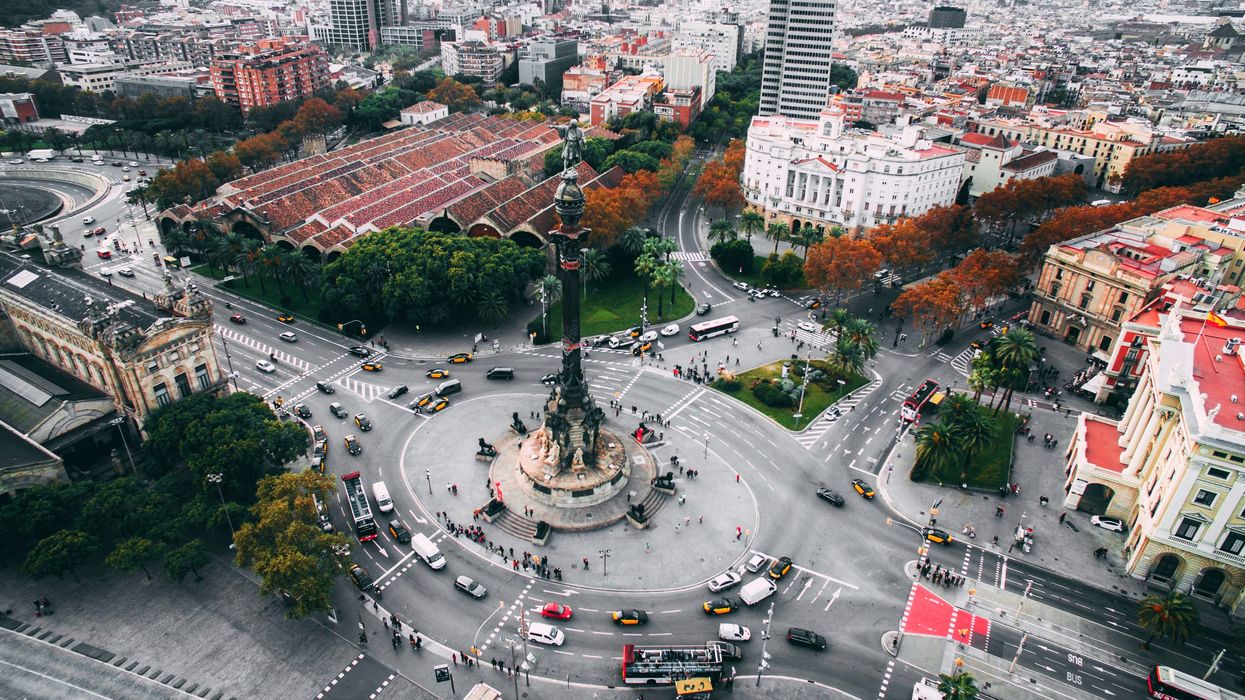 There has been a lot happening in Spain within the past 48 hours. While it's been a time of senseless horror it has also been a moment of inspiration to see a country unite in the face of devastation and loss.

While there are still so many unanswered questions when it comes to the two attacks that happened in Cambrils and Barcelona, here is a timeline of the most current facts.

In the small coastal town of Cambrils, five terrorist attackers wearing fake bomb belts and carrying knives and axes ran over several people in an Audi A3, killing one and injuring six others. Police officers engaged in a deadly shootout with the attackers, killing all five people involved.

On Las Ramblas, a busy street in Barcelona known for being a popular tourist destination, a van rammed into pedestrians on Thursday afternoon, killing 13 people and hurting over 100 more.

The driver of the van was seen swerving back and forth attempting to hit dozens of pedestrians walking along the street, “weaving left and right, trying to hit people as fast as possible,” a witness told the BBC.

The Police arrested two suspects connected with the attacks, but the actual driver managed to run off before officers could arrest him. The Spanish media is naming teenager Moussa Oukabir as the suspected driver.

Early Friday morning, police officials arrested 2 more suspects in connection with both attacks in the town of Ripoll, about 66 miles north of Barcelona.

Everyone arrested wasn't known to police for having previous terrorist involvement.

Businesses along the busy street reopened early today and locals came together to honor victims with a minute of silence. Barcelona Mayor, Spanish King, and Spanish Prime Minister were all in the crowd.

After the tribute, the crowd started chanting “we are not afraid”.

“If we just shut down and close then they win,” Diana Daniels, an American living in Barcelona, told HuffPost UK. “Of course we have to get on because if we don’t, they win.”

The attacks are being linked to the terrorist group ISIS, who have come forward to take responsibility for the attacks but there is no real proof to support that statement.

Of the victims killed and hurt in the two attacks, those injured come from at least 34 different countries around the world, including the U.K., Australia, and Colombia, according to Catalan emergency services

World leaders everywhere have openly condemned the attacks that have happened in Spain including Prime Minister Trudeau and President Donald Trump. Trudeau is telling Canadians not to travel to that particular area of Spain at this moment in time, and for those in the area to make sure they contact their loved ones to confirm that they're okay.

He also revealed what kind of voting system he'd prefer to see in Canada.👇🗳

Liberal leader Justin Trudeau has revealed that he's not opposed to reforming Canada's current voting system, although he says he would not prefer proportional representation as an alternative.

Speaking from Ontario on Saturday, the current prime minister confirmed that he remains "open" to scrapping Canada's current first-past-the-post system.

"[Trudeau] probably should have consulted an astrologer!"

The 2021 Canadian federal election falls on a full moon this year and it could have an effect on the results, according to a Canadian astrologer.

"When I looked at Justin Trudeau's chart and I looked at Erin O'Toole's chart — his main rival — it was really hard to see a clear winner," said Laurien Rueger, writer and astrologer at Astrology, Eh?.

He got one from Obama recently as well!

With days to go until voting day in the 2021 federal election, Justin Trudeau keeps getting major endorsements from American political leaders.

Hillary Clinton is the latest politician to big up the PM before September 20, wishing him and "progressive Canadian neighbors" well in a tweet on September 17.