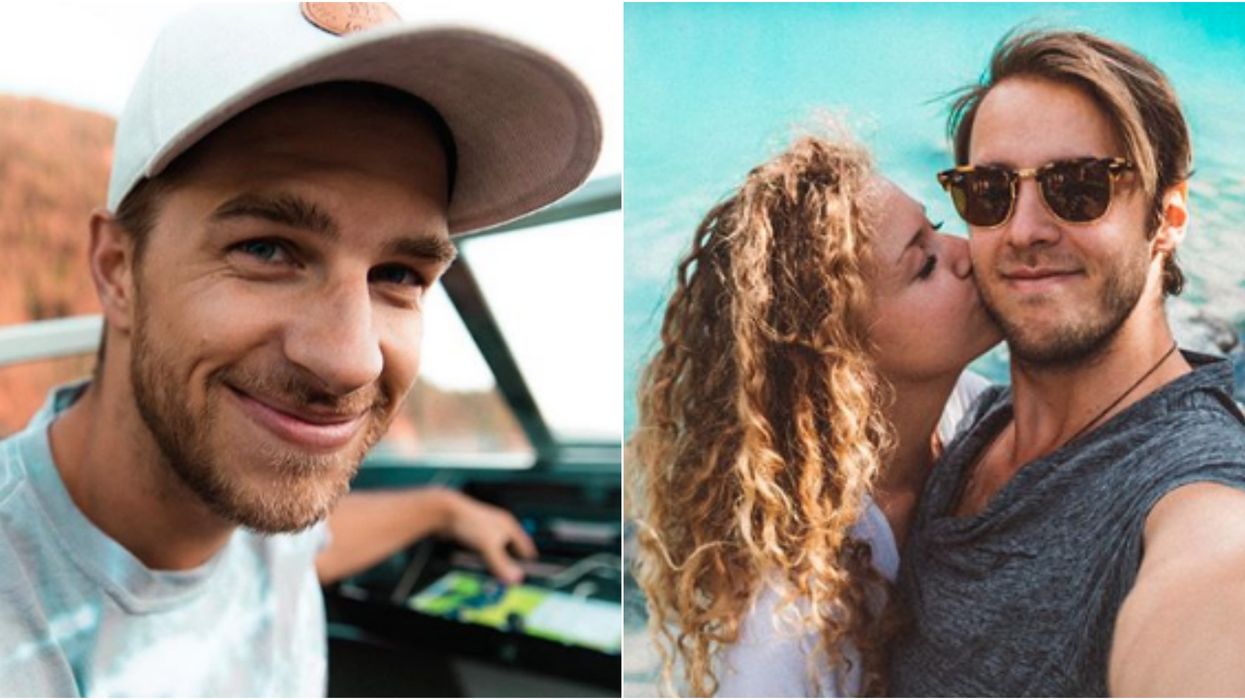 Three famous YouTubers were pronounced dead at Shannon Falls in British Columbia earlier today. The three YouTubers were known for posting daring videos of their crazy adventures on Instagram and YouTube.

Earlier today, we reported that Ryker Gamble, 30, died in the hiking accident. Later on, it was confirmed that his fellow YouTubers, Alexey Andriyovych Lyakh and Megan Scraper also died during the incident. All three hikers were apart of the YouTube channel "High On Life Sunday Fundayz".

Here's everything we know about the YouTubers that died in the incident. The accident occurred on Tuesday, July 3rd at Shannon Falls, BC. Shannon falls is just north of Vancouver, BC.

According to Vancouver Sun, the three YouTubers were swimming in one of the pools at the top of the waterfall when they slipped and fell nearly 30 meters into a pool below. Gamble and Lyakh attempted to save Scraper after she slipped and fell. All three were swept away in the currents. The social media stars were known to be a part of the famous Vancouver collective called "High On Life SundayFundayz". This is a group of Vancouver-based travel vloggers aged 20s to 30s, that document their crazy adventures together as they travel across the world.

The group has traveled across the world, visiting Bali, Croatia, Nicaragua, Thailand and more. They have almost half of a million subscribers on YouTube and 1.1 million followers on their joint Instagram account.

Their location was confirmed in their Instagram bio, stating that they are currently in Vancouver, BC, which is where the deadly incident occurred that killed three of the vloggers.

Their bodies were found along with an underwater camera. It is likely that they were shooting a vlog for their YouTube channel when the accident occurred.

Here's a video of Megan Scraper dangling off of a very high trestle in BC that was posted just last week. Scraper was one of the three YouTubers implicated in the incident at Shannon Falls.

READ ALSO: The Girlfriend Of Famous YouTuber Ryker Gamble That Died In Shannon Falls BC Posts Instagram Tribute To Him

They were known for posting very daring videos on their YouTube channel and Instagram accounts. One video is titled "Epic Cliff Jumping and Waterfall Slide (EXTREME DANGER)". These videos are known to be controversial as many young teenagers will follow these social media accounts and could attempt to do similar stunts.

In this video, you can see the group of Canadian YouTubers doing crazy jumps off of an actual cliff.

Some of their videos were definitely controversial. Ryker and Lyakh were recently charged with misdemeanors during their trip to Yellowstone National Park. The group of vloggers was known for their dangerous and sometimes illegal adventures.

There has been an outpouring of support for the popular YouTubers. Someone in Vancouver, BC started a Go-Fund-Me page for Ryker's girlfriend that lives on without him. The campaign is aimed to help her financially while she grieves the loss of her partner.