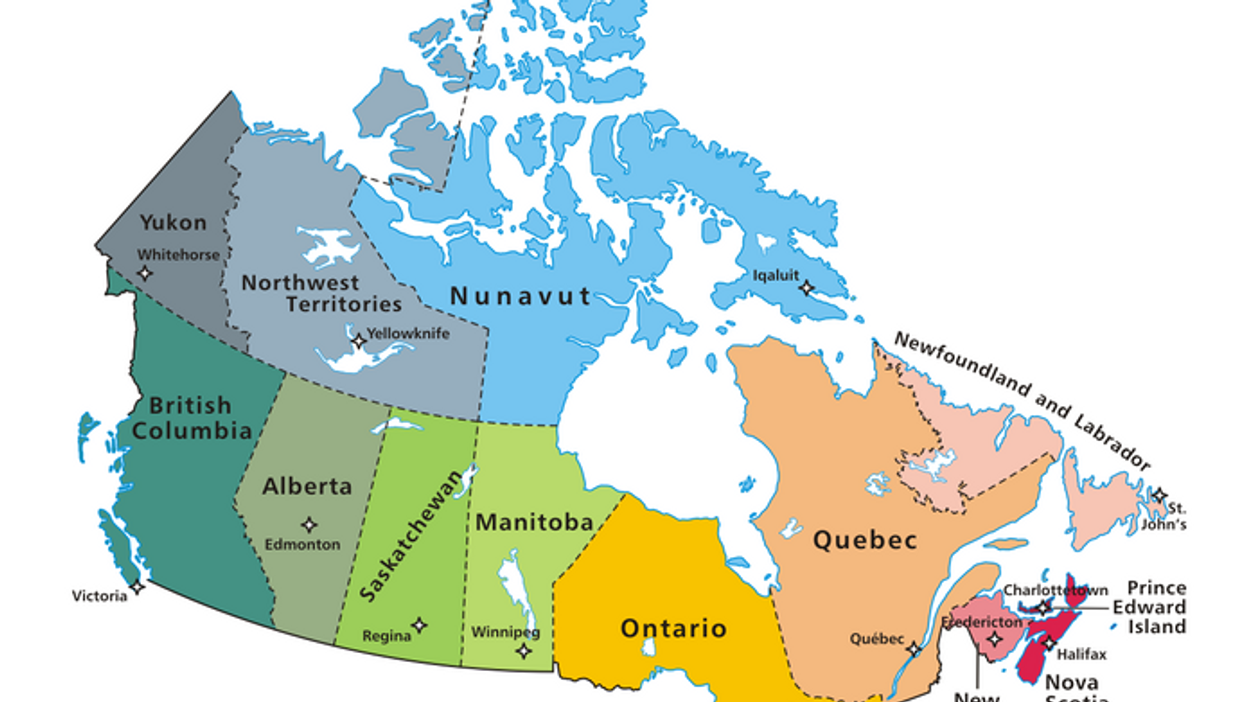 University is not only hard but it's also expensive. So, if you're doing eight years of school, like someone who is studying to become a doctor, you're going to want to come out of it with a good-paying job at the end.

Thankfully for doctors in Canada, the national average salary for doctors is comfortably into the six-figure range annually, meaning at the end of the day they are going to be in a pretty good spot financially. But, how much a doctor earns isn't controlled by the federal government.

Doctors and healthcare workers in general fall under the provincial realm. This means that when it comes to things like regulations, licensing, and hours, it's going to be slightly different for someone in Newfoundland than it will in for one in Alberta.

Of course one of those big differences across the country is salary. Since the provincial governments can control how much doctors earn, for example by putting a cap on their billing, there could be a drastic difference between them. Nonetheless, these are the average salaries of Canadian doctors.

In B.C., some doctors are actually earning a little less than the national average. On average, family doctors in B.C. are paid $273,000/annually, but some are earning more or less than that. Every year the BC government also releases information about what specific doctors are making in what's called the Blue Book, showing just how much some physicians can earn.

It seems like when it comes to jobs, Alberta is the place to go. Not only do they have the highest minimum wage in the country, but they also have the highest average physician salary, sitting at a whopping $380,384/annually. This is well above not only the national average but also the averages of every other province.

In Saskatchewan, the average family physician earns a yearly salary of about $288,995/annually. The government there also has control over how much any doctor can charge for services that are covered by insurance, putting a cap on how much any given physician can make.

Manitoba has a rule that public sector jobs, like doctors, have to disclose how much they earn per year, just like B.C.'s Blue Book. On average doctors in Manitoba $354,705.98/annually, but the highest-paid doctor, working in an ER, is making much more than that at $680,000/year.

Unlike in other provinces, there isn't actually a cap on how much Doctor's can charge for their services. Despite that, they still aren't the highest earning in all of Canada. The average salary is around $360,000/annually, but they also don't have to disclose how much each individual physician earns.

In Quebec, the average doctor is bringing home around $325,000/annually. It's an even higher number for specialists and surgeons, as is the case in many other provinces as well. Despite not having the highest doctor salaries in the country, many Quebec physicians actually believe they are paid to much and would rather have the money re-allocated to better services for the system.

New Brunswick is sitting somewhat comfortably in the middle when it comes to doctor's salaries, with the average sitting at $302,123/annually, although that number is lower than some other provinces. However, a recent audit by the province found that at least 24 doctors in the province actually made over $1 million in a year.

As it turns out, Nova Scotia is the worst province for doctors. While they still are earning six figures, Nova Scotia has the absolute lowest averages for doctors in Canada at only $259,368/annually. The salary is so bad compared to the rest of Canada that some doctors have said they wouldn't practice there if they weren't already tied to the community somehow.

In Prince Edward Island, a doctor's salary is very similar to what it is in New Brunswick. They earn on average $305,091/annually. However, some doctors in the province, who may work more hours and get paid via the fee-for-service method earn over $1 million every year. The highest-paid was an ophthalmologist who made $1.4 million.

As far as lower doctors' salaries go, Newfoundland isn't very far ahead of Nova Scotia. There the average doctor's salary is only $269,646, making it the second-lowest in the Maritimes and also the rest of Canada. In fact, the salaries became a point of contention this past decade when doctors made demands to the province for higher pay.

These numbers reflect averages in each Canadian province, meaning some Canadians will be earning more than that, like those lucky few who make $1 million or more a year, while others may be earning less than those averages.

Beyond that, this is a doctor's earnings or billables before any fees or expenses they have to pay related to their practices and clinic, which can amount to a lot. And if you still think these doctors salaries are astronomically high just remember that every day, their jobs involve literal life or death situations.