The comedian took down all of the cute photos of him and fiancée Ariana Grande. 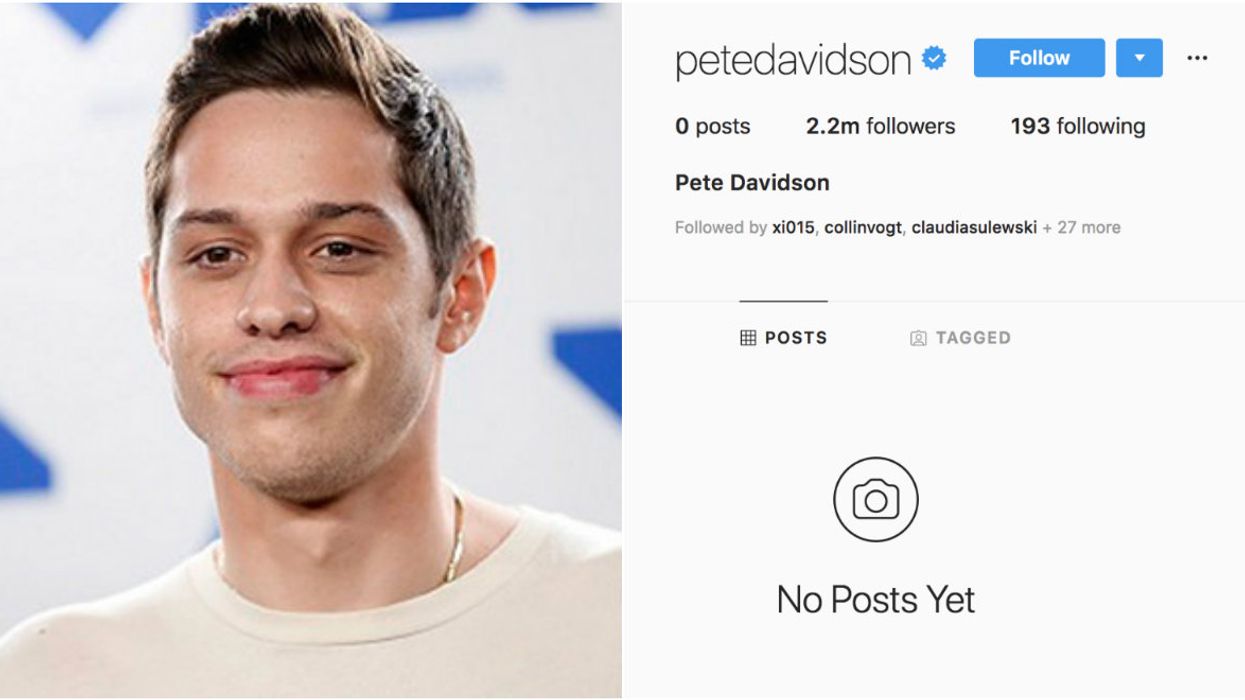 Celebrities can be very spontaneous and the general public is typically obsessed with their every move. Since Pete Davidson and Ariana Grande got engaged last month, everyone has been following their relationship online.

READ ALSO: Everyone Thinks Pete Davidson and Ariana Grande's Relationship Is Doomed To Fail And It's Not Just Because They're Moving So Fast

Well, it looks like Pete Davidson is the latest celebrity to completely delete his Instagram and it looks like it comes after his fiancée's fans were criticizing him. The comedian commented on Grande's tribute to her late grandfather and called him a "cutie" when Arianators were quick to tell him that his response was inappropriate. Many people thought that Davidson was actually complimenting his fiancee, instead of acknowledging her grandfather. The situation caused Davidson to defend himself with a comment reading, "Are you guys all insane? I was talking about how cute her Grandpa is. What's wrong with that? You guys will really look for anything to attack people. It's sad."

Grande actually had to turn off the comments on the photo, due to the negativity. A retweet that the singer shared on Twitter proved that her love for Davidson was still stronger than the hate.

Some people are speculating that Davidson clearing out his Instagram page may have more to do with promoting a movie he is currently filming in Syracuse. The project is titled Big Time Adolescents according to IMDb.

This hypothesis comes from the numerous other celebrities who have used this tactic before, like Blake Lively or most recently Miley Cyrus. It would especially make sense considering that the one remaining thing on Pete's Instagram page is a story of Machine Gun Kelly's arrival to Syracuse.

Davidson's choice to delete his page also comes after Grande's longtime ex-boyfriend, Mac Miller, broke his silence about their engagement.

While the rapper did dub the situation "strange", he did say that he doesn't feel negative about it and actually wished the couple the best.

“It’s strange. The whole thing is a little strange but it’s not negative. You know, it’s all positive energy. I am happy for her moving forward with her life just as I’m sure she is with me.” pic.twitter.com/TD4XgUx8ew

Pete recently shared another story on his Instagram where he addressed the social media takedown. He shared that the internet has been bringing him down and he doesn't really want to be on social media right now.

He did add that he's sure he'll be back but currently just needs a break from it all.

To be honest, the only person who has really described the situation perfectly is none other than Pete's fiancée herself.

the energy u put out is exactly what u get back,
please create a beautiful life for yourselves

We're just hoping that Davidson will still continue to post adorable photos of Grande (eventually) and are just thankful that there isn't trouble in paradise for these lovebirds!