26 Movies & Shows On Disney+ That You Totally Forgot Existed

It's time for a throwback! 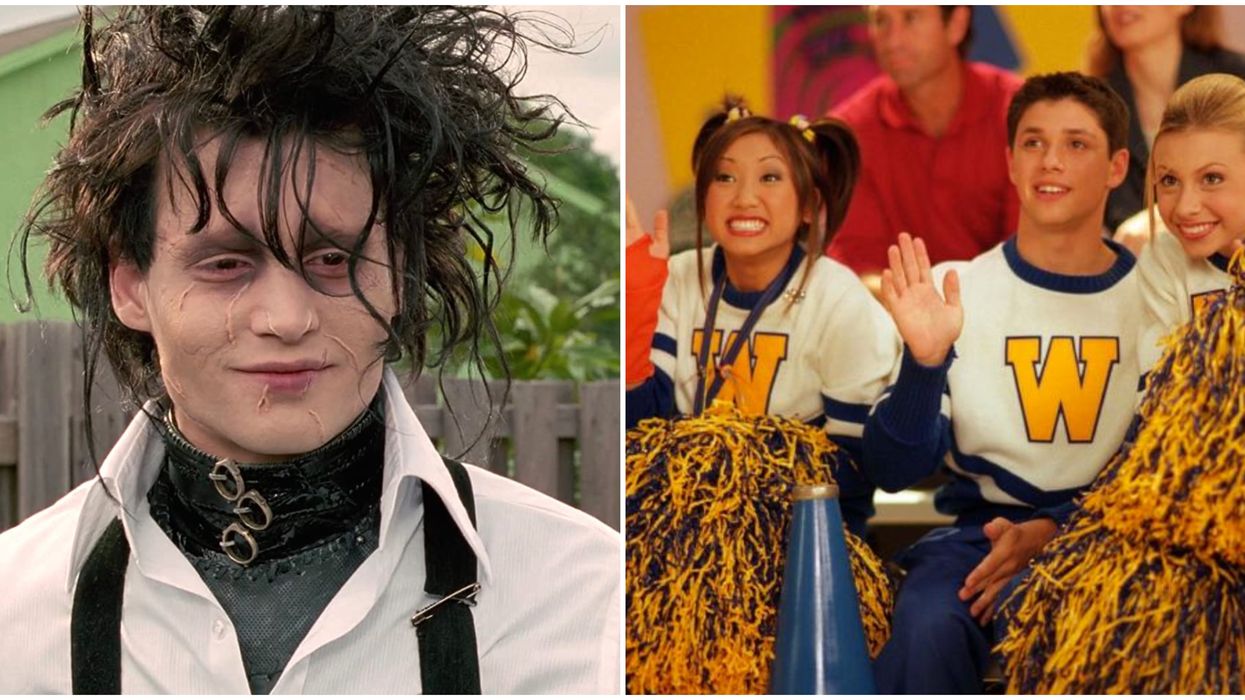 It's time for a throwback! With endless options out there, it can take some time to decide what you'll be streaming next. If you want guaranteed entertainment, you'll want to check out one of the many high rated shows and movies on Disney+ that you may have forgotten about.

Since it's launch in late 2019, the magical streaming service has provided users with incredible original content like The Mandalorian and Encore!, while also allowing them to dig deep into their memories and relive childhood nostalgia with classic favourites.

If you've already streamed the shows and movies that you loved years ago, it may be time to do some deeper digging and seek out the content that you've forgotten about. Hilarious shows like Phil of the Future and Smart Guy, or throwback films like Bedknobs and Broomsticks and Old Yeller are just a few of the many options you have waiting at your fingertips!

A father of three disguises himself as a British nanny in hopes of spending more time with his children who live with his ex-wife.

The Greatest Game Ever Played

Based on a true story, this film tells the story of amateur golfer Francis Ouimet as he takes an unlikely victory over the world's greatest player.

Boy Meets World follows Cory Matthews as he grows up, dealing with family, friends, school, and of course, his first love.

When a 14-year-old girl befriends a wild horse, she makes it her personal mission to rescue the animal from a rodeo entrepreneur.

Based on a novel of the same name, this film tells the story of Captain Nemo as he turns his nuclear-powered submarine against a country that he believes to be evil.

After her dream date stands her up, Chris Parker agrees to babysit three kids. What she thought would be a boring night is quickly turned upside down when her friend Brenda calls her in need of help.

Although his father disapproves, a young Austrian boy joins the Vienna Boys' Choir and proves himself to have incredible talent. Unfortunately, he quickly finds a rival in Peter, who will do anything to take down his competition.

So Weird follows Fiona Phillip as she tours across the country with her rockstar mother. Along the way, she investigates the supernatural, and how it connects to her father's mysterious death.

Flight of the Navigator

After hopping on board a futuristic spacecraft, a young boy discovers that he is destined for greatness. When he returns to Earth, he possesses vast knowledge about the universe.

When a young girl believes that she is the long lost princess Anastasia, she heads from Paris to Russia to find out the truth. Along the way, a new romance is sparked, causing her to question her identity even more.

After their summer camp refuge is purchased by a neurotic fitness guru, a group of overweight friends make a plan to take over and save the rest of their vacation.

After being bumped from the fourth grade into high school, young T.J. attempts to adjust to his new normal. He shares some classes with his older siblings, although they're not much help.

With the help of three young children and her mentor, an apprentice witch finds a magical spell on the island of Naboombu, which she uses to prevent a group of Germans from invading England.

A group of students from Third Street Elementary School create their own government, class system, and unwritten laws that they live by during recess.

Inspired by a true story, this film tells the story of famous basketball coach Don Haskins as he coaches a team at a small-town Texas university.

When Blackbeard materializes in a small New England town, he decides to assist a local college track team in hopes of getting himself out of limbo.

Phil of the Future

Phil may seem like your average teenager, but it turns out that his family has actually crash-landed from the year 2121. After spending some time in the present, he wonders if he ever wants to return to the future.

The Color of Friendship

When two girls from totally different backgrounds come together, their lives are totally changed forever. The two spend a semester together at Piper's house and eventually learn that they have more in common than they thought.

Kim and her best friend Ron deal with all the normal ups and downs of high school freshmen, but they also happen to spend their free time saving the world from evil.

Based on a true story, Cool Runnings follows four Jamaican athletes as they go to extremes to ensure placement in the bobsled competition at the Winter Olympics.

Seventh-grade misfit Louis Stevens struggles to fit in not only at school but also amongst his seemingly perfect family.

After his younger brother adopts a stray dog, Travis attempts to get rid of the animal. When he saves Travis' life though, he quickly realizes that the dog is anything but a pest.

If you're in need of a laugh, America's Funniest Home Videos will give you just that. The series includes hilarious clips from real-life situations that people didn't see coming.

After his creator died before he could be finished, Edward Scissorhands is left all alone. When an Avon lady invites him to live with her, Edward's life is changed forever.

Going to the Mat

When his family moves from New York to the Midwest, blind student Jack Newfield must find a way to fit in. He joins the wrestling team and quickly realizes that he has a great talent for the sport.

Lewis, a brilliant young inventor, heads off on a time-travelling journey to seek out the family that he never knew in the world of 2037.