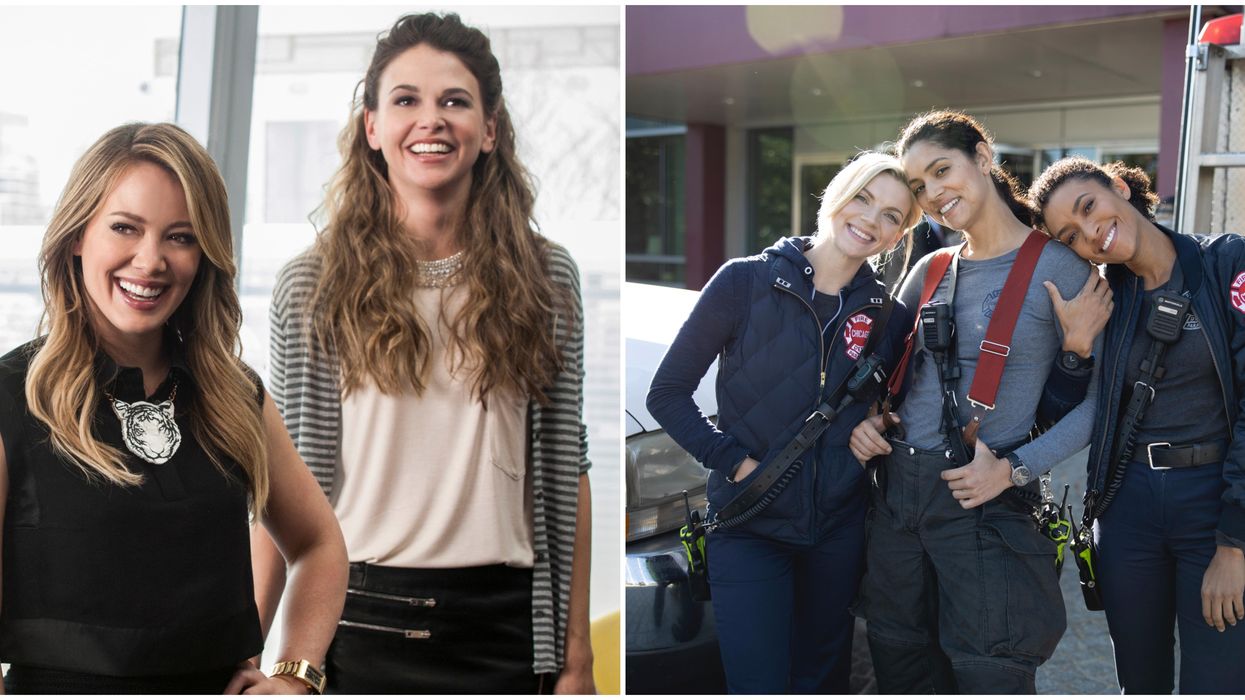 It's time to update your watch list! If you've been pondering which series you should pick up next, we've got a list of high rated shows on Amazon Prime Video that are sure to keep you entertained from the very first episode.

While some of these shows are brand new originals from the creatives at Amazon Studios, others are classic favourites that you may not have thought about since they ended years ago, or since cable TV became less popular. One thing's for sure though, whatever your genre of choice is, Prime Video has something that will satisfy your streaming cravings.

Apart from these awesome options, the streamer also recently released its content lineup for the month of May, which includes original shows like The Great, The Last Narc and Upload, as well as critically acclaimed films like Honey Boy and Hustlers.

With so many options out there, it's time to ask yourself, what will you stream first?!

Parks and Recreation follows a group of town officials from the city of Indiana as they pursue different projects in an effort to make their city a better place.

In this fantasy series, a young girl from the city of Mystic Fall, Virginia finds herself uncovering a world of mythical creatures and danger as she falls for two vampire brothers.

House follows an antisocial doctor specializing in diagnostic medicine who does whatever it takes to provide answers for his concerned patients.

In this horror series, two brothers follow in the footsteps of their monster-hunting father as they work together to ward off a variety of supernatural demons that roam the earth.

The Mentalist tells the story of a famous "psychic" who outs himself as a fake and begins a career with the California Bureau of Investigation in an attempt to hunt down the man who killed his wife and daughter.

Based on the film franchise of the same name, this Prime Video original takes place in a world where once a year, all crime becomes legal for just 12 hours.

Superstore is a workplace comedy that chronicles the hilarious lives of the employees of a big-box supermarket.

This hit romantic comedy follows roommates Will and Grace who share a New York City apartment. The iconic duo is perfectly matched by their two best friends, Jack and Karen.

Fleabag was adapted from a theatrical production of the same name and follows a young woman trying to survive in the city of London after dealing with a recent tragedy that she hasn't quite come to terms with.

In this Prime Video original, a 1960s housewife makes the controversial decision to totally change her life by pursuing a career as a stand-up comedian.

This series takes viewers to the city of Las Vegas, where a top-ranked team of forensic evidence experts work together to solve often chilling crimes.

Smallville tells the story of young Clark Kent before he became Superman. The series takes place as the young man attempts to come to grips with his new powers so that he can use them for good.

This crime drama follows a specially trained unit in the N.Y.P.D. who spend their days investigating sexually related crimes.

Good Omens follows a doom-saying witch, an 11-year-old Antichrist, a demon, and an angel as they navigate the impending Armageddon.

The Boys follows a group of vigilantes who have made it their goal to take down a squad of superheroes who have been using their powers for evil.

In Community, a suspended lawyer finds himself enrolling in community college classes where he meets an unusual group of professors and students.

The Capture is a British series about a soldier who was charged with a crime. As the young detective handling his case begins to dig deeper, she unearths a world of secrets.

The Good Fight follows Diane Lockhart as she starts fresh at a brand new firm after losing the entirety of her life savings.

This high school drama chronicles the lives of four young friends in a small coastal town as they go through the ups and downs of adolescence.

Julia Roberts stars in this drama, about a woman who works in a facility that prepares soldiers to transition back to civilian life. When she is questioned about her leaving years down the road, she realizes that there's more to the story than she thought.

Tales from the Loop

This series follows a group of townspeople who live above "The Loop", better known as a machine that was built to unlock and explore the many mysteries of the universe.

In Bosch, an L.A.P.D. officer splits his time between solving the murder of a 13-year-old boy and standing trial for the murder of an infamous serial killer.

This fantasy drama tells the story of a recently released ex-convict named Shadow who meets a mysterious character named Wednesday. As the two get to talking, it's revealed that Wednesday knows an awful lot about Shadow's dark past.

Hanna is a thriller coming-of-age drama about a young girl who was raised in the forest and spends her life trying to evade a CIA agent who desperately wants to hunt her down.

Chicago Fire takes viewers into the personal and professional lives of a group of firefighters in the popular Illinois city.

The Tick is a Prime Video original about an accountant who, after uncovering that superheroes have actually existed for decades, also makes the discovery that his city is ruled by a supervillain.

NCIS is another crime drama, but this time about the Naval Criminal Investigative Service's Major Response Team in Washington, D.C.

In the beautiful neighbourhood of Wysteria Lane, four best friends find themselves uncovering endless secrets after the unexpected suicide of one of their own.

The Night Shift follows a group of doctors who have freshly returned from the Army as they work the night shift at a San Antonio hospital.

This comedy follows the Rose family who, after losing their mass fortune, are forced to pack up their belongings and move to the small town of Schitt's Creek.

Younger tells the story of a woman who decides to reinvent her career and love life by pretending to be several years younger than she actually is.

Covert Affairs is about Annie Walker, who is fresh off the farm and ready to take on her new life as a CIA agent under the guidance of her new handler.

Parenthood tells the story of the Braverman family as they try to navigate the many ups and downs that come along with modern-day life.

After conning the police into believing that he has psychic powers, a novice sleuth is hired so that he might assist with the solving of major crimes.

Sneaky Pete follows a con man as he heads out on the run from a vicious gangster. In order to protect himself, he assumes the identity of his prison cellmate.

Forever is a Prime Video original about comfortable couple June and Oscar, who are suddenly thrown into an otherworldly situation.