It's a new twist on an old favorite. 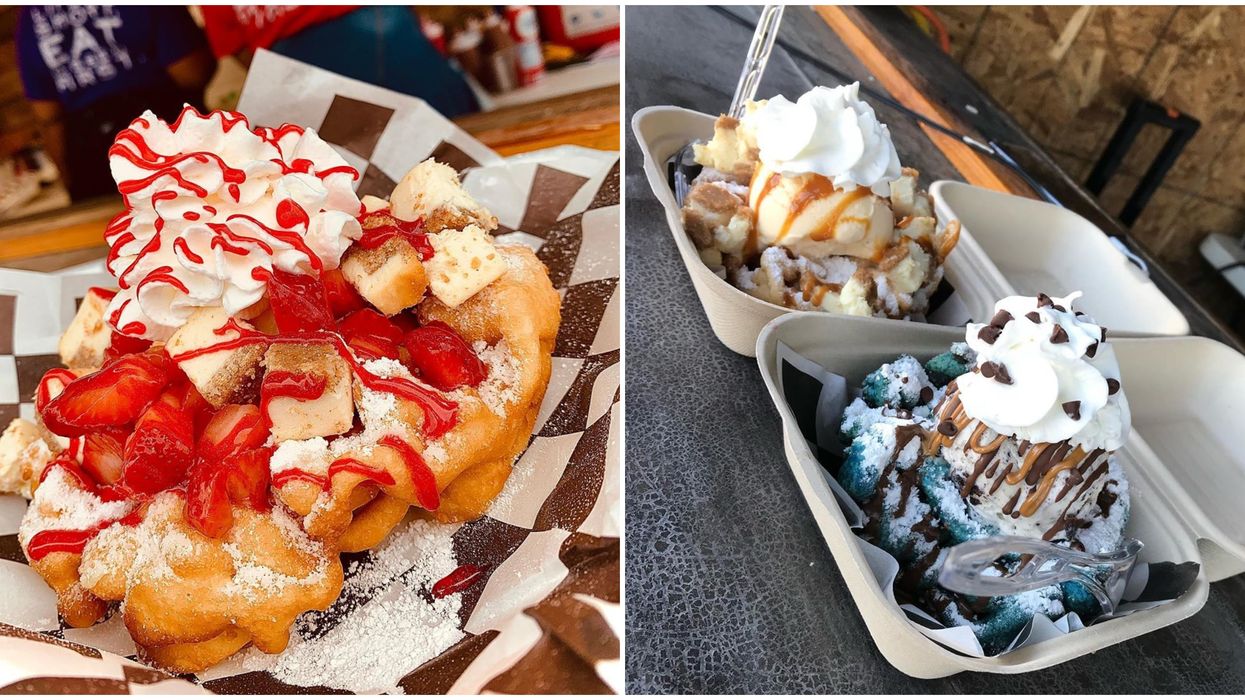 One of the best parts of going to a carnival is easily all of the delicious food. Our favorite, and most people's favorite, is the funnel cake which comes with deep-fried, powdered sugar tastiness and is always a must-have. As far as desserts go, funnel cakes are pretty straight-forward, but there's a funnel cake pop-up in Houston that has the most insane toppings and as a result, is reinventing the carnival classic!

The Funnel Bar is a Houston-based food truck that does pop-ups every once and a while that are so popular the last one they did ended up selling out.

The truck is home to the craziest combos, often mixing other beloved desserts with funnel cakes to make something super delicious.

Some of their permanent menu items include yummy creations like "Simone's Cobbler," a strawberry cheesecake funnel cake with actual cheesecake chunks as one of the toppings.

Another classic is the blue "Cookie Monster" funnel cake that comes with cookies and cream ice cream.

Their menu changes a little from pop-up to pop-up with some specialty cakes added to the list every now and then.

The Funnel Bar's last event menu had a massive "Cookie Butter Crunch" and even a cake in honor of Kobe Bryant called the "Black Mamba" which was made from Oreos and topped with purple and gold sprinkles.

You can get pretty much any of the yummy, fried cakes topped with ice cream and whipped cream. No surprise there.

Their next pop-up was recently announced and is going to be on Sunday, February 23 from 1 to 5 p.m. in East Downtown. We recommend getting there a little early to make sure you snag a funnel cake before they're gone.

If you can't make it out to the event next Sunday, there will still be plenty of pop-ups in the future, just keep up with their Instagram to see when they announce their next one.

Their take on classic carnival fare is the perfect way to treat yourself!

Why You Need To Go: Your opportunity to grab one-of-a-kind and over-the-top desserts is limited and this is your next chance to do just that.