Now we can have our cake and eat it too. 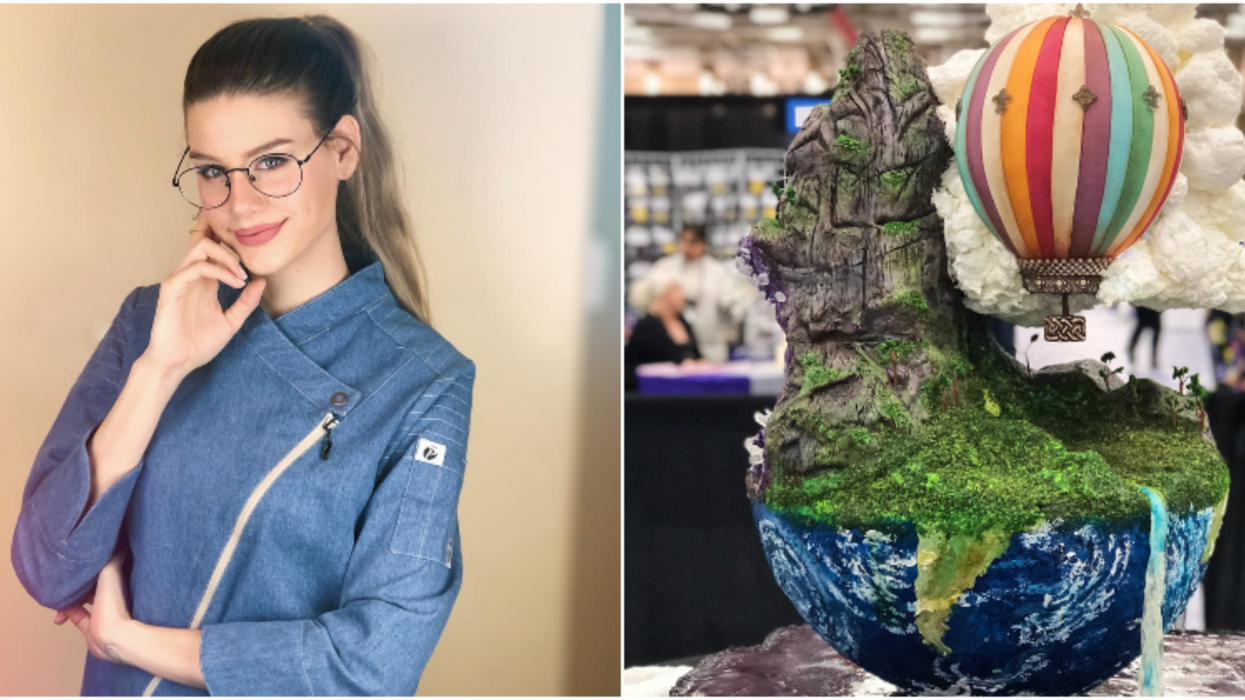 I'd argue that the Food Network is the backbone of America—the channel we flip to when we've heard enough of the debate on healthcare for the day (huh, ironic). Towering cakes revive our hope, Gordon Ramsay unintentionally brings us comedic relief, and now, the winner of Food Network's Wedding Cake Championship, Shelby Elizabeth Cakes, brings us a lot of Houston pride.

Shelby Brown co-owns Shelby Elizabeth Cakes right outside of Houston in Richmond with her mom, Robin Cates, who appeared alongside her on Food Network's Wedding Cake Championship.

The two complement each other's talents—Robin bakes the cakes and uses her 30-years of experience as a silversmith to create the structure. Then, she hands it off to Shelby to create the wild decorations.

During the June finale of Wedding Cake Championship, Shelby and Robin were crowned first-place by hosts Johnny Weir and Tara Lipinski. The duo took home $25,000 in the competition judged by Maneet Chauhan, Randy Fenoli, and Kimberly Bailey.

She also has her own YouTube channel called Sugar Scoop where she—well, gives the sugar scoop. She posts dessert tutorials and shows off her cute personality to her 14,000 subscribers. She specializes in wedding cakes, grooms cakes, and pretty much any cake you can think of (or not think of!).

It doesn't have to be a boring traditional cake either—Shelby and Robin love making cakes that encompass the bride and groom and surprise the guests.

I mean, this award-winning alien bride would definitely turn some heads.

From floating storybook cakes to dreamy pastel unicorn cakes, this girl proves everything is bigger and better in Texas.

Shelby was also a contestant on season 8 of the Food Network's Halloween Wars. This girl is on fire with her viral media game! Wedding cakes in Texas just got even more delicious, and we're as excited as we are proud Houstonians about it.