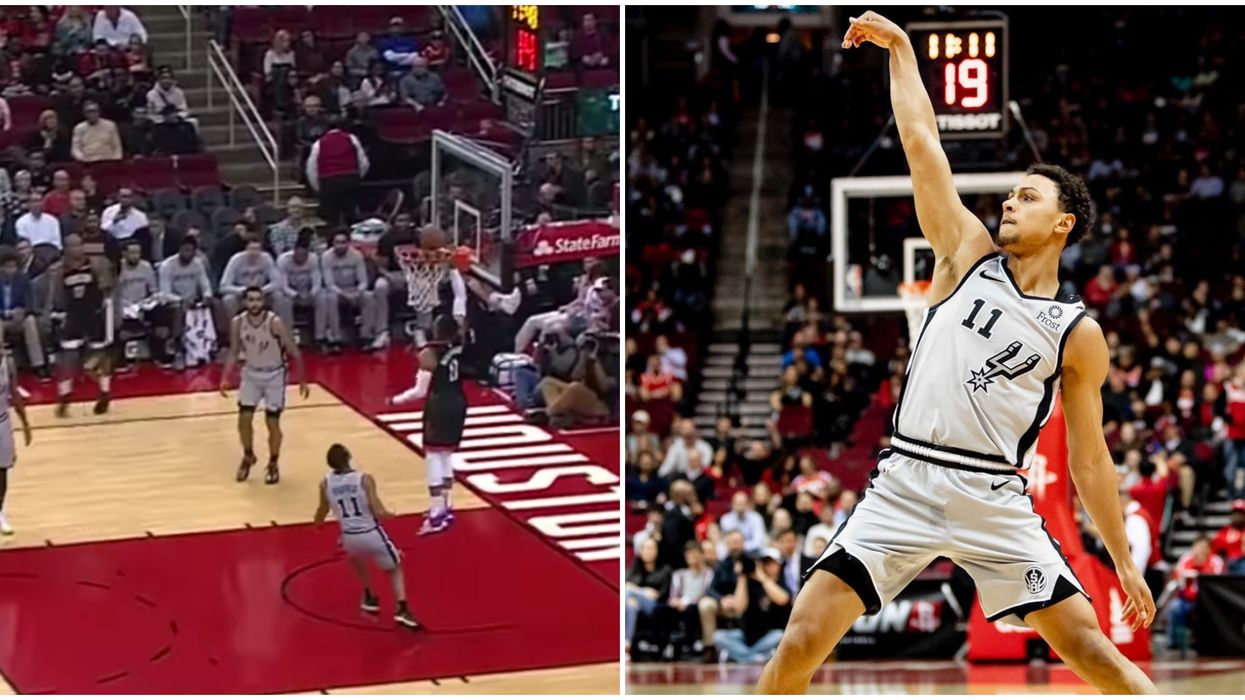 The Spurs vs Rockets game last night was eventful for several reasons, but not the ones you'd expect. Aside from the Dejounte Murray and James Harden drama, which was juicy in itself, a fan was getting every reason to never come to another Rockets game again! Last night at the Houston Rockets game, a fan had beer splashed on her not once, but twice, and it was anything but her fault.

I'm sure not a single fan in the audience of the Spurs vs Rockets game last night anticipated leaving soaking wet, but unfortunately, that was the case for one.

During the game, a Rockets player is seen attempting to pass the ball to a teammate, which leads to an epic fail.

The ball goes straight into the audience, and as a result, hits a girl holding a full drink and it splashes all over her.

You can see it all happen in slow motion in the video above, posted by Rob Perez on Twitter.

Poor girl, and by the looks of it, she wasn't the only one who got wet!

Surprisingly, no one from that section of the audience ended up leaving, at least not for the remainder of the evening.

Though maybe they should have because it happened again!

This time, the ball had gone out of bounds once again, and a member of the Spurs team was attempting to get it out from under a chair but bounced it up onto the same girl's drink.

Now that we can see what the girl is holding, we're almost positive it's beer that was splashed on her both times.

That's definitely not the easiest clean-up.

Poor girl, you can clearly see the appalled look on her face in the second video.

Both the Spurs and the Rockets are at fault for this one, committing, as Rob Perez tweeted, a "party foul."

We wouldn't be surprised if the girl in the videos took a long break from coming to sports events.

Or maybe, sat a few rows further back next time.