Just because they're both from Texas doesn't mean they have to get along. 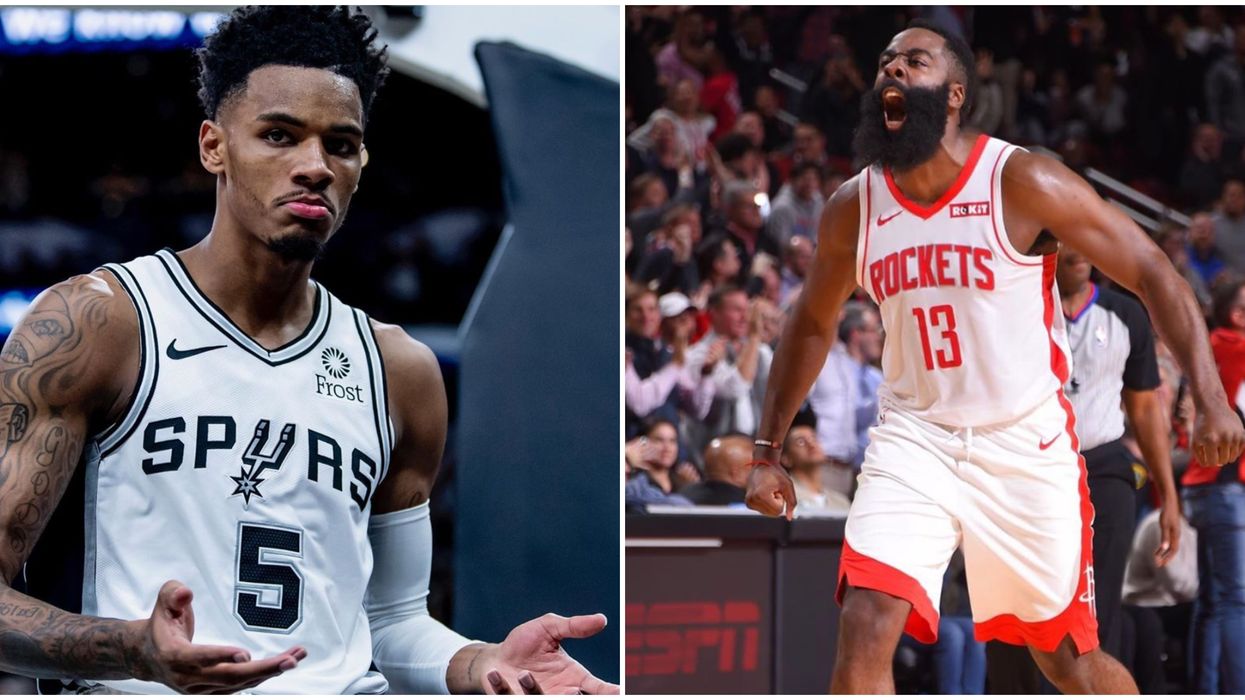 Basketball games can get everyone riled up, especially when we're this far into the season. From the fans in the stands to the players on the court, you never know what to expect from a game, especially when two iconic teams are playing. Last night, Spurs' Dejounte Murray and Rockets' James Harden fought over a play that resulted in Murray scoring for the Spurs.

The San Antonio Spurs faced off against the Houston Rockets in Houston, leading up to the two players butting heads.

In the videos posted all over Twitter, you can see what looks at first glance like a simple steal from Murray, which leads him to score for his team.

With a closer look, Murray might have actually fouled Harden pretty seriously, and that was enough to get Harden pissed.

As soon as Murray gets the ball in the hoop, Harden jogs up to Murray and shoves him, getting back at him for what he had done prior.

You can see everything unfold in the video above, because what happens afterwards is just as intense as the actual fouls.

In the video, you can hear one commentator say "So when you let obvious fouls go, players get frustrated."

Which clearly seems to be the case!

A referee has to step in to keep the two players separated, and it worked... for now.

Fans responded to the video on Twitter with support for Harden, as well as backlash for letting Murray get to him.

One fan tweeted "Harden would eat this dude for breakfast," and well, he's not wrong.

Though we know Harden would never take it as far as many fans think he would.

The backlash towards Harden comes from memes created of him in previous games, as seen in the tweet above.

The game ended with the Houston Rockets winning against the San Antonio spurs by only two points.

We're excited to see these teams continue in their season, and hopefully, a lot less shoving.