Astros' Lance McCullers Jr. Reached Out To A Fan Who Was Attacked At This Weekend's Game 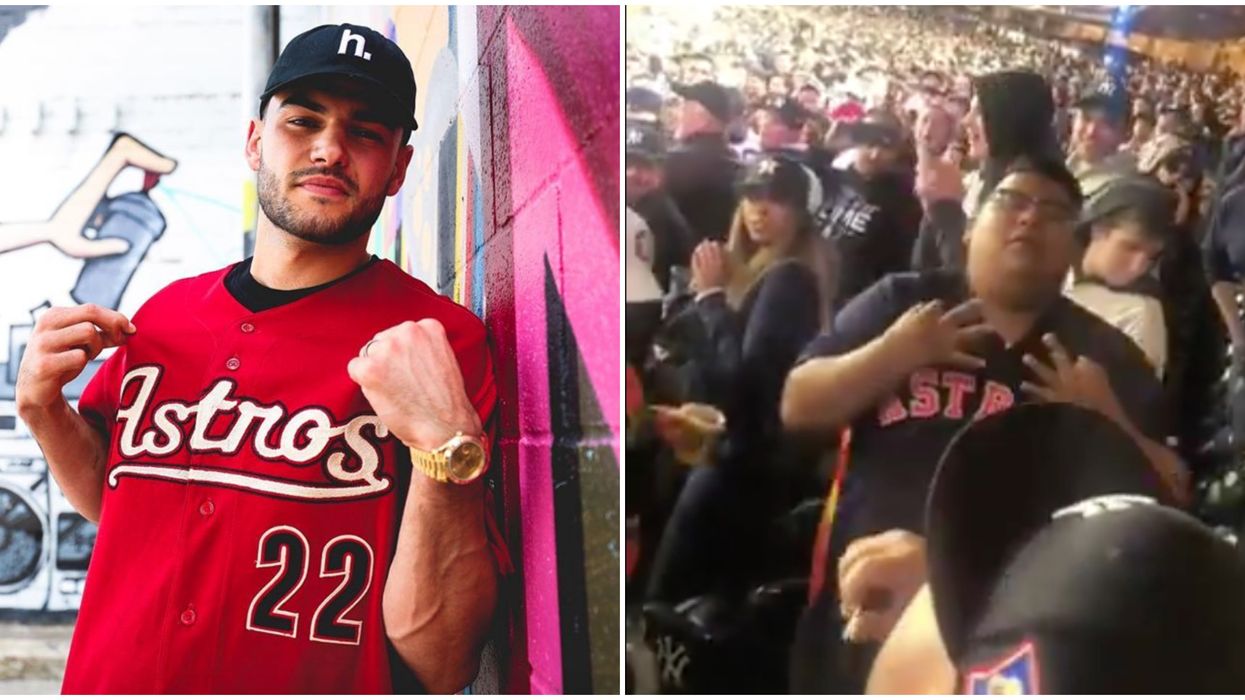 No one is more excited over the recent Houston Astros' win than the team's loyal fans. Unfortunately, there was one fan that didn't have the best experience during this past Saturday's Game 6, where the Astros secured their spot in the World Series. Now that a video of the said fan has gone viral, the Houston Astros' pitcher, Lance McCullers Jr., is reaching out in hopes of making things right.

McCullers Jr. quoted a tweet from an official account that tweeted the video, originally recorded by someone in the stands watching the chaos ensue. In the video, the fan is seen being escorted out with his friends and family by a police officer, but that didn't stop Yankees' fans from unleashing their anger on the Astros fan as he exited the stadium. The video was enough to catch the attention of McCullers Jr., and now that the fan has identified himself, we're dying to see what happens next.

It's understandable that McCullers Jr. would want to reach out. Popcorn, beer, slurs, and even a middle finger were thrown in the Astros fan's direction, and while he seemed unphased, that's no way to spend your evening.

Ultimately, the Astros won Game 6 with 4 - 6 against the Yankees and are happily on their way to the World Series. It's all that the fan in the video and every other Astros fan in the stands could've hoped for. Whatever McCullers Jr. is able to offer, may not end up being nearly as good as this victory.

The man that was attacked isn't the only person McCullers Jr. is hoping to get in touch with. You may have seen a viral tweet of an Astros fan hardcore reacting to some of the plays during another ALCS game, if not, images of him can be seen both above and below this.

This emotional man embodied how the rest of the stadium was feeling during this particular game, and it was enough to capture the hearts of Twitter, as well as McCullers Jr. He's all about reaching out to fans, apparently!

We wouldn't be surprised if either fan is sitting front row during the World Series, and can only hope the Astros take home the W yet again.