No one missed the traffic. 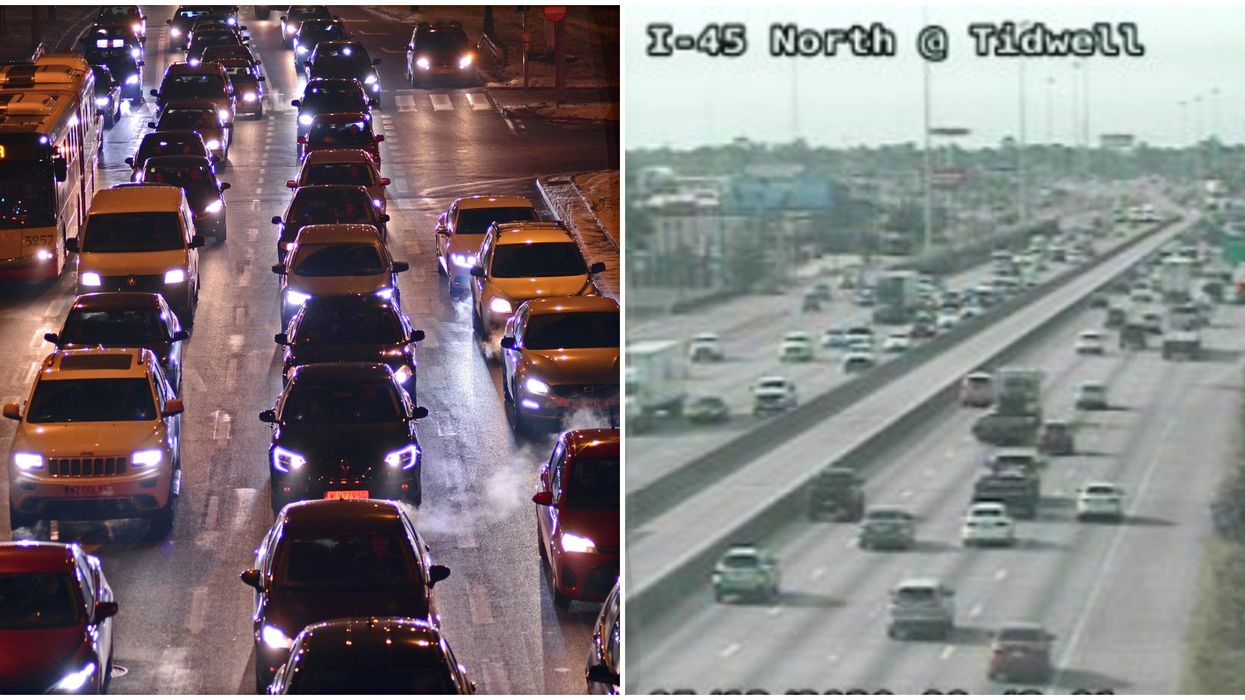 If there's one thing that Houston has more of than any other city in Texas, it's traffic. Heavy traffic jams in Houston are the most common thing you can find here, with massive highways always being packed to the brim during morning and evening rush hours. Though there was some respite from all that during the city's shutdown, reopening is bringing back everyone's beloved Houston traffic.

Traffic cameras from the Houston TranStar with the Texas Department of Transportation have been capturing the heavy jams that have popped up across the city lately, typically occurring during the classic rush hour times.

A little after 6 a.m. on Tuesday, May 12, there was an accident on a major highway heading into the city, causing a big backup and slow driving times.

From 6-7 a.m. and 5-7 p.m., roads are much more packed than they were a couple of weeks ago, with thousands of residents filling the highways and main roads.

The jams are made up of those headed to and from work mixed with new customers who are now allowed to go out to eat and shop.

Houston TranStar offers a live interactive traffic map so you can keep track of when it's better or worse to head out. This might sway you to use another road if there's a jam or accident on your typical route.

Fighting to get through the city is something that no one from H-Town was missing, but with the rise of people going back to work, it's inevitable.

Accidents along with new construction are the main causes of the current build-ups. The city buckled down on various construction projects seeing as how the streets had cleared.

Still, not all of the construction has wrapped up yet — and some won't anytime soon — causing even more traffic as Houston slowly reopens.

I-45 and other major roads that head in and out of Central Houston are getting the worst jams.

If your job is reopened or you're headed downtown to pick up a meal to-go, you might want to check the traffic map before you head out.