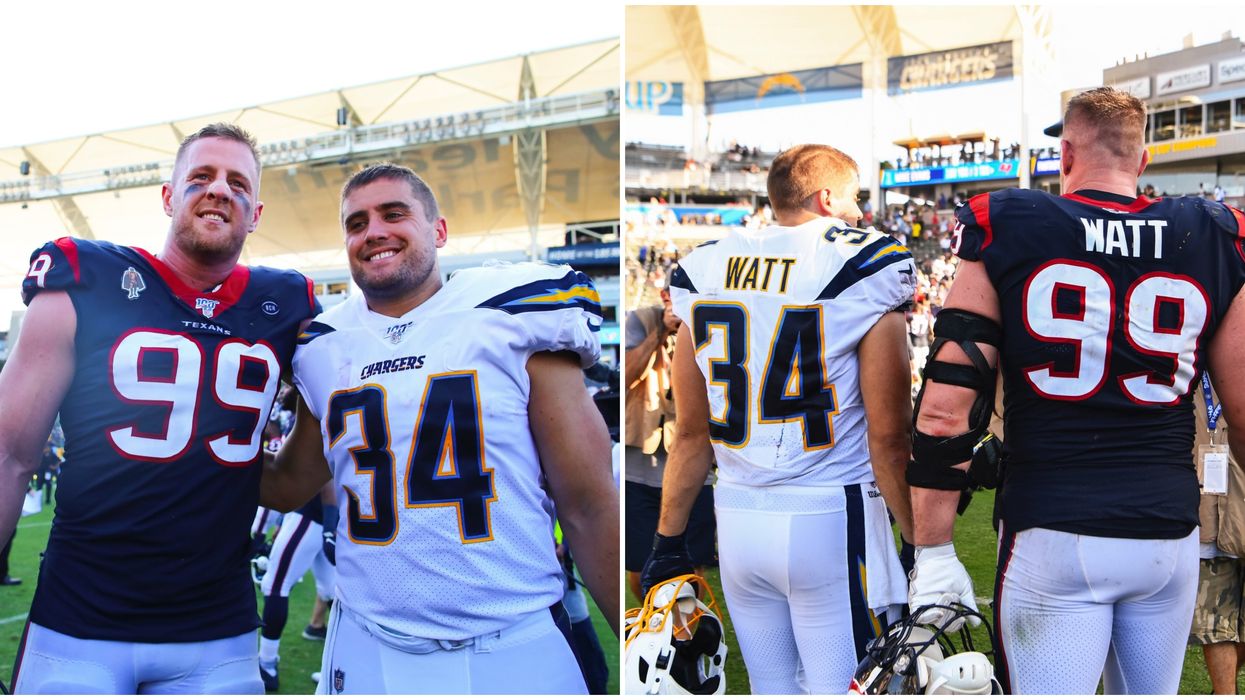 It's no secret that Houston Texans star JJ Watt is a great guy. Not only has he raised over $20 million dollars for hurricane relief, but he even goes as far as playing catch with kids before each game. What a good guy, right? And he keeps that spirit up wherever he goes, even on the field.

Yesterday, JJ Watt played against his little brother Derek Watt and the San Diego Chargers. He could have totally been in the zone and getting ready for the game. But JJ and Derek took some time out to show the audience that their bromance is always alive, even when they are opponents.

It's not everyday that two brothers play against each other in the same NFL game, but the real story comes in how they interacted before and after the game. Prior to kickoff, JJ was caught playing peek-a-boo with his pint-sized nephew, who was cheesing back at his famous uncle wearing a pair of noise cancelling earmuffs.

In a touching Instagram post, JJ even gave his brother a shout out about how thankful he is for his family and getting the opportunity to show that off on a national stage. NO matter who would win, or even who won, JJ took the time to focus on the most important thing in life and that's his family.

Of course it had to be a big family reunion. It's not everyday the Watt brothers get to play national football together. Their mom, Connie (aka "Momma Watt"), was in attendence repping for her crew. Now it's impossible for her to pick a favorite, and we wouldn't dare ask her to pick a side. So she found a very classy way to show how proud she was of her sons. Her simple t-shirt with a mix of the Houston and Chargers logos shows that it's really not about who wins, it's about celebrating all.

Even though football season is crazy, we can all learn a lot from the Watt crew. They may be beasts on the field but deep down they are a bunch of sweethearts.