7 Spots To "Casually" Bump Into Houston Texans Players In Texas 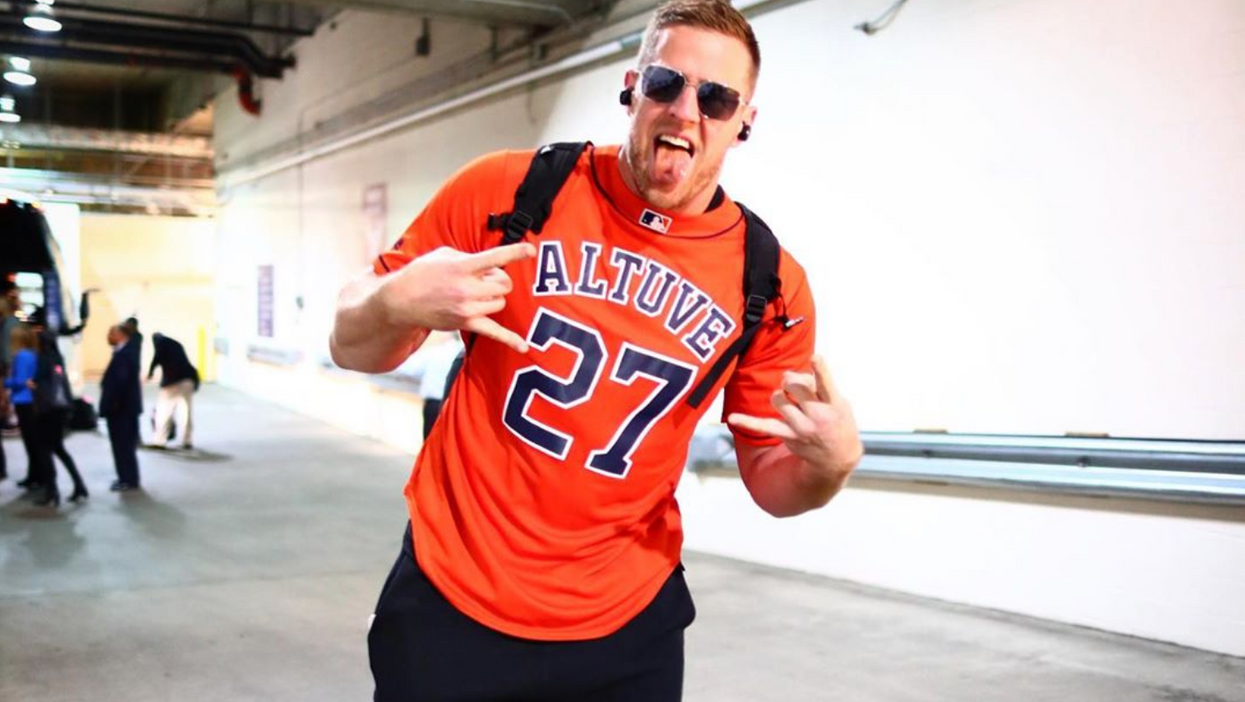 Being a professional football player takes a lot of work, so much so that it's rare to catch a member of your favorite team off the field. While it might be rare to see one out in the city, it's certainly not impossible, especially when it comes to the Houston Texans. We've made a list of the best places to spot a Houston Texan throughout the state, to hopefully increase your chances of bumping into them one day.

This giant downtown park is filled with great places to practice football, or in Deshaun Watson's case, conquer the bottle cap challenge. The quarterback probably spent hours here to get it exactly right, plenty of time to bump into him and say "hi." Next time you're in the downtown area, keep your peepers peeled.

DeAndre Hopkins is all about doing things for a good cause. That's why it didn't surprise us when he posted about the Houston Boys and Girls Club while at Academy. Whether he's there to give back, or to pick up some new gear to practice in, seeing him in person will be all the same. They're all over Texas, after all!

JJ Watt has no problem showing his woman off, just take a look at his Instagram feed and you'll see exactly what we mean. B&B Butchers & Restaurant is just one of many places he's been caught out in Houston with his lady, and if you visit Houston hot spots like this enough, you could bump into both of them one night.

Deshaun Watson isn't the only one that's been caught practicing in Houston outside of the stadium. DeAndre Hopkins takes his craft very seriously, so as long as there's a field you can catch him throwing the ball around like there's no tomorrow. Literally, the chances of seeing him in a park or field are extremely high!

Nice try Brennan Scarlett, but we can see that Smoothie King in your hands. Players like Scarlett have to get their protein in as often as possible, and what better place to do that than Smoothie King! They're all over Texas and as long as they're serving the Peanut Power Plus (choice drink) you may catch Scarlett in line for his.

Justin Reid has places to do and things to see, and the only way to achieve both is to fly in and out of Houston. While you're at the airport, be sure to be on the lookout for players like Reid as well as other Texans, you could get extremely lucky. They are always being spotted leaving and entering the airport.

This location may look familiar, but going further into the streets is key. Justin Reid loves his team and his state, so an iconic mural such as the one pictured below is the perfect photo op. Find it in the city and you'll at least be able to say you have the same picture as Reid, or maybe you'll get lucky and spot him there again!