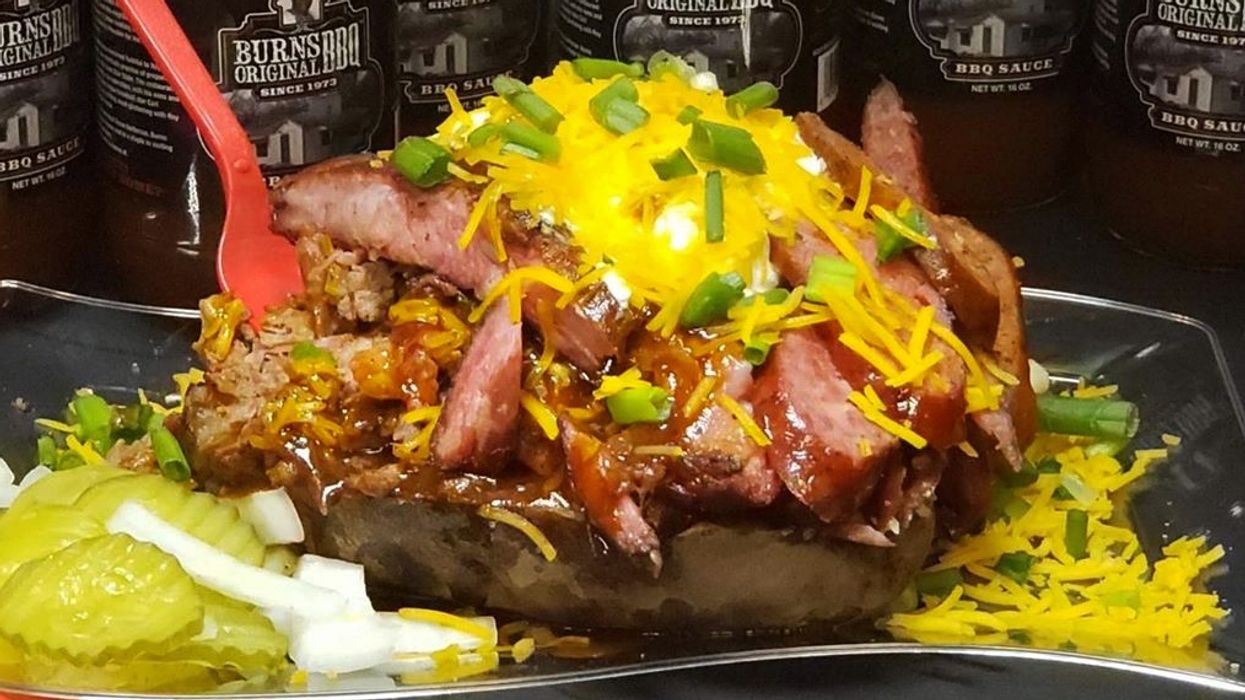 There is no shortage of BBQ in Houston and that's a part of what makes this city so great. But since there are so many great options to chose from, it helps to have some criteria when it comes to picking your local joint. If the size is one of those requirements and you want your BBQ to not only be delicious but also massive, there's a local Houston barbeque joint that's known for their massive portions and they just unveiled a 100 lb baked potato!

Burns Original BBQ is a Houston favorite and they're known for their huge portion sizes, yummy BBQ, and an amazing sauce.

They've been selling 10 lb baked potatoes for a while now, which is already a huge amount of gooey potatoes in itself.

However, just this past week, the spot announced on their Facebook and Instagram a new 100 lb baked potato that is so massive it takes five people and five trays to carry it!

In order to get 100 lbs of baked potatoes, you will need a lot of friends to help you devour the delicious beast! Second, be prepared to carry tons of heaping trays out of the door, since that is how the 100 lb potato has to be packed up.

The pricing for the 10lb trays of potatoes is $75 and feeds up to 15 people. That means it only costs $5 to feed each person.

You definitely get your money's worth because the trays are loaded with a pound of ribs, a pound of chopped beef, and a pound of their famous links.

The price is good but the number of calories... we don't want to know!

The 10 lb meals aren't on the menu but are still wildly popular and with the unveiling of their 100lb-er this past week, we can't help but think that it's going to become a local favorite as well, especially for large parties.

Houstonians really love their BBQ and if you want to check out more local favorites, there's going to be a giant BBQ fest in April where you can try out unlimited meats.

The city also has no shortage of other options when it comes to sharing huge portions and if endless pounds of baked potatoes just doesn't sound like enough, maybe visiting some of these Houston restaurants with massive foods will.

Why you need to go: There's no other place you and your friends can go and share in 10 or 100lbs of delicious gooey carbs.