Somebody call Beyonce, we're getting a girl gang together. 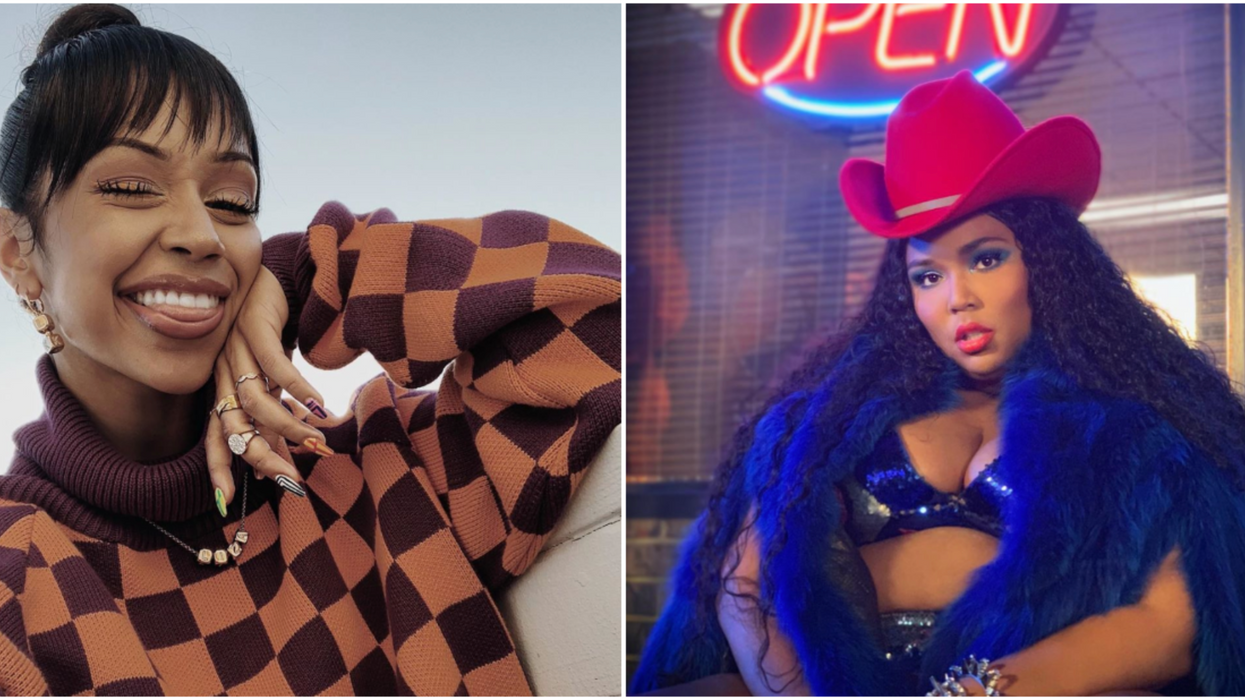 Should we all pretend to be shocked that some of the biggest female icons right now—Beyonce, Lizzo, Liza Koshy—all share some roots in Houston, Texas? And they're all super proud about it. Obviously. And just yesterday, Liza Koshy praised her fellow Houstonian Lizzo for her self-empowering music.

Koshy has been on a press hop since season two of her show, Liza On Demand, premiered. And honestly, it's been doubling as a Houston-pride tour, but we can't blame her.

Koshy was born and raised in Houston, Texas, and has always been vocal about her love for this city, and the powerful women from it—especially Beyonce. But the love wouldn't be complete without a shoutout to Lizzo of course. And while Lizzo wasn't born in Houston, she was basically raised here, so we still claim her.

In the interview by Teen Vogue yesterday, Koshy guessed how her fans respond to a survey about her. One of the survey questions about Koshy was "What is Liza's hype song?"

Koshy immediately knew her fans would guess "Good As Hell" by Lizzo.

"I think they're gonna say anything by Lizzo," she said. "Good As Hell is good as hell."

And sure enough, 314 guessed Good As Hell to be Koshy's hype song. And if it hypes up that already-hyper "little brown girl", it really must be good as hell.

The second most popular song guess—Lizzo again. And then more Lizzo kept making the list.

"I freaking love Lizzo," she gushed. "I could sing her praises. But if I did it'd be offensive because I can't sing." Relatable.

She then prompted everyone to go download Lizzo's album. I mean, it is good as hell.

Last year, Koshy even got to interview Lizzo at the Met Gala and the energy was—of course—Houston-level hype.

But that's not all. She continues to represent Lizzo and Houston in interviews and tweets.

And if that's still not Houston enough for you, check out this interview she did with First We Feast for their "Hot Ones" Youtube series. She reminisces on the delicious Tex-Mex food and going to high school in Houston.

I'm just sayin'—if you're not reppin' Houston as hard as Liza Koshy, you're not doing it right.

Between this and Beyonce being spotted at a Lizzo concert, we've really gotta get this girl gang together quick.

And if you're a Houston girl named Lizzy or Lizet, I hope you're on TikTok. Because your chances for stardom seem pretty high right now.