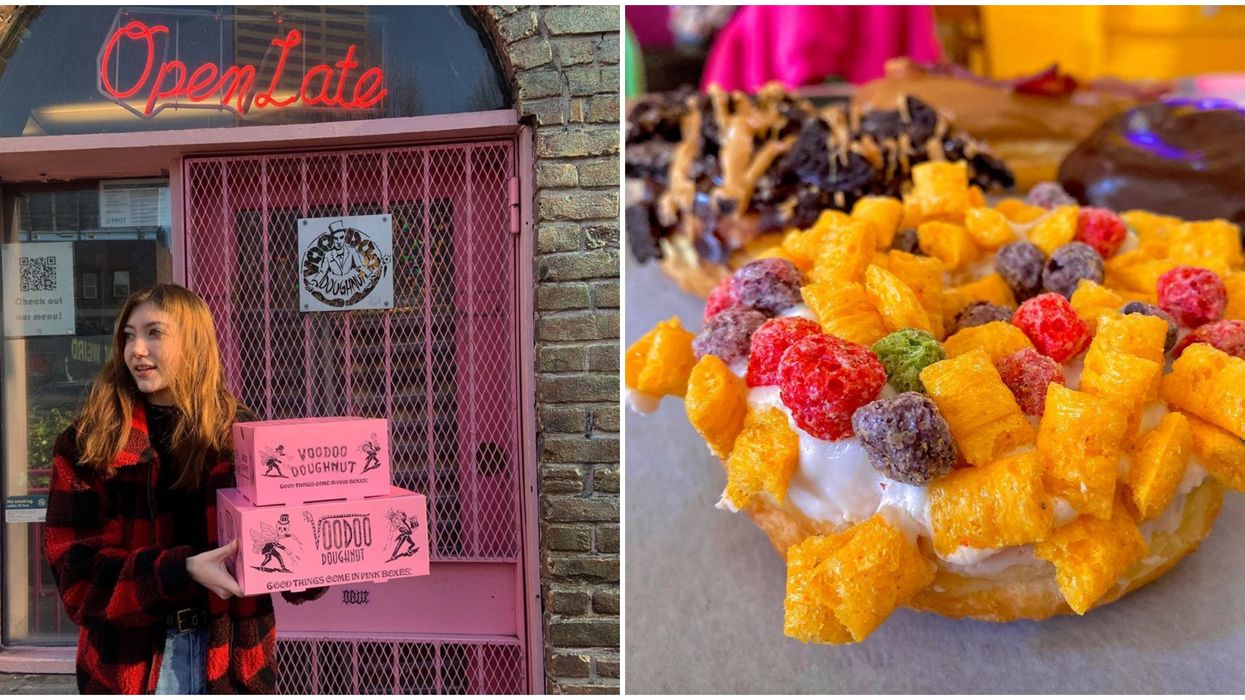 If you're from Houston, then by now you know that the city is basically a foodie wonderland. Houstonians have unlimited places to go try to delicious menu items, and they're almost always Insta-worthy. Voodoo Doughnut will soon be the newest addition to their foodie wonderland and after months of being toyed with over its opening, there's finally a set timeframe for when we can expect Houston's newest 24-hour doughnut shop.

According to Eater Houston, Voodoo Doughnut will be opening at 3715 Washington Avenue in Houston, Texas in January 2020.

With the New Year being just days away, this is extremely exciting news and a great way to kick off 2020!

The official date is still TBA, but as long as we at least know the month, that's better than nothing.

The doughnut cravings have officially begun.

Voodoo Doughnut currently has only eight locations across the USA, and the new Houston one will make nine!

Texas' Austin location is extremely popular, so if you're from Houston and looking to give it a try before Houston's opening, now's the time.

Voodoo Doughnut specializes in wild doughnut creations, some with cereal coating the doughnuts, and others with bacon!

Every Voodoo Doughnut location is open 24-hours, so no matter when you're having a sweets craving, the doughnut shop will be open to satisfy you.

In addition, this will be the chain's one-and-only drive-thru location. You won't even have to leave your car to get your hands on some doughnuts.

Regardless, we know we'll be getting it in the New Year.

Why You Need To Go: To experience one of the greatest doughnut shops in the world, something Austin has enjoyed for quite a while now.