Turns out there's a big smile underneath that beard. 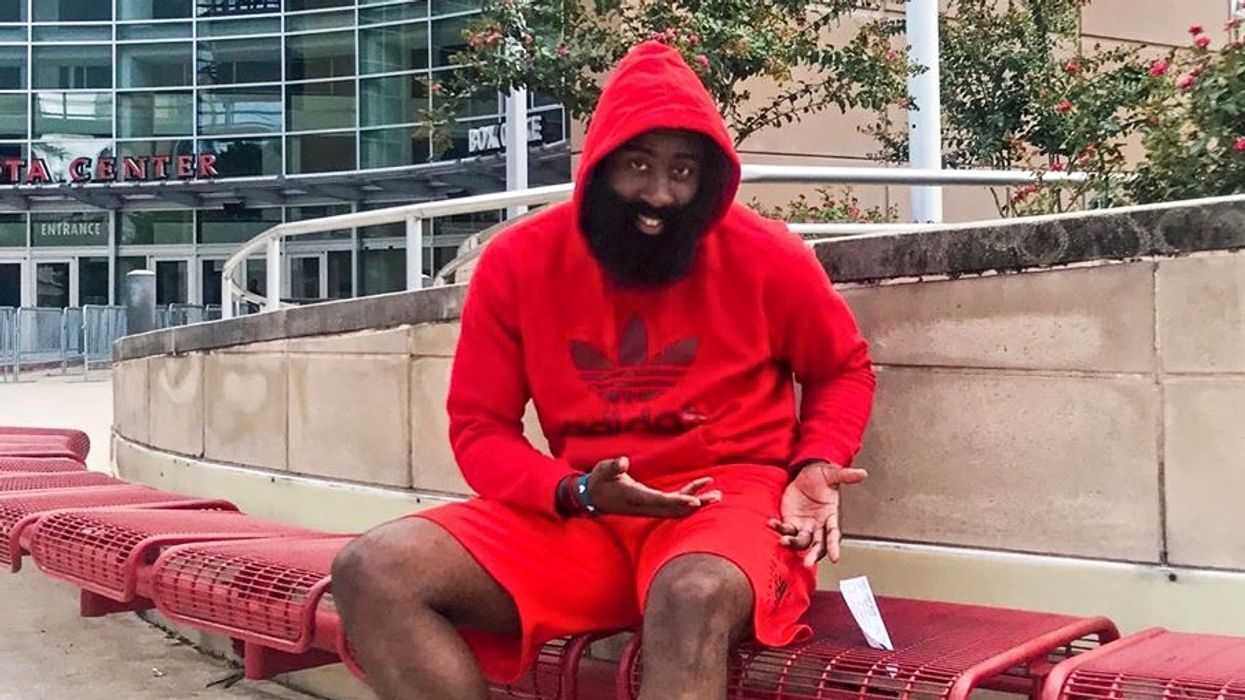 Yesterday Houston Rockets superstar James Harden showed off the lighter side of his personality when he took it upon himself to hide several tickets to his birthday concert "James Harden and Friends Charity Concert" that takes place tonight at Revention Music Center.

Harden posted a photo of himself on Instagram—looking sharp as always—placing two tickets to the concert in a park bench outside of the Toyota Center.

He then traveled around popular spots in Houston to place tickets in other inconspicuous areas such as inside a traffic cone to send his followers on a wild scavenger hunt across the city.

In the caption of the photo which received over 250,000 Instagram hearts, he said "Got a lot of DM’s from people from the city saying they wanted to come out to the concert but couldn’t afford tickets so I’m doing a scavenger hunt. We’re giving away 10 tickets, they’ll be left all over the city you have to find them here are the first two good luck." He ended the post with the hashtag JHTownWeekend, which is going on all around Houston from August 23rd-25th.

This is the time of year when Harden can let loose and enjoy the luxuries of being such an influential athlete. But as we all know when the season tips off this October it's going to be business time for Harden, Westbrook and the rest of the Rockets squad.

He continued to share a few other screen grabs where he left tickets including the Houston Galleria mall and concert venue the Revention Music Center. All of the concert proceeds go to charity, and while the lineup will be under wraps until showtime, it's highly likely that Travis Scott will be in attendance at the show.

JHTown Weekend is such a fun way for celebrities to give back to the community. Other events this weekend include a celebrity softball game and a comedy show. James, keep doing you, we're loving every minute of it!