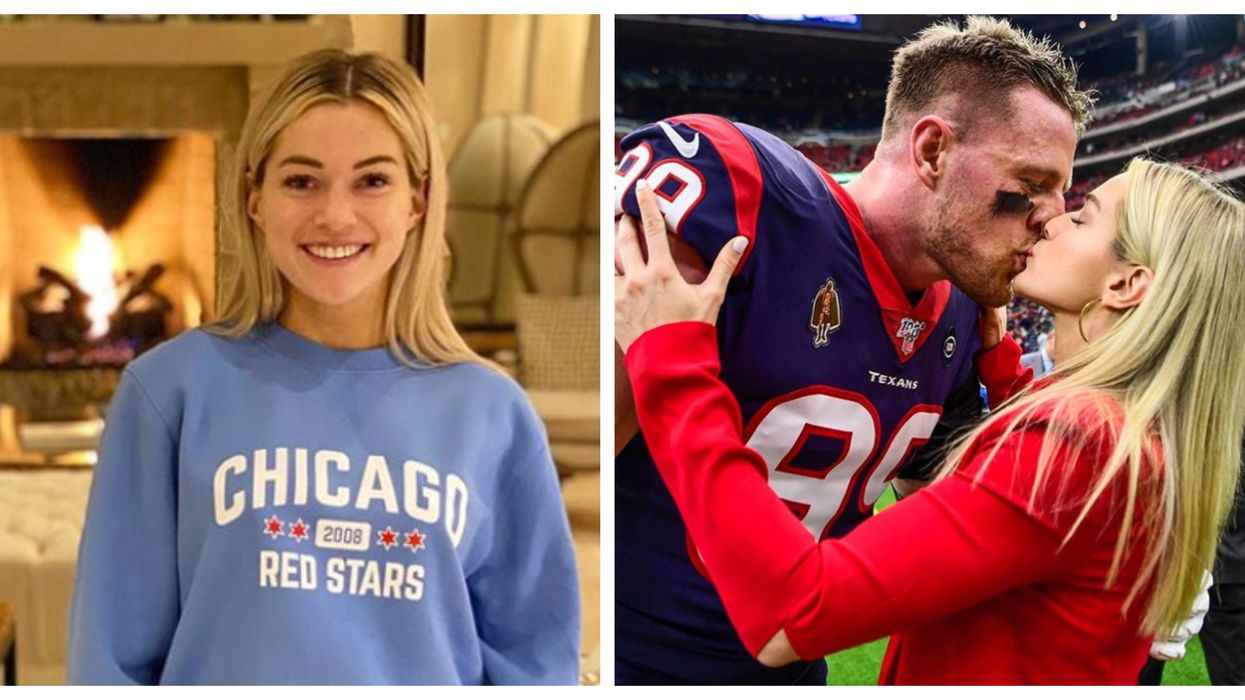 Ohai, a former Houston Dash player, was recently traded to play for the Chicago Red Stars. While this would normally be a cause for celebration (which it definitely still is), it is now being shadowed by the fact that she is J.J. Watt's fiance and he is not happy about it. In a recent tweet on his page, J.J. Watt called out a Houston news source after referencing Ohai only as his "fiancee."

Ohai and Watt got engaged in May 2019 on a dreamy summer afternoon, with a picture-perfect beach sunset in the background. Their engagement formed an unstoppable Houston sports power duo with both of them being powerhouses in their own respective sports, and repping Houston while at it.

So to not include Ohai's name in the title of the article that is about her is something Watt, a well-known Houston advocate, won't stand for.

ABC13 Houston uploaded an article on Ohai after her trade from Dash to the Red Stars, and instead of giving her credit, they mentioned her as Watt's fiancé.

Watt goes so far as to say that the "headline is trash" in a direct retweet of ABC13's article.

Ohai is an accomplished soccer player who has been playing for Houston Dash since 2014. She has had a very decorated career, even playing for the US Woman's national soccer team where, in 2012, she scored the winning goal against Germany to bring home the World Cup!

It's no surprise why Watt would use his massive Twitter base to reach his 5.5 million fans and call out the unfairness, because frankly his fiancé is a rockstar in her own right.

If anything, this further shows how strong this power duo is and that they've got each others' backs no matter what!

Congrats Kealia, we'll miss you in H-town but we know you'll do great things in Chicago.