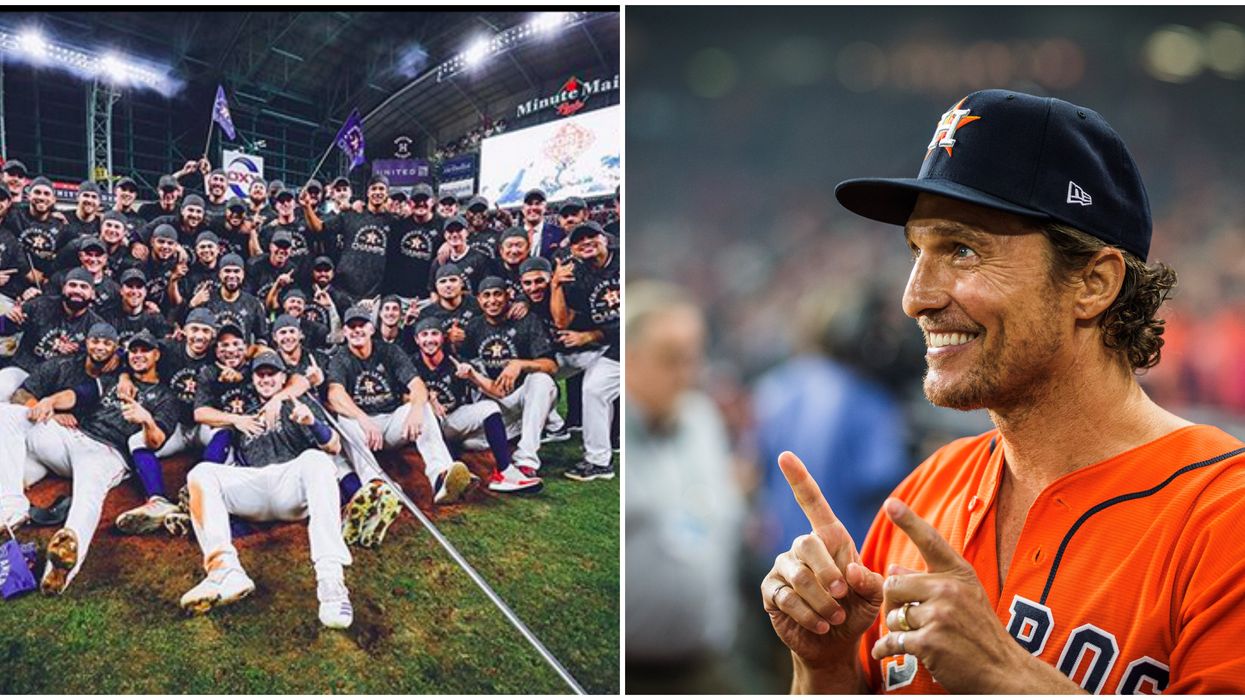 The World Series had every Texan on an emotional whirlwind this past week. The results of Game Seven were not favorable, but there is one thing about the game that still gave us a glimmer of happiness to be Texans. The one and only Matthew McConaughey was seen at the World Series game last night decked out in Astros gear.

The actor is known for being a Texas Rangers fan, but the Astros were the ones to make it to the World Series, so of course, McConaughey had to support the Texas team. The actor was seen wearing the team's jersey and a stylish Astros hat.

McConaughey was given a new Astros hat by the team right before the game started. The iconic Texan actor was met with thunderous applause at the stadium and people instantly took to social media to gush over him.

The professor at the University of Texas had the honor of speaking to the crowd before the big game. With everyone hyped, McConaughey proclaimed it was time to "play ball," and the game instantly took off.

There is truly no prouder Texan to kick off the final game of the World Series located in Houston.

Twitter user Noddsweasley commented on what we were all thinking, "I’m so blessed to be from the same state as Matthew McConaughey."

For more Houston fun, check out this brand new cereal bar that's bringing tons of amazing treats with them at their grand opening next week.