A hero to us all. 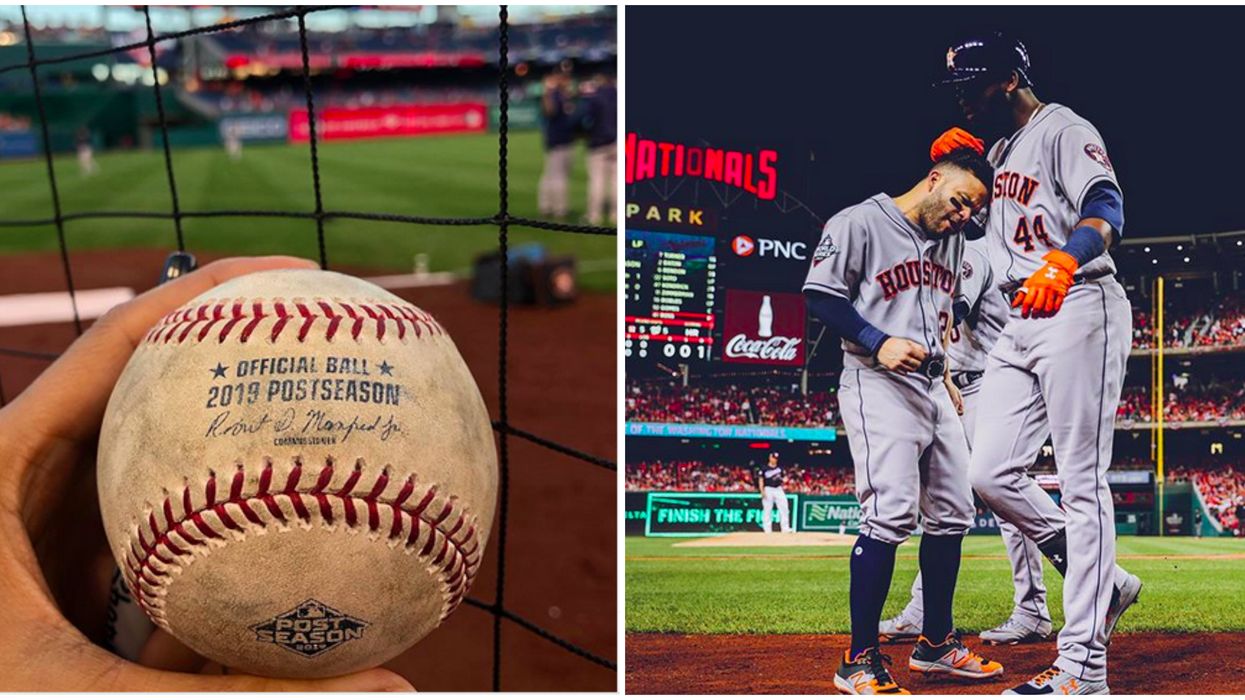 The World Series continues, and to our enjoyment, the Astros are doing much better this time around. The Houston team won the game last night seven to one at the Nationals. Everyone in the bleachers were going wild over the heart-pounding turn of events. During the incredible Houston Astros World Series game, something in the stands happened that was super out of the ordinary.

A man, who was later identified as Jeff Adams, was walking back to his seat with two beers in his hand. At the same time, the Astros hit a home run, and the ball went flying straight to Adams. The ball hit him the chest, but Adams was keen not to drop his beers!

Of course, the Twitter world went wild! People could not believe the name did not spill a single drop of his beer, even after getting slammed in the torso with a home-run ball.

Twitter user BCope2015 said, " Those cost way too much to drop them," and it seemed like most people agreed. Other comments put the price range for the beers and were from $10 to $20.

Once the video was out, the search was on. Budlight almost instantly tweeted that they were on the hunt for this man. While they didn't mention what his reward for being so protective over his beers would be, Twitter users suggested anything from a spot in their next TV commercial to free beer for life.

When he was identified, Adams said he is rooting for the Nationals but that didn't stop Astros fans from showing him respect. Twitter user heyxava commented, "I'm an Astros fan but I love and respect this man. You don't drop your Buds no matter what."

Actualbman on Twitter branded the man "America's hero" and it was pretty clear he wasn't the only one who felt that way. No matter what team you happened to be rooting for, Adams got mad respect for holding it together and still getting that home run ball.

For more on these games you can check out what happened when Lance McCullers Jr reached out to fans who were attacked during one of the games.