Brews with a view. 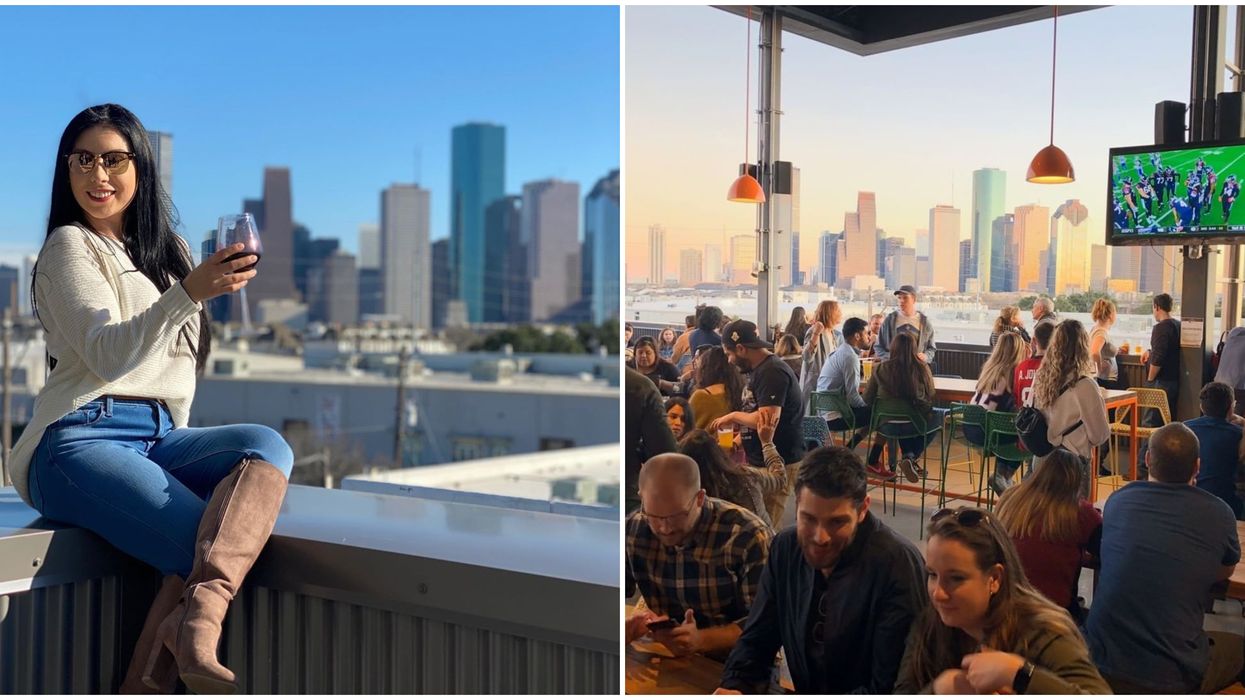 Houstonians love craft beers and luckily, it's not at all hard to find a good, local brewery. However, a brewery unlike any other opened in the city just a few months ago and is giving us yet another reason to love H-Town. This somewhat new Houston bar with a view is a spot that celebrates HTX by having city-themed drinks and the best rooftop views of the Houston skyline.

Buffalo Bayou Brewing Company opened its massive warehouse location last November and since then it has become an extremely popular spot to grab drinks.

What some call "Houston's Most Creative Brewery" looks like a wonky warehouse building from the outside, but is anything but that once inside.

Stepping through the entrance's colorful, buffalo-shaped archway almost feels like stepping into Willy Wonka's Chocolate Factory, but for adults.

Houston pride is clear as ever here with some of their brews currently in production including the 1836 Copper Ale and Crush City IPA.

Not only are their brews named after their city, but the building is housed on a huge, covered rooftop where you can soak in what makes Houston, Houston. The skyline!

Their three-story rooftop beer garden has plenty of seating so that you and your friends can all hang out under the open sky and take in what's above you.

However, being outdoors can be tricky and every Houstonian knows the city's weather can be unpredictable and oftentimes extreme.

Luckily, the brewery knows this too and is fully prepared for any kind of weather that comes their way.

Not only is most of the rooftop covered, but there are also space heaters for when it gets too cold (which is rare) and huge fans for when it's hot (which is often).

These hours mean that not only can you get daytime views, but you can also enjoy nighttime views of the skyscrapers all lit up.

Their restaurant offers classics such as burgers and fries, pizza, wings, and even huge skillets of loaded fries. All are yummy pairings for your freshly-crafted brews.

With spring coming up, nothing sounds quite as good as coming out to Buffalo Bayou Brewing Company and enjoying the company of your friends with some booze.

Why You Need To Go: Spending a hot day in Houston is always better with cold brews and a great view of the city!