Wild West Brew Fest is coming to Katy on April 27 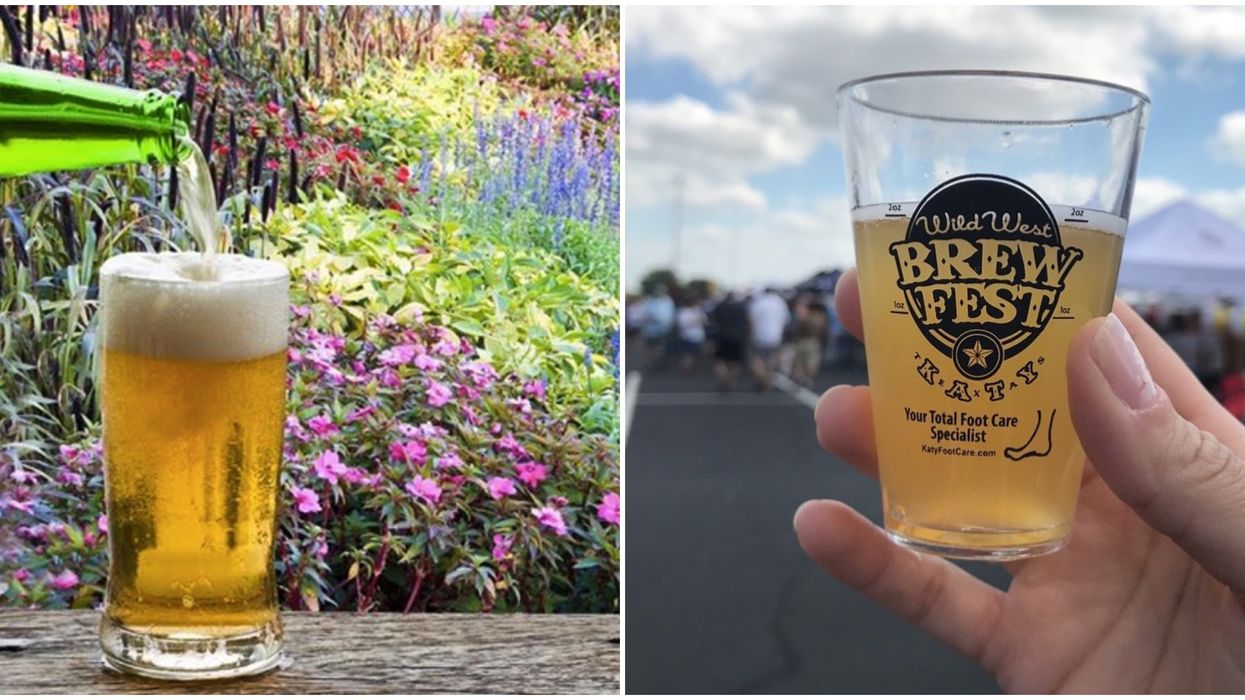 Everyone has a favorite beer. Even if you're not a beer person, there is still a type of beer out there that is perfect for your tastebuds. If you're on the hunt for your perfect beer, then you must check out North America's greatest beer fest, Wild West Brew Fest, which is coming to Katy, Texas on April 27th.

The Wild West Brew Fest brings over 50 different breweries from all over and each one of them is bringing at least four different types of beers for you to taste. Some of the breweries in attendance include Southern Star Brewing, Hopfusion Ale Works and Guinness. With entry to the fest, you get to sip on all of your favorite beers along with tons of new ones that may become your new favorites!

Of course there will be food trucks available in case you get hungry after all of that delicious beer tasting. This is the fourth year the festival has occurred and for the last three years, it has been named the Top Beer Festival in North America by BeerYeti.

The festival will have a VIP party the night before which will serve as a preview for all the beers at the festival. You can buy tickets to the VIP party alongside your festival tickets if you are really looking for a good time with the best brews! The party will be on April 26 from 7 p.m. to 10 p.m. at Hop House Katy Mills Mall.

Following the beer festival that will be on Saturday, there will also be a concert by country singer-songwriter Bart Crow that all fest attendees are encouraged to come see.

The fest will be held at Katy Mills Mall at 5000 Katy Mills Circle from 3 p.m. to 9 p.m. Tickets are on sale now and start at just $25 for their general admission and work their way up all the way to $4,000 depending on what type of ticket you chose to purchase.

For a full list of vendors and tickets to Wild West Brew Fest, you can visit their website here.