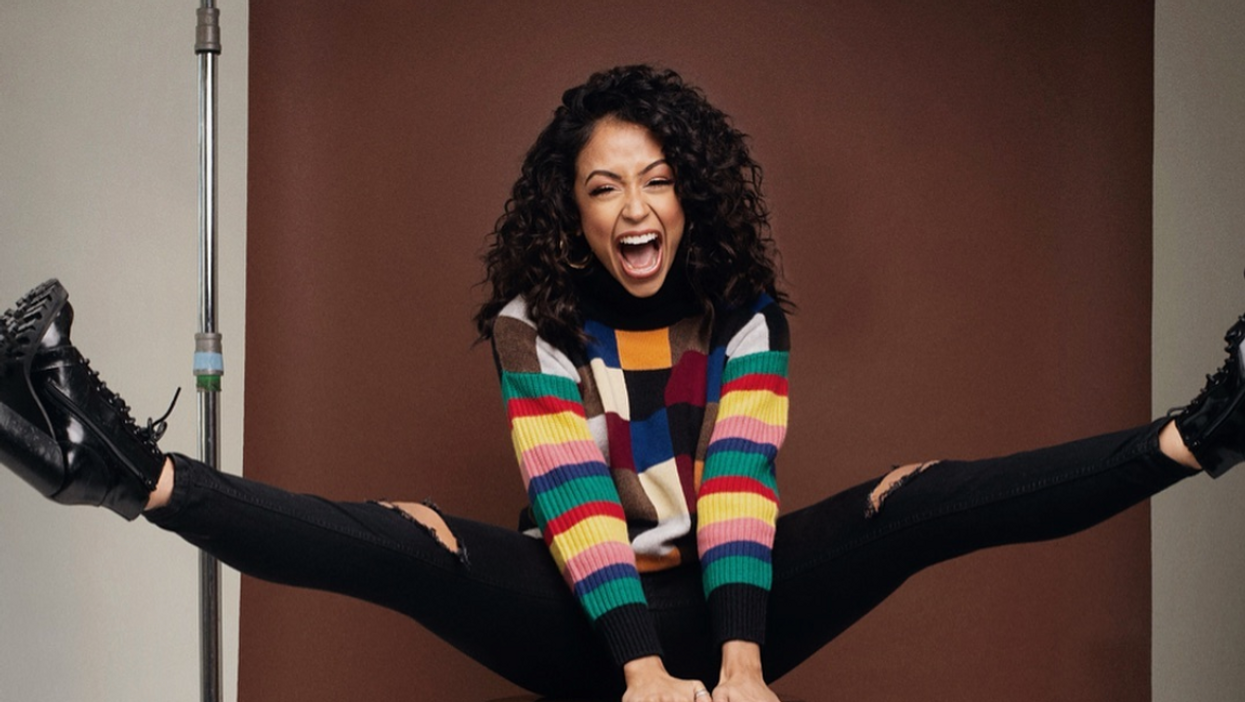 Hey guys! What up? It's your girl Liza comin' at you from none other than the great Houston, Texas. That's right, that spunky "little brown girl" who makes YouTube videos and stars in her own TV show Liza On Demand finds her roots in Houston, TX.

And she's pretty proud of it too (who wouldn't be?). She even made it a bit in her earlier videos where she hair flips to Beyonce singing "Houston, Texas, baby!"

Before she hosted interviews for Vogue on the red carpet, she was filming her very first Vine and YouTube videos in her Houston home.

There, she grew up with her Indian father Jose Koshy, a petroleum executive, and her European mother Jean Carol, a yoga instructor. She has two older sisters—definitely proving that the youngest sibling is the loudest.

She attended Lamar High School where she danced for the drill team, and even went on to study business marketing at the University of Houston before dropping out in 2015 and moving to LA to pursue her budding dreams. I'll have whatever she's having. Thanks.

Koshy expressed in an interview with Access that her parents were always strict on her education, especially her father. So it came as a surprise to Koshy when they were supportive of her quitting school and moving across the country. She noted that they still even frequently send her ideas for videos (that she "doesn't use because they're so bad.") Ah, the best of supportive parents.

Koshy's Vine career had already taken off by the time she dropped out of UH, and by 2017, she had racked up 7 million followers. And in that same year, she became "the fastest YouTube personality to reach 10 million subscribers." I'm starting to feel like maybe she should come back and teach a class or two to UH's marketing program.

Koshy now has more than 17 million YouTube subscribers, is working on season 2 of Liza On Demand, making several appearances on Talk Shows and TV shows, and issuing crazy-flexible pose and dance challenges to her IG followers.