John Legend must have been so confused. 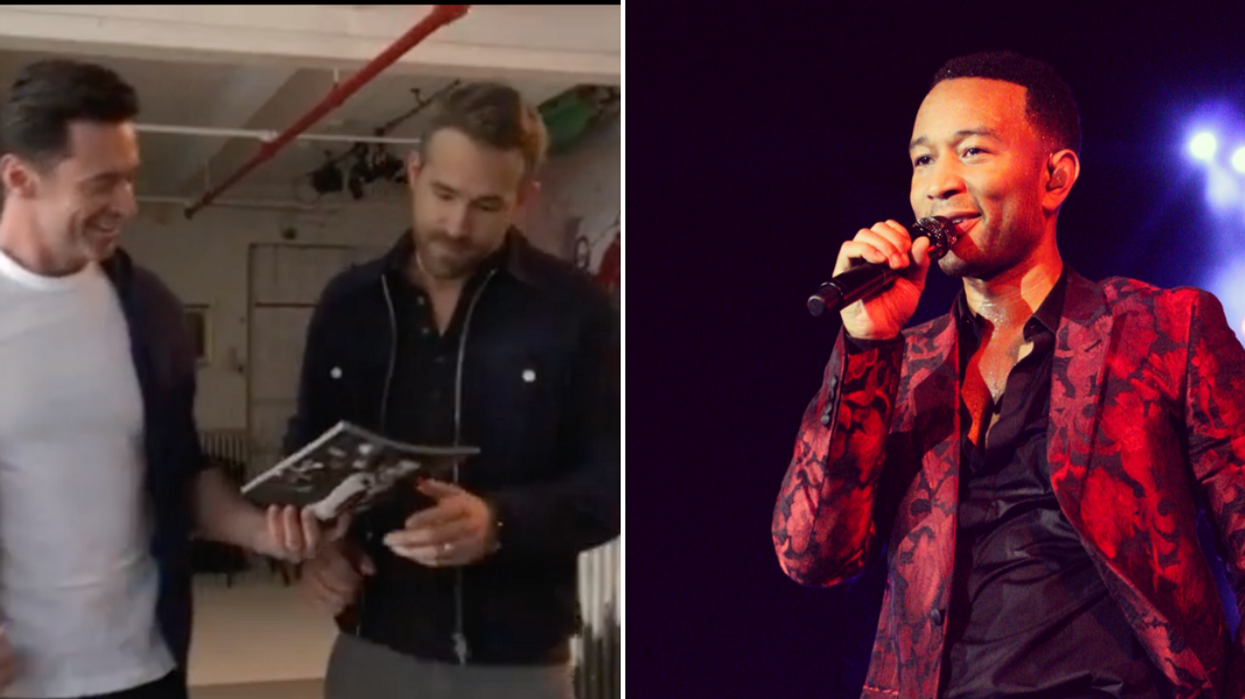 The torch has been passed, and now according to People Magazine, John Legend is the "sexiest man alive." Instead of being upset about having to give up his honorary status, Hugh Jackman decided to use the opportunity to make fun of his best friend, Ryan Reynolds. The saga continues, Hugh Jackman and Ryan Reynolds Instagram trolling just reached a whole new level.

He posted a video of himself casually walking with Reynolds and then "accidentally" dropping an issue of People Magazine 2008 that Jackman was featured on.

Reynolds picks up the magazine and looks it over while Jackman asks, "You've got one of those, right?"

The Canadian actor mentions his win back in 2016 by saying he has an issue somewhere, but that he usually uses Jackman's issue to cut out the eyes of the cover (something his character does in the film Deadpool).

The video ends with Hugh Jackman sticking out his tongue at the camera while holding up the magazine.

You may be asking how exactly this deals with John Legends' win. It's all in the caption.

Jackman took the trolling a step further by penning a hilarious video caption, "Dear John. Massive congrats on joining this very very prestigious group. 99% of the time, People Magazine gets it right. Such as Blake, DJ, etc ... But a word of caution. There is the 1%. Exhibit A. It’s important that you fall in with the right crowd. Enjoy your reign. Love Hugh."

He implied to John Legend that Reynolds' win a few years back was actually a part of the 1% of winners that were undeserving of the title.

While he was obviously joking, this addition to the Jackman vs. Reynolds feud is hilarious.

So far, John Legend has yet to respond to the well-wishes but if he does, we expect no less than something hilarious.