I Refuse To Watch "13 Reasons Why" And This Is Why

Because suicide doesn't need to be glorified. 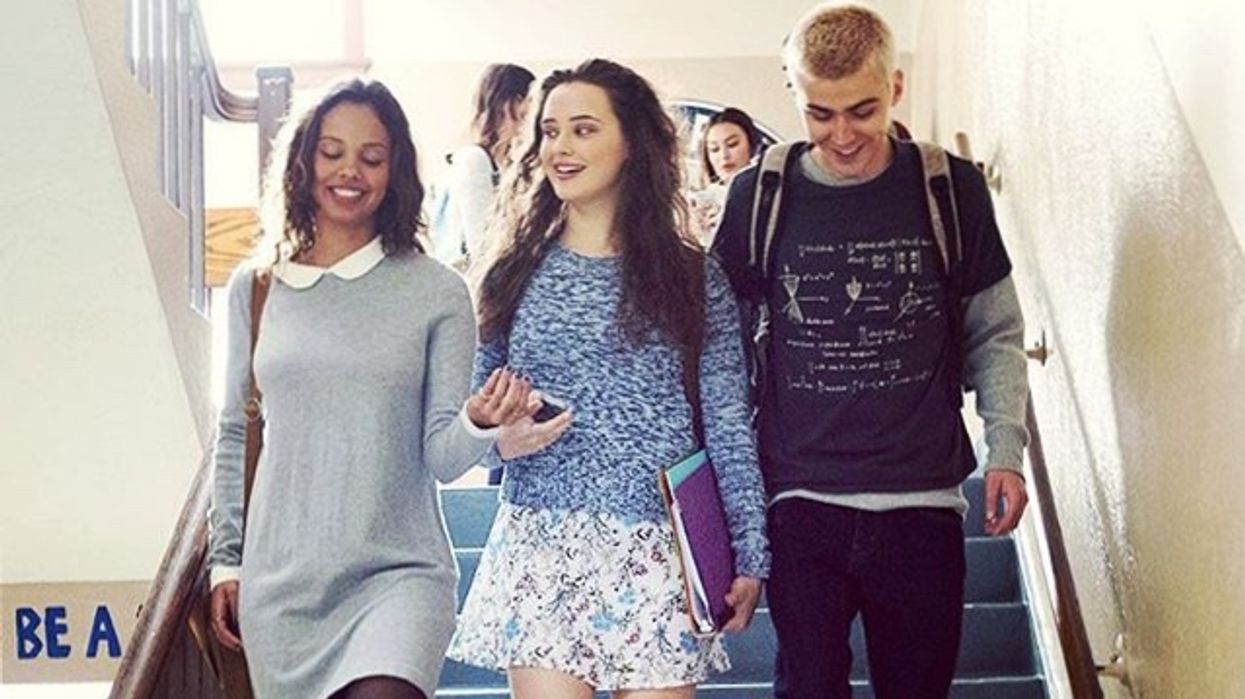 TW: This article will talk about topics that come up in the show, including suicide, rape, and depression, among others. If you or anyone you know suffers from mental health issues, please don't be afraid to get the help that you deserve.

I remember last summer, when "13 Reasons Why" first came out. Everyone and their dog was beyond excited about the show, and it got a lot of very interesting, important conversation happening.

Many of my friends were watching the show and hyping it up, but I never really had any interest in it. I had read the novel when I was younger, and felt like I understood the story being told from that.

Along with the important conversation surrounding mental health that sprung from "13 Reasons" also came a lot of questions. Is the show too graphic? Is it depicting these issues in an unhealthy way? Is it glorifying mental illness/suicide?

Although I've never watched the show, I personally think yes, "13 Reasons Why" is glorifying a lot of these behaviours. The show is supposed to inform audiences about the severity of these issues, and how they can affect individuals and the people surrounding them.

While the show does put the information out there, it does it in such a disgusting and disappointing way. I've seen trigger warnings put up all over Twitter and Instagram, warning people about specific scenes in "13 Reasons Why" where these triggers are not only mentioned but also depicted in a horrifying, graphic way.

Most recently, I've heard a lot of outrage about a particular scene in episode 13 of season 2; one that depicts a very graphic rape. Even at just hearing this news, I'm at a serious loss for words. As I refuse to watch the show, I'll never be subjected to seeing this scene, but thousands of other people will, and I'm sure they'll be strongly affected by it.

It seems that "13 Reasons Why" wants to set off every last person who's been affected by any sort of trigger. The whole point of the book was to look into the mind of someone who was struggling with suicidal thoughts, but Netflix has taken the show and turned it into something "trendy" and "relevant".

From what I've heard, the newest season also features a school shooting, something which has been happening a lot in the real world. I have trouble understanding why this would need to be included in a show about suicide and depression. To this day, I still don't understand why they felt it necessary to continue on a story that had already been finished after one season.

I feel like they could've gone in a totally different direction with the show, making it less graphic but still informative. There was no need for them to give what was essentially a step-by-step guide on how to kill yourself in season one. They did not need to show graphic rape scenes or include a school shooting in the plot just to keep their ratings up.

What astounds me the most, is that they didn't think to include a warning at the beginning of the show until multiple people complained. As if what they're showing wouldn't trigger someone, make someone sick to their stomach, or keep someone up at night.

I know that I'm not the only one who feels this way. Plenty of people have taken to Twitter to voice their opinions:

13 reasons why season 2 episode 13 38:25-39:48 please DONT watch it, do yourself a favor, it’s triggering and unsettling and will genuinely ruin your day.

The last episode of 13 reasons why season 2 is really nuts like wtf ... the whole season was crazy but that last episode was wow

Depression, suicide, rape, and all of these other issues are so important, and they NEED to be talked about. What they don't need though, is to be glorified, and that's exactly what "13 Reasons Why" is doing to them.