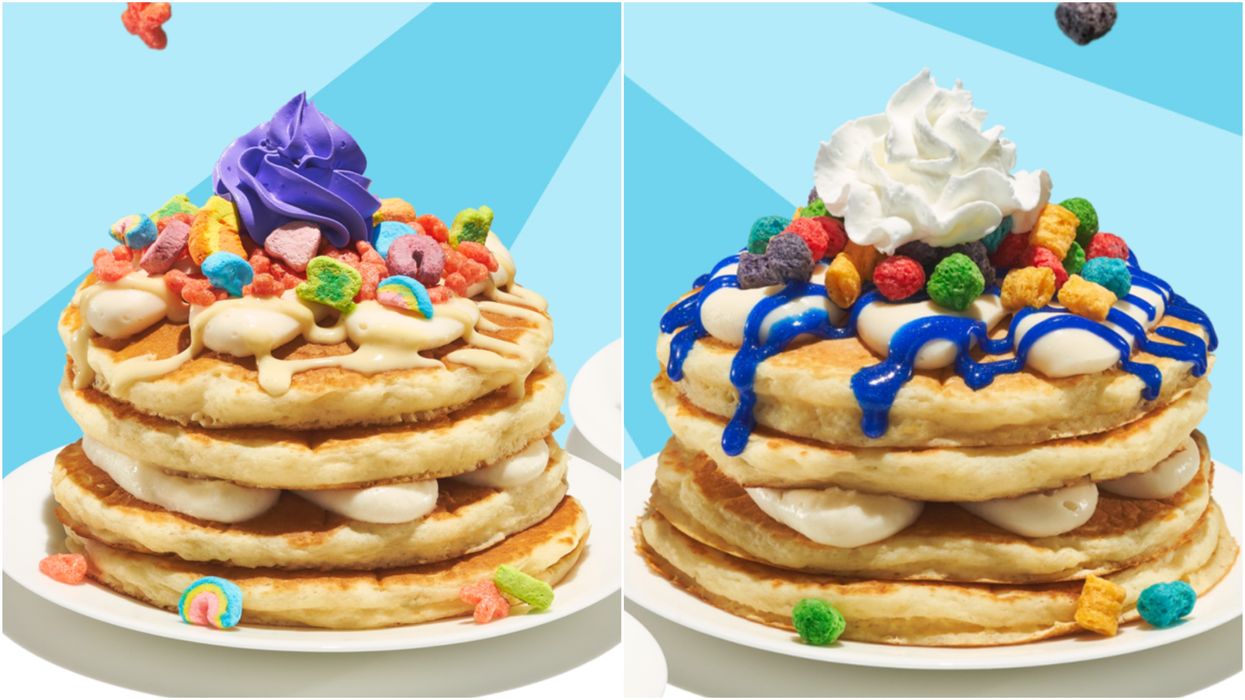 Your breakfast is about to get a whole lot more nostalgic! IHOP’s new cereal pancakes have just landed in Canada, and they’re inspired by all of your favourite childhood snacks. From Cinnamon Toast Crunch to Fruity Lucky Charms, these cereal-topped pancakes are about to make your mornings that little bit sweeter.

In an emailed statement to Narcity, IHOP confirmed that their brand new menu launched in Canada on Monday, March 2.

However, these nostalgic treats will only stick around for a limited time, so don't leave it too late to find your favourite!

If you're having doubts, perhaps the "milk mousse" will change your mind. It's specifically designed to taste like the sweet milk that’s left over after eating a bowl of cereal.

These extra-AF pancakes and shakes are as bright and colourful as you could expect a breakfast to be, and you'll be tucking in to a tasty, if a bit garish, work of art.

The shakes are created with similar ingredients to their floury counterparts, and they sound equally sugary and delicious.

If you think this sounds like a treat worth indulging in, you can find your nearest IHOP location by clicking here.

However, these cereal-based snacks will only be around until April 12, so it could be time for a road trip if you don't have a local restaurant!

Why You Need To Go: Get a huge dose of nostalgia with your morning meal by trying this new, brightly-coloured breakfast menu.