Incels Are At Risk Of Becoming As Big Of A Threat To Canadians As Terrorist Organizations, Experts Believe

Incels have become increasingly more dangerous in recent years, with the Toronto van attack being only an example of how twisted the community really is. 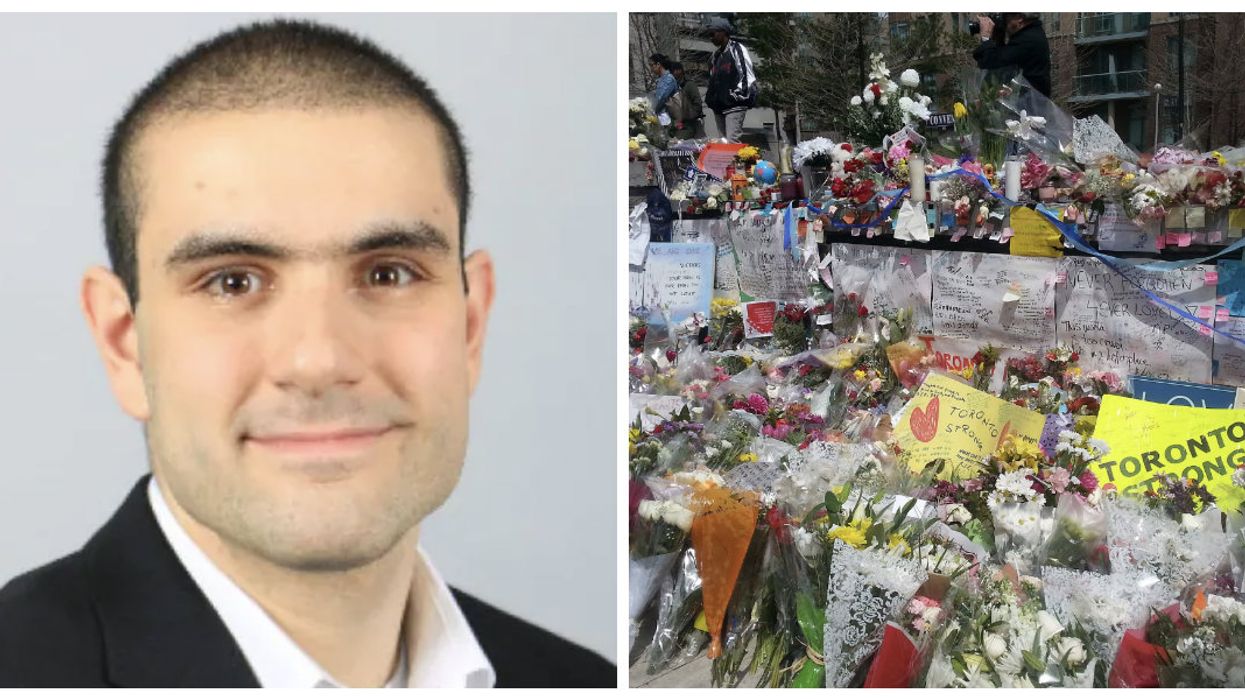 For many Canadians, the Toronto van attack that occurred last April resulting in the tragic deaths of 10 people was one of the first times they had heard the term "incel" before. The term was used to describe the killer behind the attack who rented a van that he would then use to plow through a North York sidewalk in an attempt to deliberately hurt as many pedestrians as possible.

While people learned some details about the incel community in the days following the tragedy, incels have become an even larger issue since then. With the "incel rebellion" only growing more popular, it's worth revisiting the term and understanding how the incel community came about and why people choose to identify with it and eventually hurt others.

The initial beginnings of the incel community actually started in Canada at the hands of a Carleton university student. The female student who was uneasy about the fact that she was still a virgin created a website named "Alana's Involuntary Celibacy Project" that was meant to be an inclusive space where users could share their own experiences. Once Alana eventually got romantically involved with others after moving to Toronto, she handed the site off to a stranger and from there the term that arose from "involuntary celibacy" turned into a harmful community.

In it's simplest form, an incel is someone who is involuntarily celibate, meaning members are people who have been rejected, haven't been successful or propositioned into having sex. More often than not members are against women who identify as feminists specifically and they themselves are aligned with movements and beliefs that involve male power and dominance. Many have also been connected to movements such as the "pickup artist movement" where members teach others how to seduce women.

Most incels believe that women "owe them sex and that they are oppressed for being sexless men" according to a U.S academic named Ross Haenfler. Going even further incels would ideally like "to be able to have access to women's bodies whenever without any backlash or input for women."

Frequently used terms in incel forums are names such as "Chads" and "Stacys". The names are meant to symbolize the people in society that incels despise the most. "Chads" are meant to represent attractive men that women often "fall for", while "Stacys" are meant to describe women who reject members of the incel community in favour of men who fit more of a "Chad" description.

Other terms frequently used within incel communities are "normies" which describes "normal people" and "femoid" which is used to describe women that members believe are not fully human. Instead, they are partly androids who are only interested in sleeping with men who are identified as "Chads."

The incel community in the past has thrived on platforms such as Reddit. The site has previously taken down an incel Reddit forum that had more than 40,000 members. It was one of the first times the platform had removed a forum due to the contents involving members encouraging each other to rape, kill and engage in other violent offences.

This hasn't stopped incels from communicating with each other online, though, considering the internet is often their main source of communication with each other as most identify as incels anonymously. Instead of disappearing altogether, communities have simply moved to other platforms such as incel.me or 4chan. What's especially concerning about the incel community is their belief that they have taken the "black pill." The belief stems from the movie The Matrix where incels believe they have taken a pill that has left them to live a life that was doomed from the start and shows no signs of them ever being able "to win." This is where members will often encourage other incels who are considering suicide to "go out with a bang" by killing others in the process of their own attempt to die.

An example of the threats that incel communities can pose is seen specifically in the Toronto van attack. Where you have Alex Minassian posting to Facebook in allegiance with the "incel rebellion" before killing 10 people in a van and attempting to provoke a police officer into shooting him. Since the tragedy, members of incel forums have been praising Minassian who was inspired by the internet to act out, even going as far as to regard him as a "hero".

Minassian isn't the only incel who has been celebrated for committing violent attacks. Members of the community praise people such as Elliot Rodger who killed 6 people and injured 14 in a California mass shooting back in 2014 before shooting himself. Roger is celebrated by the community after leaving behind notes where he referred to himself as a "supreme gentleman" who wanted to "punish all females for the crime of depriving [him] of sex".

What's clear about incels is that they have quickly become a seriously dangerous and concerning collection of people. When police in cases such as the Toronto van attack claim to be "apprehensive" about labelling incels such as Minassian as members of the community, we are only stifling ourselves from addressing a situation that is quickly becoming out of control.

With the federal government continuing to remain silent on the issue, we can only assume that with incel communities gaining more members that the community will only become more destructive. While the incel community is an area of the internet that can be terrifying to venture into, we cannot afford to ignore it anymore.