How are we supposed to do it for the gram now? 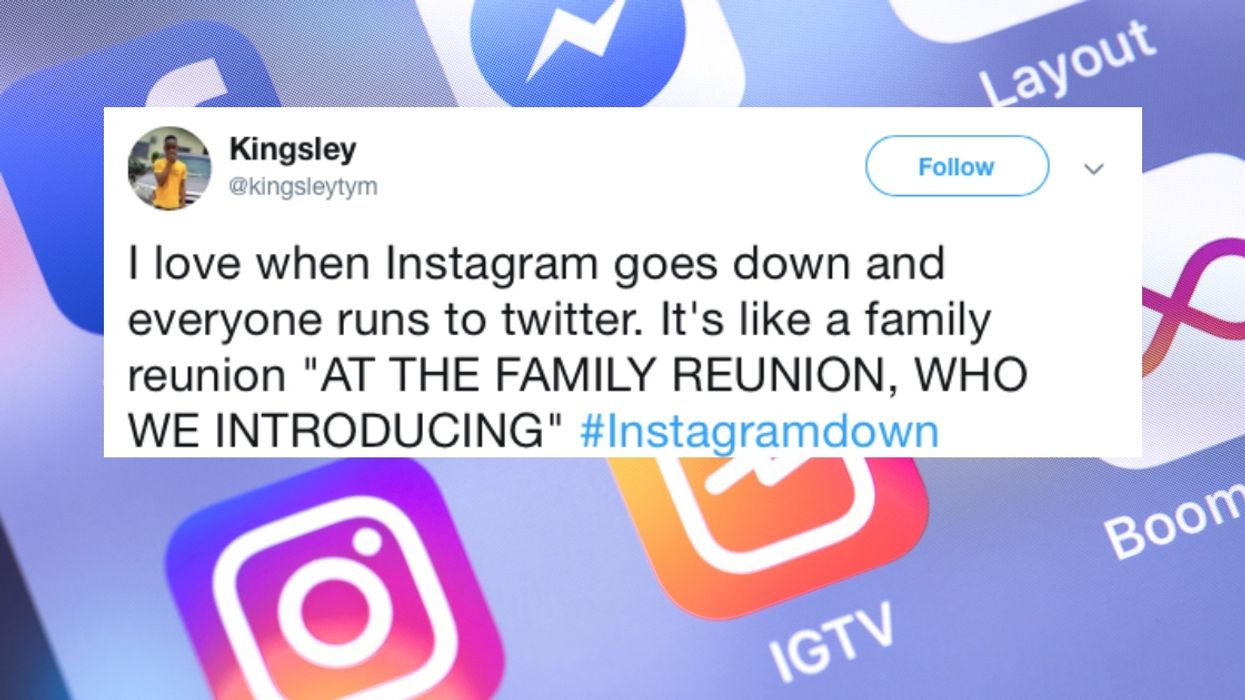 No, you’re not going insane. One of our favourite apps was actually down and the Internet was freaking out. While technical difficulties may be causing this outage, at least we can all enjoy the reacionts. Instagram is down and Twitter reactions are hilarious. Sit back and enjoy some of the best tweets we could find.

Instagram users all around the world were unable to scroll through their favourite celebrity's feeds and like each other's posts because the app is down. While we wish this were untrue, we are here to bear the bad news if you didn’t already know.

While this sucks for a variety of reasons, it is kind of hilarious at the same time. Every time this happens, the Internet becomes a roast fest of memes, witty one-liners, and relevant gifs, and today is no different.

Many people are quick to point out that they will continuously refresh the app until it works, and we are right with you. To be fair, some people may not have even realized the app was down until we checked Twitter.

Apparently, lots of people expressed their thoughts on the outage to Instagram directly. So much so that they released a tweet explaining to users that they were "aware" of the outage.

Some people even said that this is the only time Twitter actually gets the recognition it deserves.

Needless to say, the tweets are extensive and outrageous but we have compiled a list of some of the best.

So now you can all go back to scrolling endlessly through your Instagram feeds.