17 Moving Photos From The Iran Plane Crash Vigils Across Canada

People gathered to mourn together. 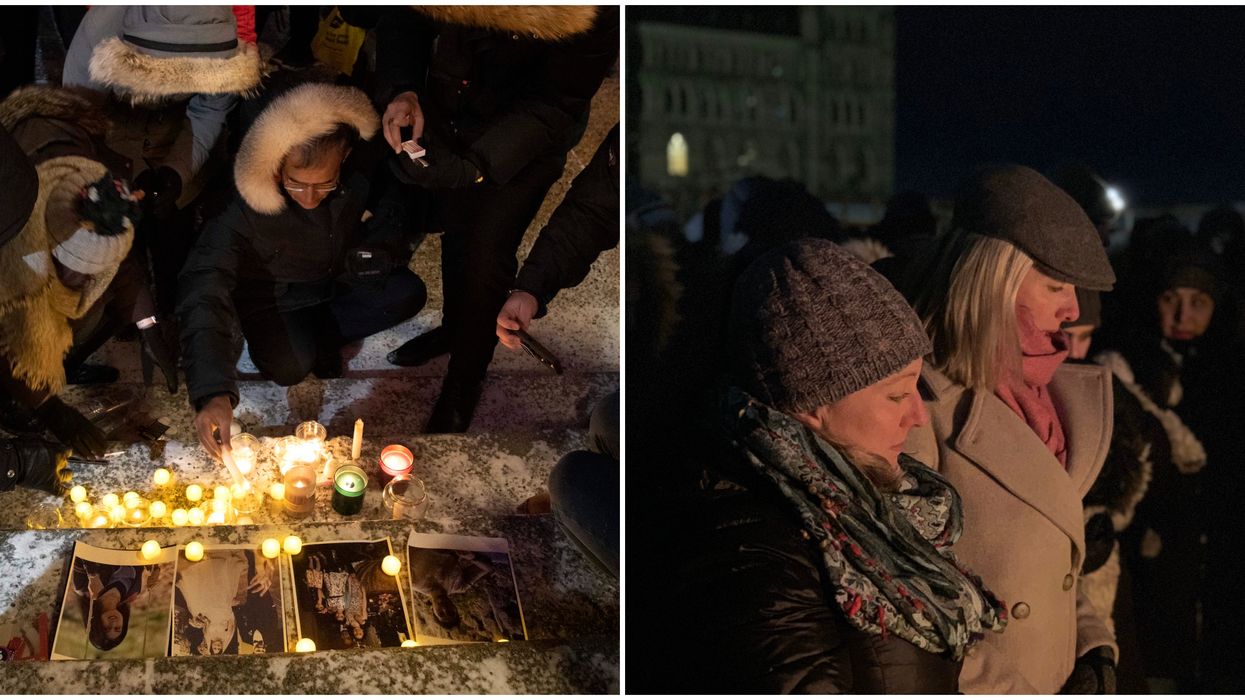 As people gathered nationwide to pay their respects and mourn, the photos of the events show just how much the downing of flight PS752 is affecting Canadians. The Iran plane crash vigils held across Canada were emotional and sombre. With so many Canadian victims of the tragic plane crash, people all over the country came out to express their grief with their communities.

After the downing of Ukraine International Airlines flight PS752 in Iran, people across Canada came together to organize and attend vigils paying their respects to the people who lost their lives in the crash.

Days after the plane went down and amid speculation about why it crashed just minutes after takeoff, Iran admitted that flight PS752 was shot down unintentionally.

It was initially believed that 63 Canadians died in the crash but on January 10, Canada's foreign affairs minister François-Philippe Champagne said that the number had dropped to 57 based on the latest information available.

In the days after news of the tragedy broke, Canadians gathered in cities all over the country to mourn together.

Even Prime Minister Justin Trudeau attended one in Ottawa.

Here are 17 photos of the emotional vigils held across Canada for the victims of the plane crash.

In our nation’s capital, mourners gathered alongside Trudeau on Parliament Hill.

People laid down flowers and stood in silence together in front of the memorial which had pictures of local victims of the crash.

There were a few vigils held in Toronto and the GTA in the days after the crash.

Most notably, big crowds gathered at Mel Lastman Square to mourn the loss of people from Ontario who died in the tragic event, many of them were students.

In Montreal, mourners gathered outside of Concordia University to remember Quebecers who lost their lives.

There were songs, speeches and a moment of silence at the candlelight vigil.

A couple who were in Iran for their wedding and died in the crash were former students at the school.

People in Edmonton attended a vigil outside of the Alberta Legislature Building to pay their respects to people from the city who died in the crash.

In North Vancouver, people gathered in front of a bakery to remember the mother and daughter who ran the shop.

People laid flowers and lit candles at the vigil.

Mourners also gathered at the University of British Columbia to grieve the loss of the victims who had ties to the school.

There were many more vigils across Canada in the days following the crash and the country continues to mourn the losses together.