The plane was reportedly mistaken for a "hostile target." 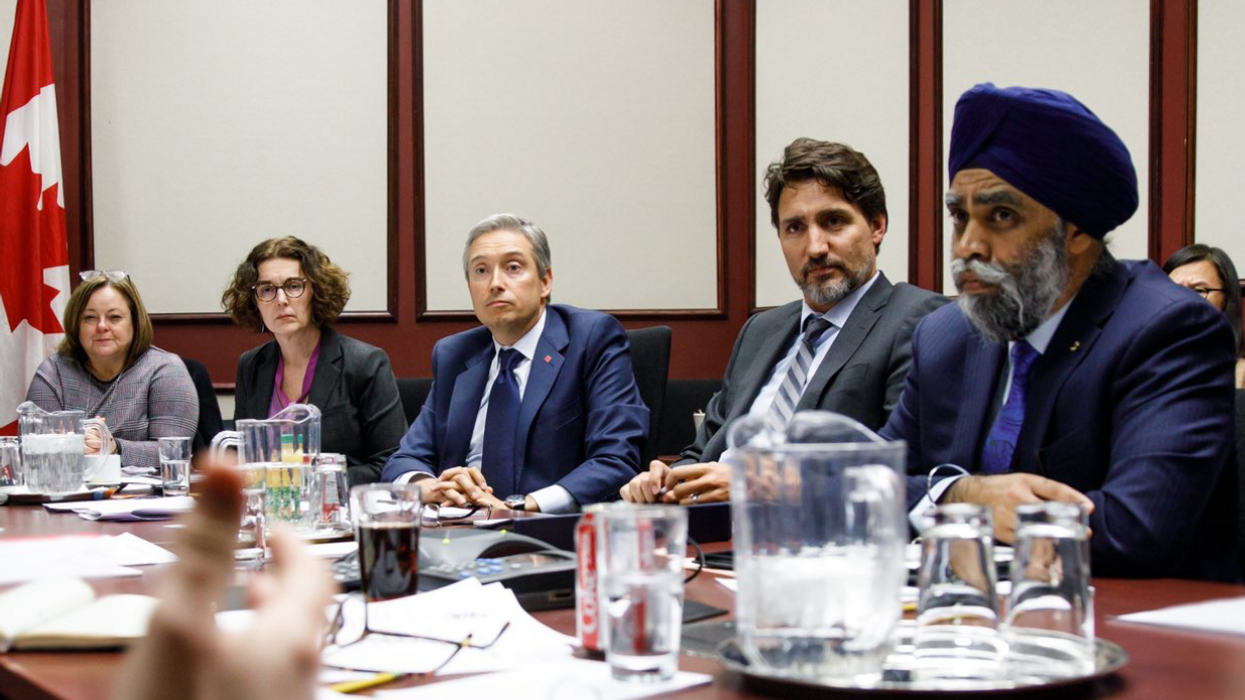 After several days of speculation as to the cause of Wednesday’s deadly plane crash in Iran, officials in the country have now confirmed that the Iranian military did “unintentionally” shoot down Flight PS752 shortly after take-off. In a statement on Twitter, Prime Minister Justin Trudeau promised a “thorough investigation” into the crash, adding that “Canadians deserve answers.”

According to a military statement from Iran, the passenger plane was mistaken for a “hostile target” as it flew closer to a "sensitive military centre" of Iran's Revolutionary Guard.

The statement explained that the Iranian military was at its "highest level of readiness" when the aircraft was shot down on Wednesday, due to ongoing tensions with the United States.

Flight PS752 was shot down early on Wednesday morning in the Iranian capital of Tehran, just hours after Iran launched a ballistic missile attack on two military bases housing US troops in Iraq.*

In a tweet on Friday night, Iran’s president acknowledged the horror of Wednesday’s crash, which killed all 176 people on board.

“The Islamic Republic of Iran deeply regrets this disastrous mistake,” Hassan Rouhani wrote, “My thoughts and prayers go to all the mourning families."

The Islamic Republic of Iran deeply regrets this disastrous mistake. My thoughts and prayers go to all the mournin… https://t.co/bLlBdIyL3i
— Hassan Rouhani (@Hassan Rouhani)1578717796.0

While it was initially believed that 63 Canadians were killed in Wednesday's crash, this has recently been updated to 57 Canadian victims.

On Saturday morning, Prime Minister Justin Trudeau responded to the latest statement from Iran, saying that the Canadian government's focus remained on "finding closure and justice for families and loved ones of the victims."

He continued, "We will continue working with our partners around the world to ensure a complete and thorough investigation, and the Canadian government expects full co-operation from Iranian authorities."

Ex-Conservative Party leader Andrew Scheer also took to Twitter on Friday night to acknowledge the tragedy, writing, “Canadians deserve to know what happened and we call on Iran to fully cooperate with investigation."

While People’s Party of Canada leader Maxime Bernier urged Canadians not to blame US President Donald Trump for the horrific crash.

He tweeted, “... It’s completely indecent to blame the American president for it."

I hope we find out the truth about how Flight 752 could have been gunned down by an Iranian missile, whether accide… https://t.co/I12bgvJh1v
— Maxime Bernier (@Maxime Bernier)1578690982.0

As Canadians gather across the country to mourn, we're all also looking for answers. I wholeheartedly support the… https://t.co/OU5gZ2aYKe
— Jagmeet Singh (@Jagmeet Singh)1578681977.0

On Saturday morning, Canadian Foreign Affairs Minister François-Philippe Champagne announced a new coalition of countries, who will be joining together to call for a thorough investigation of what happened to Flight PS752.

The group will feature representatives from several countries who had passengers on the plane, including Canada, U.K., Sweden, Ukraine and Afghanistan.

Editor's note: This article has been edited.