Is Dan Levy Married? The Actor Is Engaged On His Hit Show "Schitt's Creek" 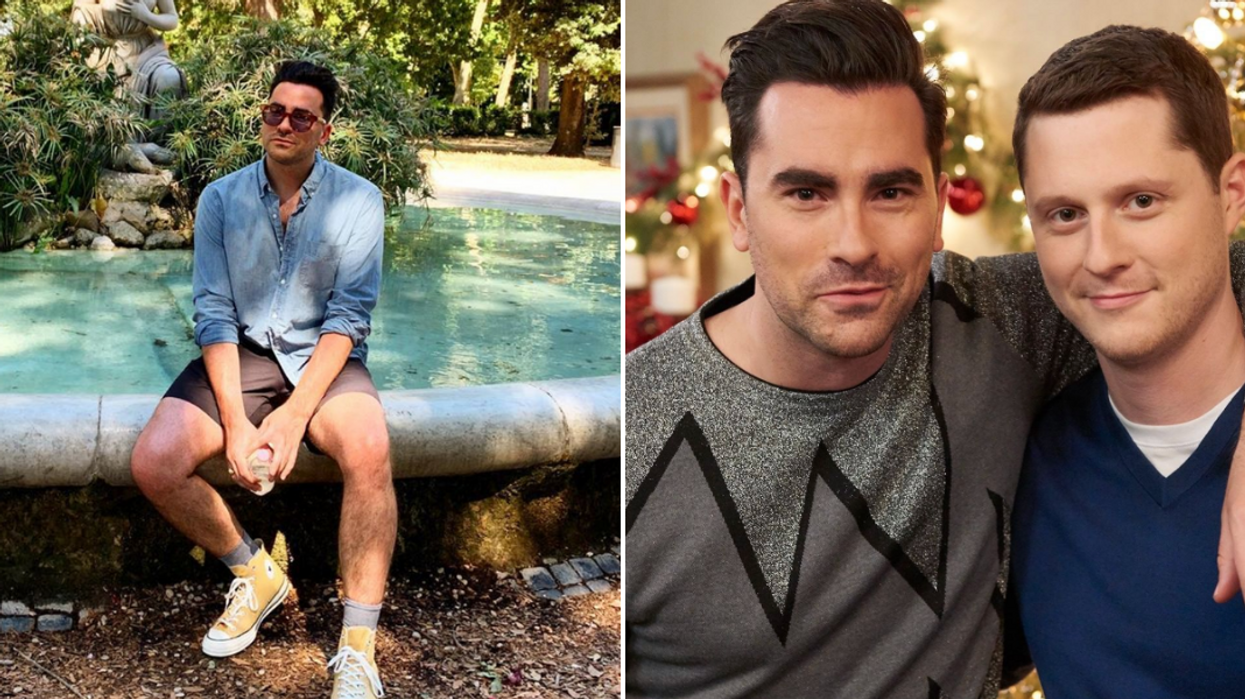 The world has been following the Roses and their journey in Schitt's Creek for almost 6 years now. Viewers have seen everything from their downfall to finally finding what the true meaning of family is. However, it's sometimes hard to remember that the comedies characters don't live the same life as their actors. For instance, is Dan Levy married? The actor is engaged on the show but otherwise has a drastically different life.

Levy's character, David Rose, came from a life of lavish. With a famous soap opera actress as his mother and a video rental chain owner for a father, he wanted for nothing.

He was forced to become humbled when the Roses became bankrupt, but that allowed him to grow close to his family, start his own business, and find the love of his life, Patrick.

While the Canadian actor, like his character, did grow up with famous parents, his life in Canada was much more humbled. He attended public school in Toronto and in contrast to David's partying and travelling, worked his way up in the film industry by pursuing degrees at Ryerson and York University.

While there are clear differences between Dan and David, there are also a lot of similarities. For instance, his father on the show, Johnny Rose, is also his father in real life, Eugene Levy. The resemblance is uncanny!

The Schitt's Creek resident also reveals that he's pansexual on the show; the 36-year-old actor himself is a part of and an advocate for the LGBTQ+ community. He was recently honoured for his work with GLAAD.

More importantly, both David Rose and Dan Levy are comedians by nature. Not only does Levy star in the hit sitcom, but he's also a co-creator alongside his father.

The actor, on many occasions, has mentioned how grateful he is to have the opportunity to share Schitt's Creek with the world. With the show coming to an end, it's amazing to see how far both he and his character have come.

From starting as a small Canadian comedy, moving onto international Netflix, and all the way to getting Emmy nominations, Schitt's Creek has had an iconic glow up this last decade.

You can catch the final season of Schitt's Creek on CBC January 7, 2020.