Biebs is on the ice before he goes on tour. 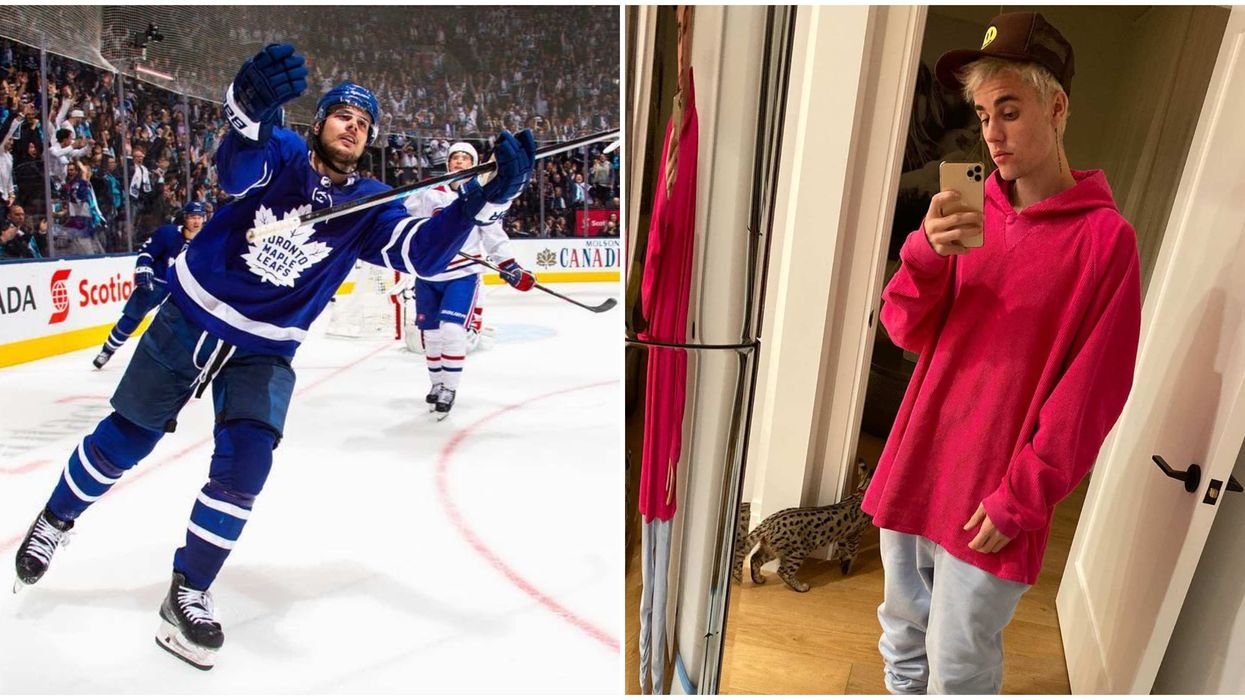 Mike Babcock might be out, but the Biebs is in. After he posed in full Leafs gear next to Auston Matthews in a recent Instagram Story, we were left wondering, is Justin Bieber on the Toronto Maple Leafs?

The #Bieber2020 tour will bring the performer and part-time Leafs player to only four Canadian cities next year.

Hot off of his announcement about his upcoming tour, Bieber was at the William Allman Memorial Arena in Stratford, Ontario on Thursday, December 26.

In an Instagram story posted on Matthews' account, you can see all four of them dressed in their Leafs jerseys. They look like the unofficial starting lineup for the next Leafs game.

The post's caption only says "Light sheet work," which is like hockey speak for putting in a bit of work. It looks like the four of them were suited up to hit the ice with the Stratford Warriors.

There's been no official word from the Toronto Maple Leafs about Bieber joining the team but it seems pretty unlikely. He would have a hard time balancing his tour schedule with his hockey schedule.

Maybe Bieber's cameo appearance on the Leafs' lineup won't draw as much backlash as Toronto's "chair girl" did on Drake's music video.

Justin Bieber has always been a big Leafs fan and you can often catch him in the stands at games.

The sweater has a giant golden bow on it and makes the wearer look like they're a wrapped up gift. In a post on Instagram, Matthews asked @VancityReynolds if he was cool with him borrowing the sweater.