You can catch the 1995 flick on Amazon Prime Canada! 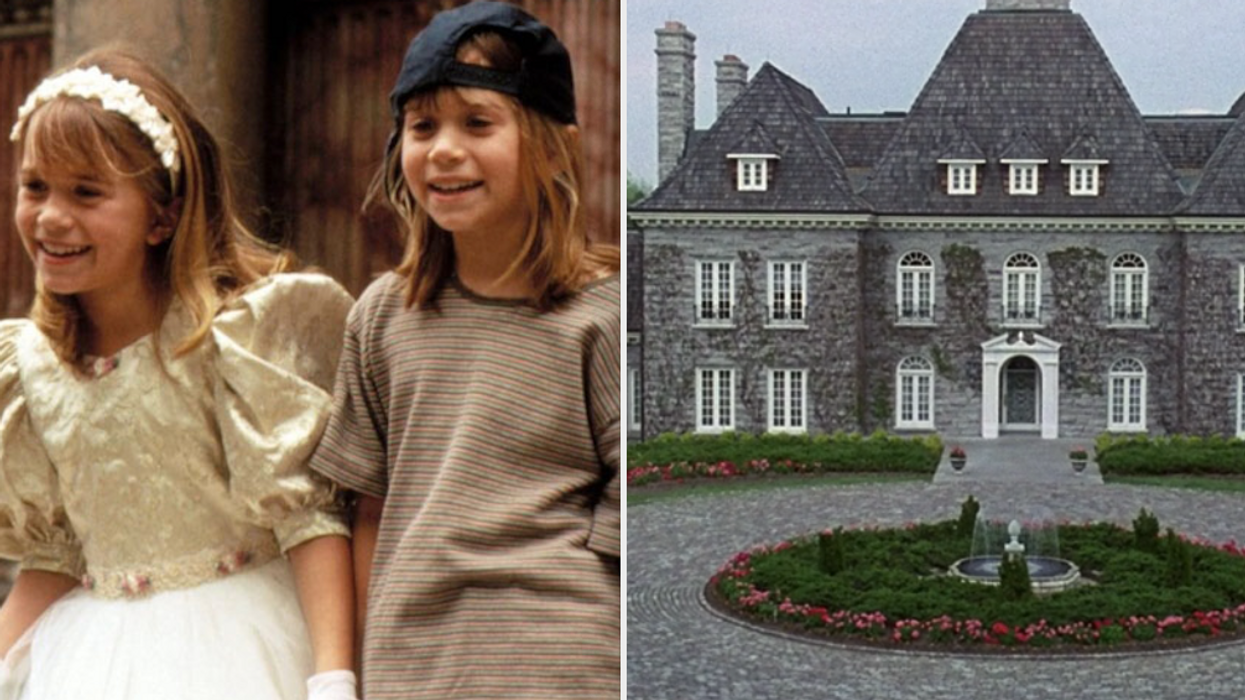 Though the film came out 25 years ago, it's still a classic today that you can actually watch on Amazon Prime Canada. Who can resist the adorable Mary-Kate and Ashley in action together?

If you need a memory refresher, the 1995 flick followed a pair of identical girls who (literally) bump into each other one day at camp.

Mary-Kate's character Amanda Lemmon is an orphan living with a social worker. Ashley plays Alyssa Callaway, the daughter of a single and extremely wealthy father who intends to marry a woman she's not too fond of.

Not only do the conniving little girls switch lives since they're totally identical, but they also hash up a plan to get Alyssa's dad and Amanda's social worker to hook up.

Starring opposite the twins is Kirstie Alley, Steve Guttenberg, and Jane Sibbett.

According to IMDb, Production took place in a couple of areas around North America. Manhattan, New York City, and Ohio are among the US locations.

But a huge chunk of it was also filmed in areas around Ontario! You can totally visit them and look out for your long lost twin while you're there too.

The first filming location listed on IMDb is Camp Mini-Yo-We located in Muskoka, which is where the girls run into each other in the forest. Located at 1878 Muskoka District Road 10, the camp is still up and running and offers programs for leadership, discovery, boys, girls, and youth.

Trinity College at U of T

According to the Torontoist, the private school that Alyssa attends was actually filmed at the University of Toronto. Trinity College is located at 6 Hoskin Ave. and was founded back in 1851.

Alyssa's extremely rich father Roger Callaway owns a mansion, obviously. You can catch a glimpse of the inside of the palace in the trailer above. Huffington Post claims that it's actually located at 68 The Bridle Path in North York. It's 28,000-square-feet and valued at $25 million with 14 bathrooms, 10 bedrooms, and an indoor pool.

The end of the flick features a big wedding. Since it was set in New York, the outside was filmed in Manhattan but the inside was filmed at The Cathedral Church of St. James, per Torontoist. You can visit the church in downtown Toronto at 106 King St E.

The Torontoist writes that a scene featuring kids working in a junkyard actually took place at the West Don Lands. The area is surrounded by Don River, King Street, and Parliament Street in Toronto and is currently under big reconstruction.

You might need to find some famous friends to visit the private terminal at Toronto's international airport. The Torontoist claims that the "executive air terminal" was filmed at Pearson and you can even catch a glimpse of an Air Canada jet in the background.